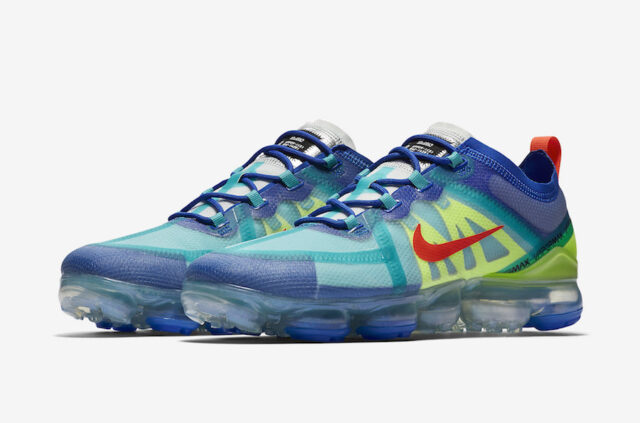 Nike is set to release another vibrant-colored VaporMax 2019 which comes dressed in a clean color scheme ideal for the Summer. It opts for a bold motif done in shades of Blue, Volt and Crimson color scheme. Silver tongues atop a clear VaporMax sole unit completes the design.
Look for this Nike Air VaporMax 2019 to drop on June 15th at select retailers and Nike.com for the retail price of $190. 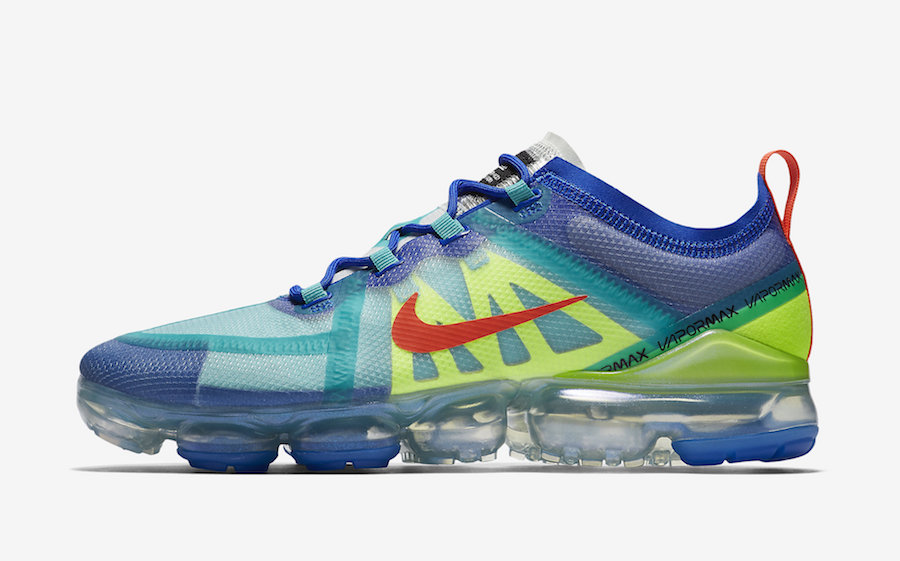 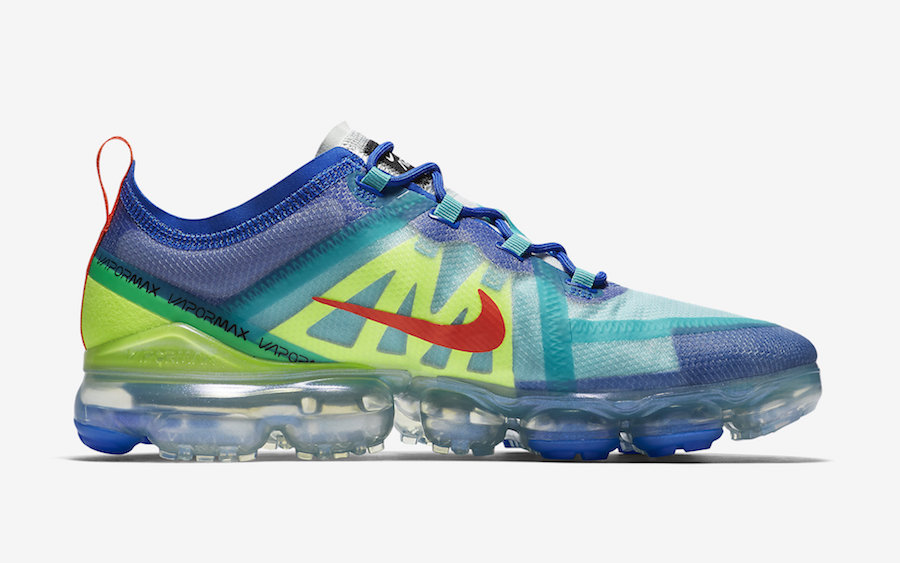 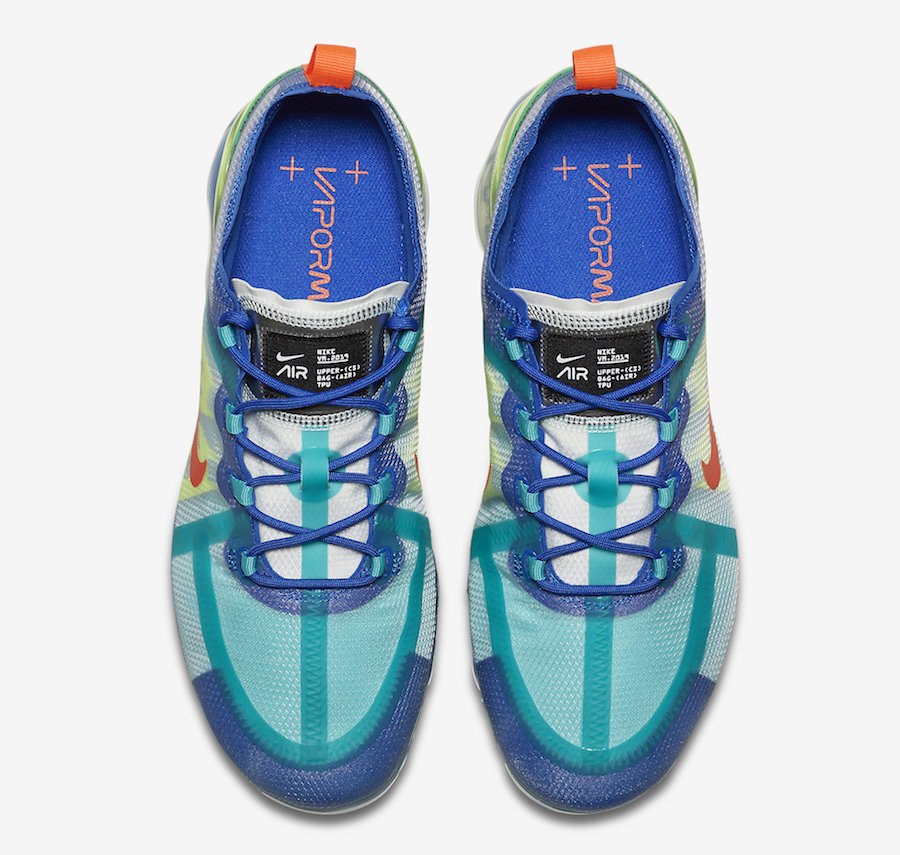 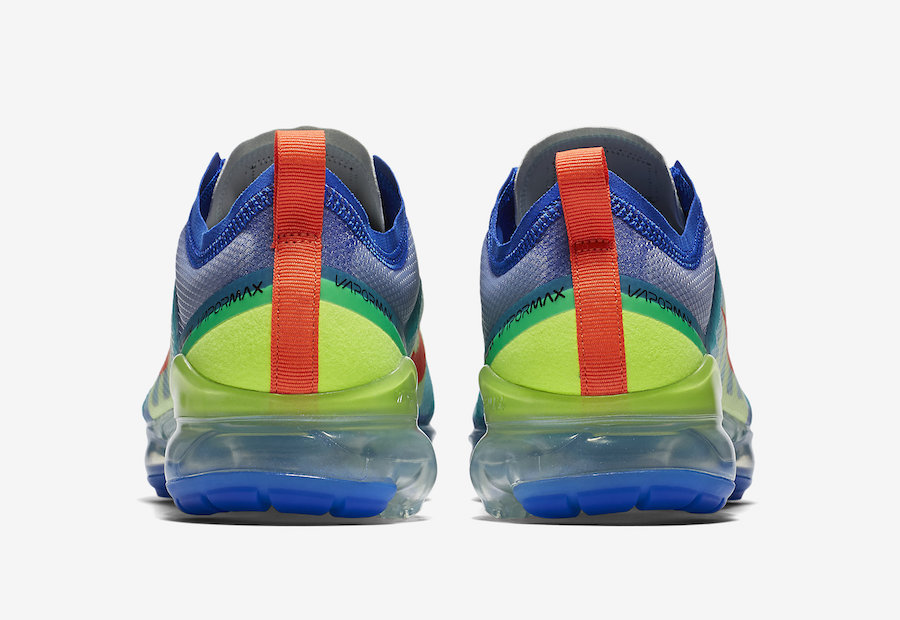 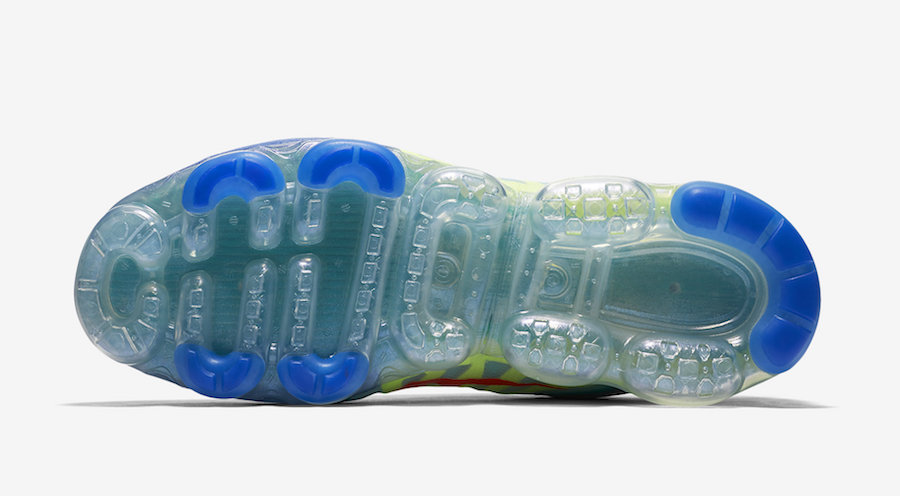