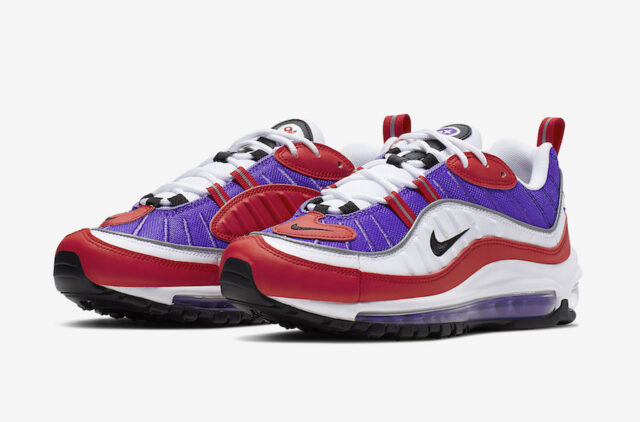 With the Toronto Raptors on the verge of winning their first championship, here is the perfect pair of Air Max 98s to celebrate the historic occasion. This women’s exclusive colorway of the model comes dressed in a Psychic Purple, Black, and University Red color scheme resulting in a classic Toronto Raptors from the 90s motif. Black detailing on the Swooshes, tongue, lace loops and rubber outsole completes the design.
The Nike WMNS Air Max 98 Psychic Purple University Red has no release date yet, but it is expected to drop shortly at select retailers and Nike.com for the retail price of $160. 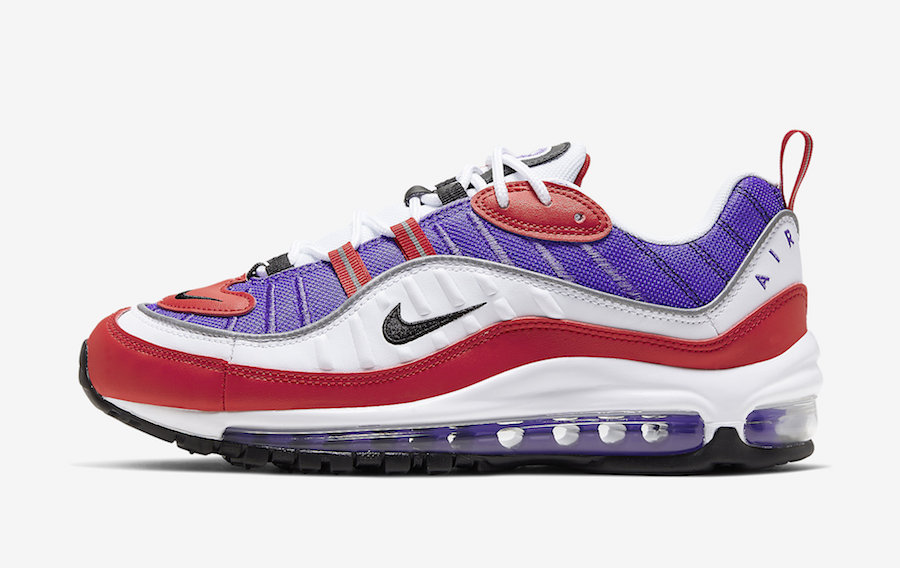 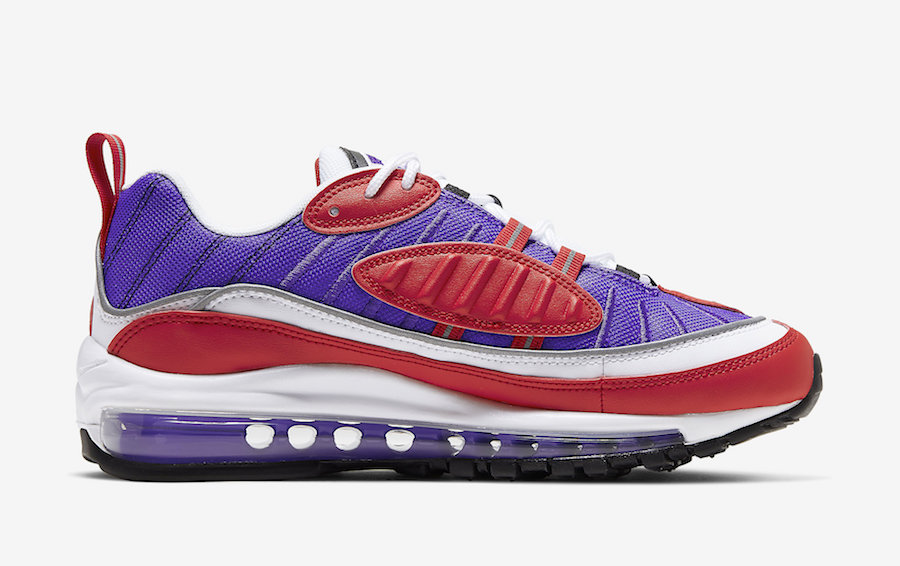 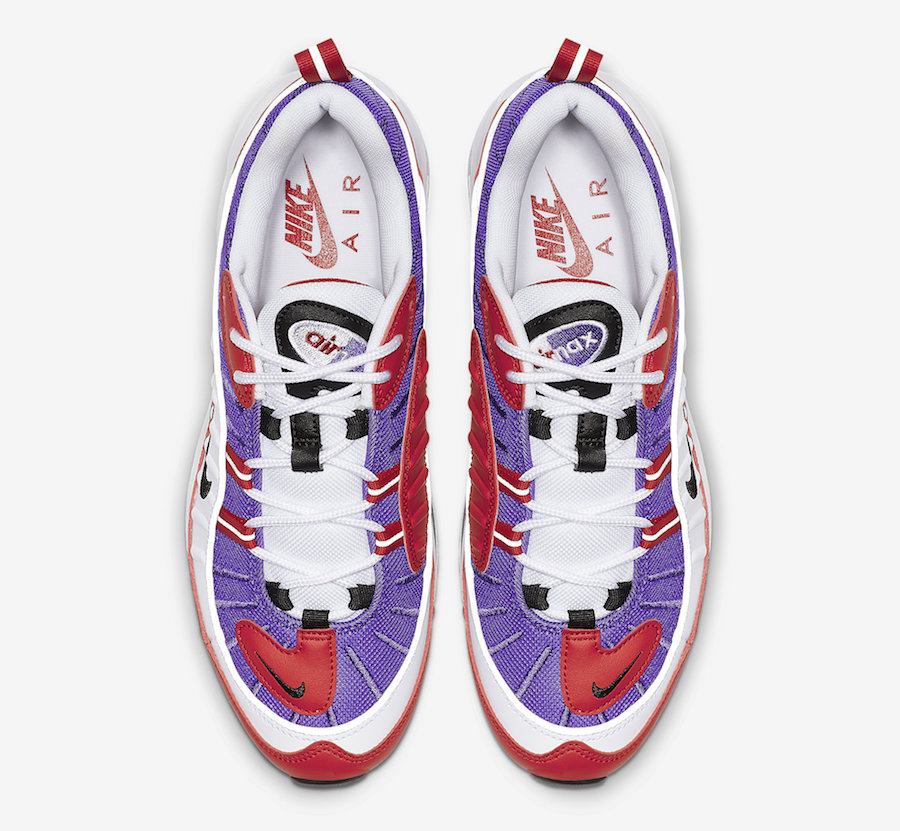 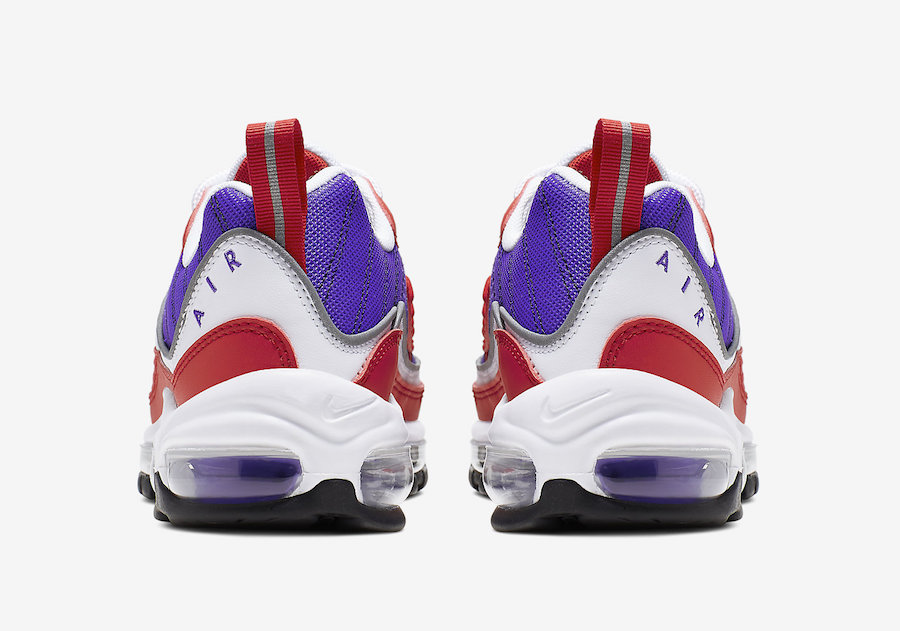 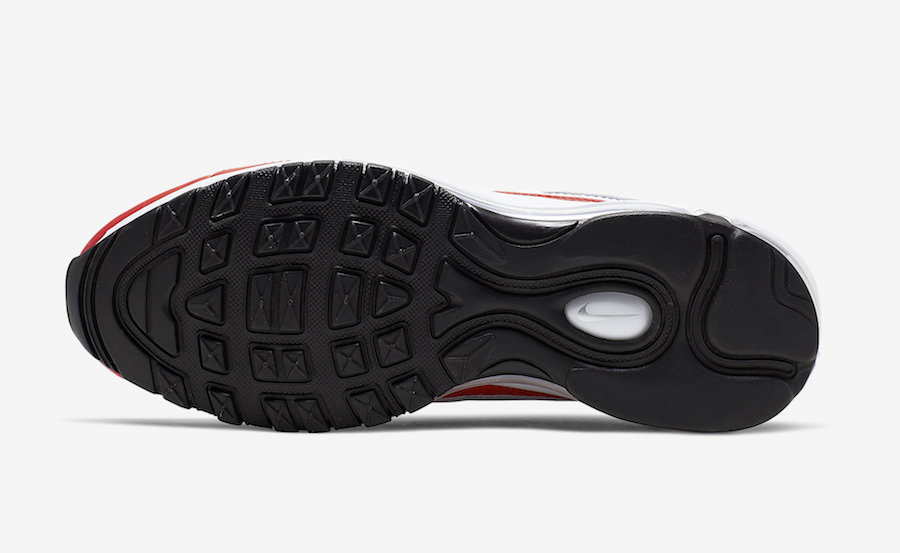