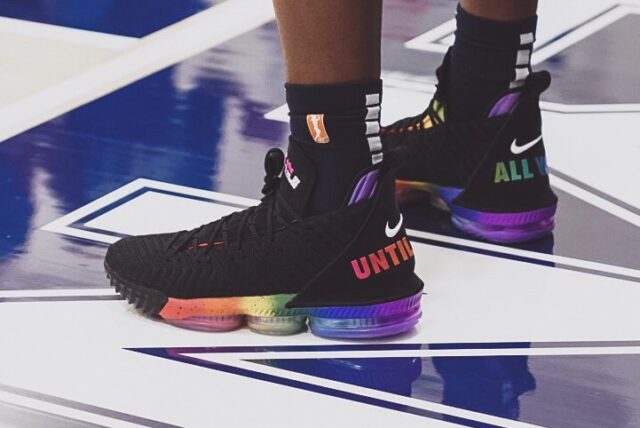 With the Nike 2019 BETRUE collection already released, we give you a look at one of the pairs that was created but did not make it to retailers. This Nike LeBron 16 was revealed by Minnesota Lynx center Sylvia Fowles. This special colorway of the Nike LeBron 16 features a black Battleknit construction on the upper with rainbow detailing placed all throughout the midsole. More hits of color can be seen on the tongue branding and sockliner along with “UNTIL WE ALL WIN” in rainbow colors placed on the heels.
Let’s get a better look at the “Be True” Nike LeBron 16s below. 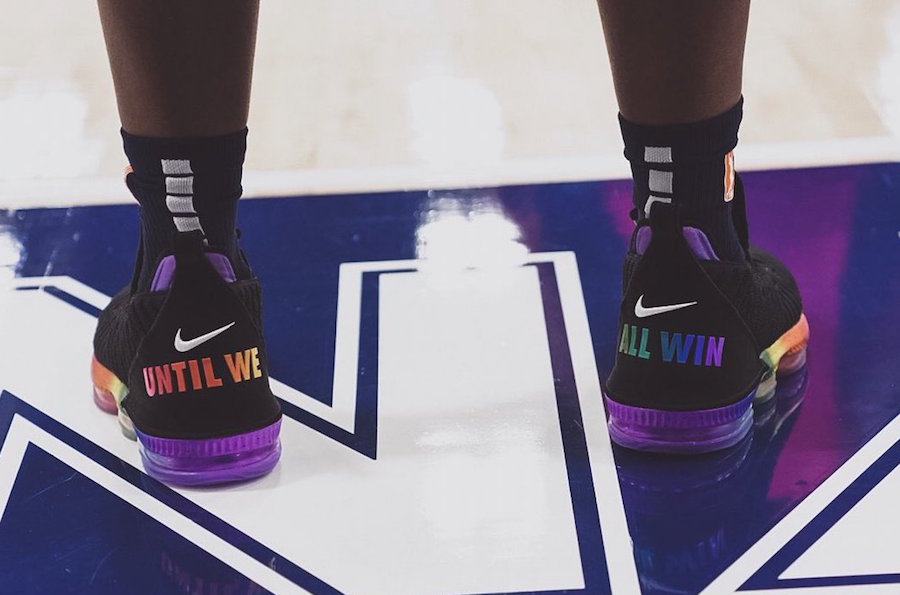