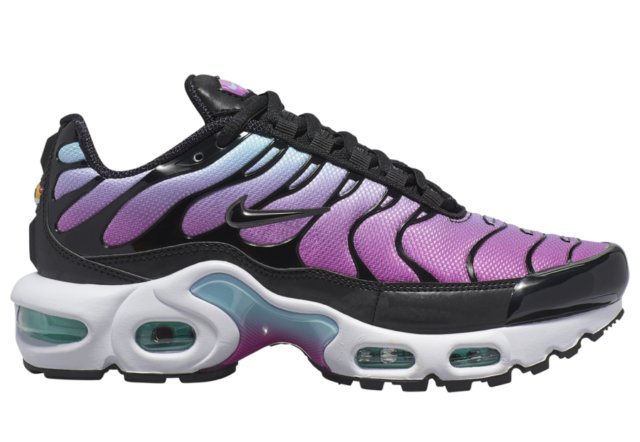 Nike will soon be releasing this brand new colorway of the Nike Air Max Plus during the summer months. This new shoe features a Purple-to-Light Blue gradient upper with Black detailing on the overlays, Swoosh logos, mudguards, and plastic toes. The “TN” logo on the heel, Light Blue air bubbles, Black rubber outsole and Yellow Tuned Air pods complete the look.
Check out the photos and expect this Air Max Plus to release very soon at select retailers and Nike.com. 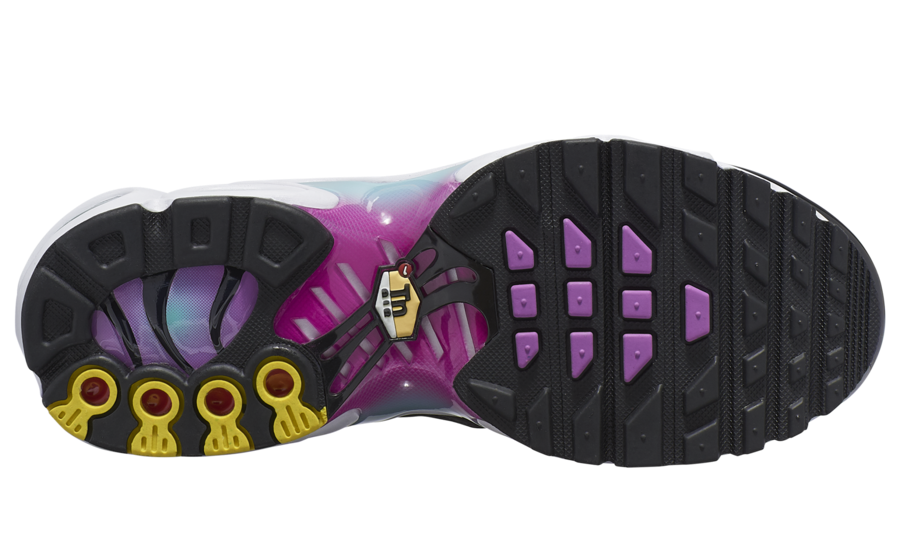