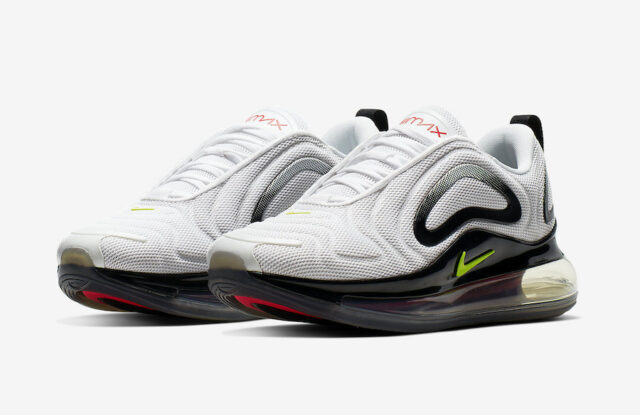 Nike is set to release a brand new iteration of the Air Max 720 that will be arriving exclusively for the kids. It starts off with a White mesh upper contrasted by the Black accents on the plastic overlays which also comes equipped with the White/Black gradient dotted detailing. Volt accents on the Swoosh logos with hits of Red on the tongues and Air Max 720 sole completes the design.
Check out the images, and look for the Nike Air Max 720 GS White Volt at select retailers and Nike.com for the retail price of $160. 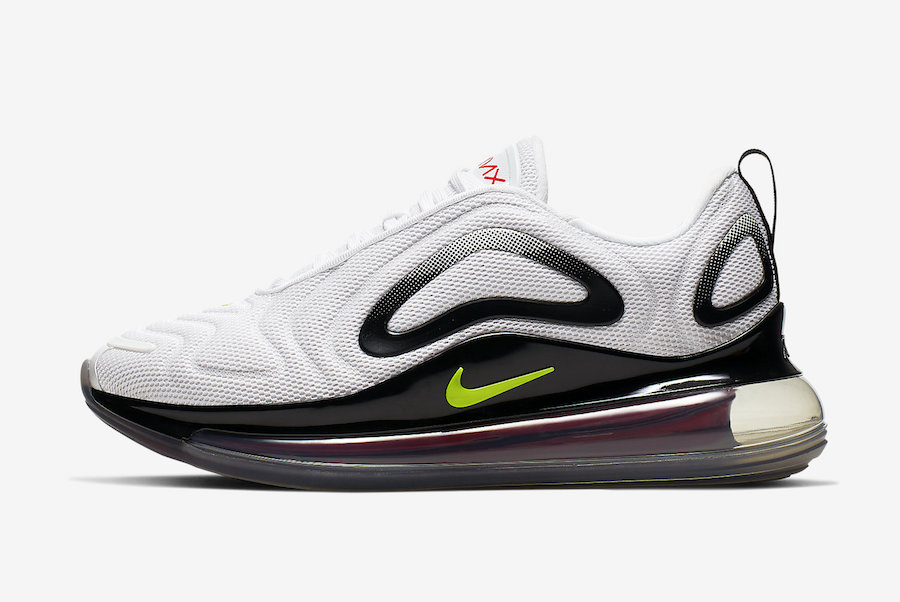 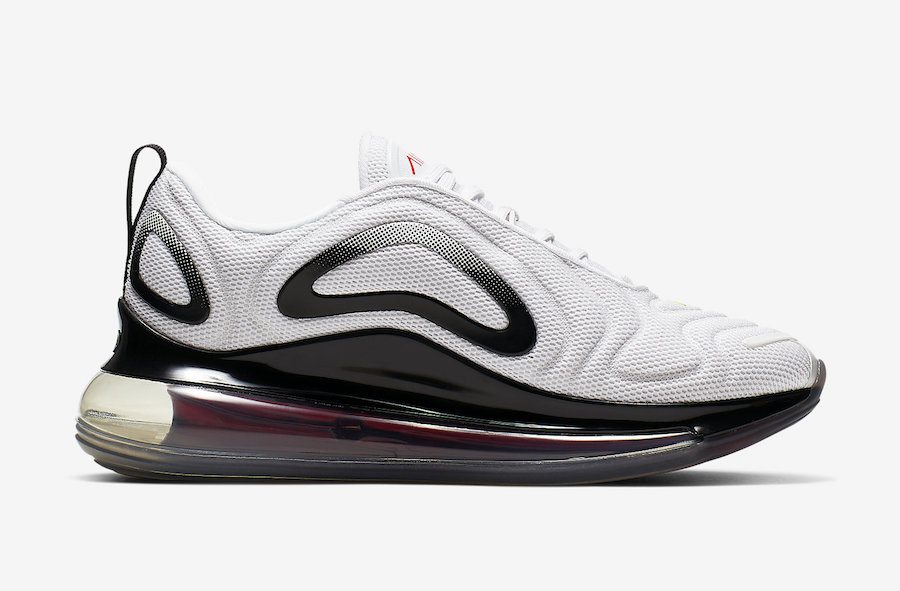 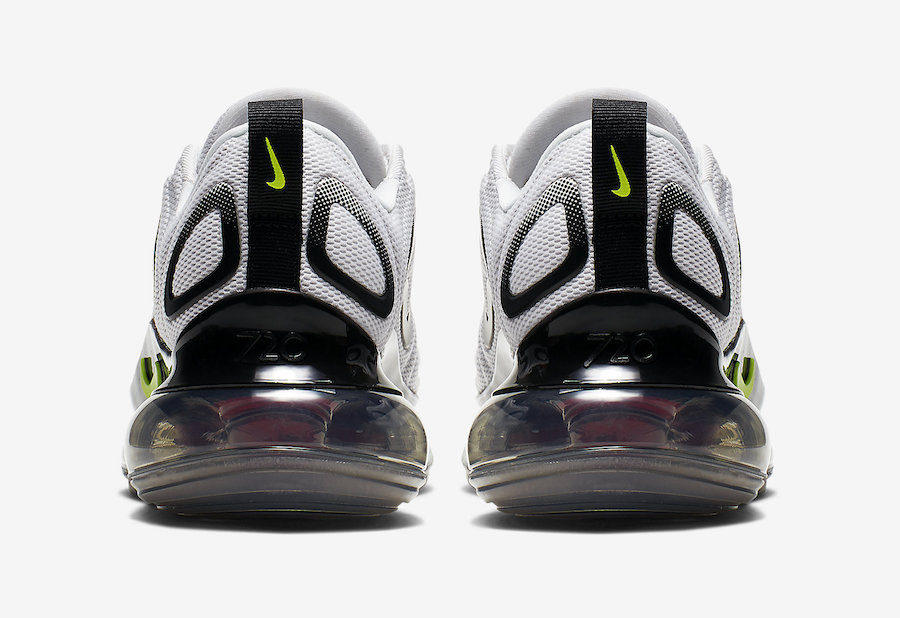 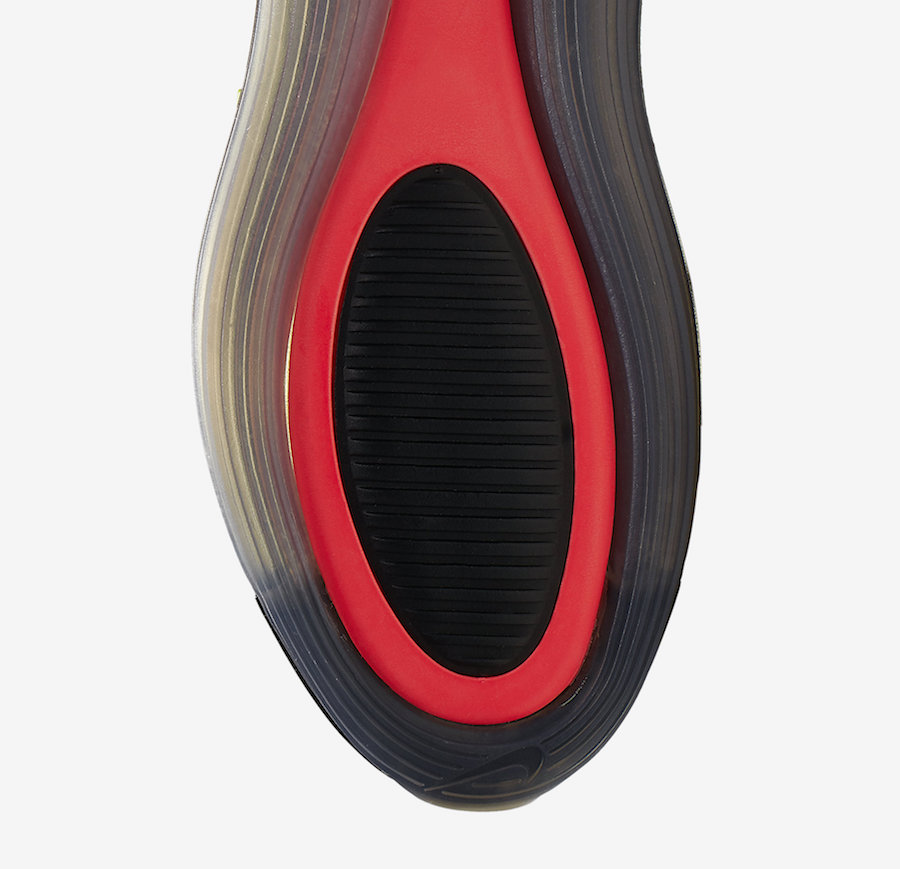