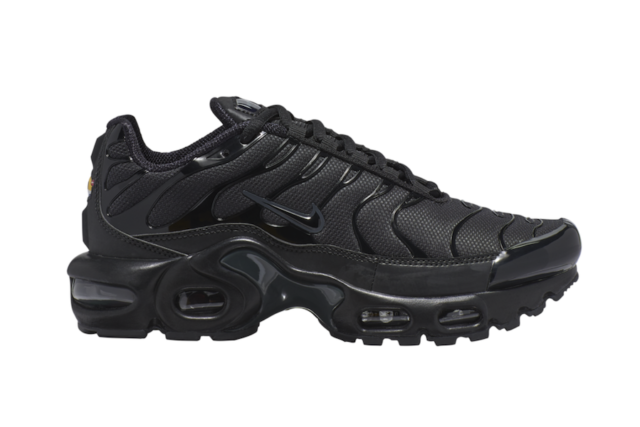 With a few “Triple Black” Air Max Plus already available, Nike is set to release yet another all-Black renditions of the popular silhouette. The Nike Air Max Plus Triple Black comes dressed in Black from top to bottom and comes constructed out of a Black mesh upper paired up with matching plastic overlays. The Swoosh branding, laced, lining, midsole and rubber outsole all come in Black as well. Tonal branding with hits of Yellow on the signature “Tn” logo as well as spotted on the heel of the outsole completes the design.
Look for this Air Max Plus to release very soon at select retailers and Nike.com. 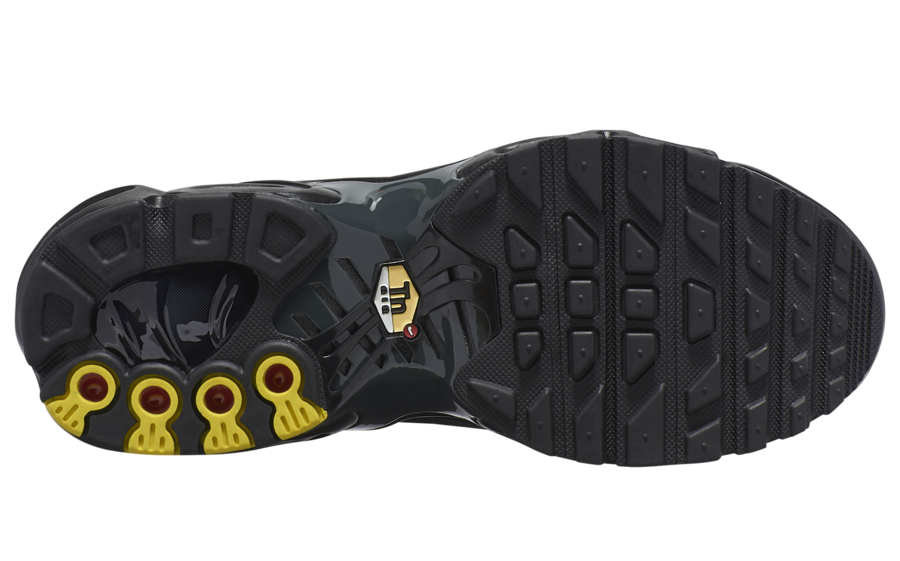