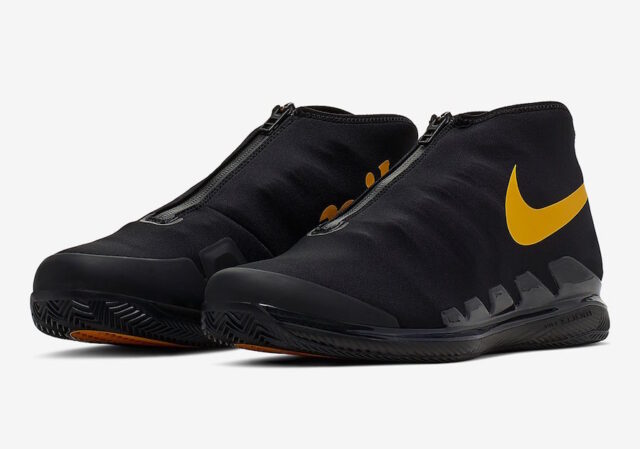 NikeCourt has just debuted their latest clay tennis shoe, the Air Zoom Vapor X Glove, which arrives in a Black and University Gold colorway. Designed specifically for clay courts, the NikeCourt Air Zoom Vapor X Glove provides tailored traction during the fiercest matches. The breathable, lightweight shroud helps keep feet freefrom debris.
Check out the photos below, for those looking to purchase they are available now at select retailers including online at Nike.com. Retail price is set at $150. 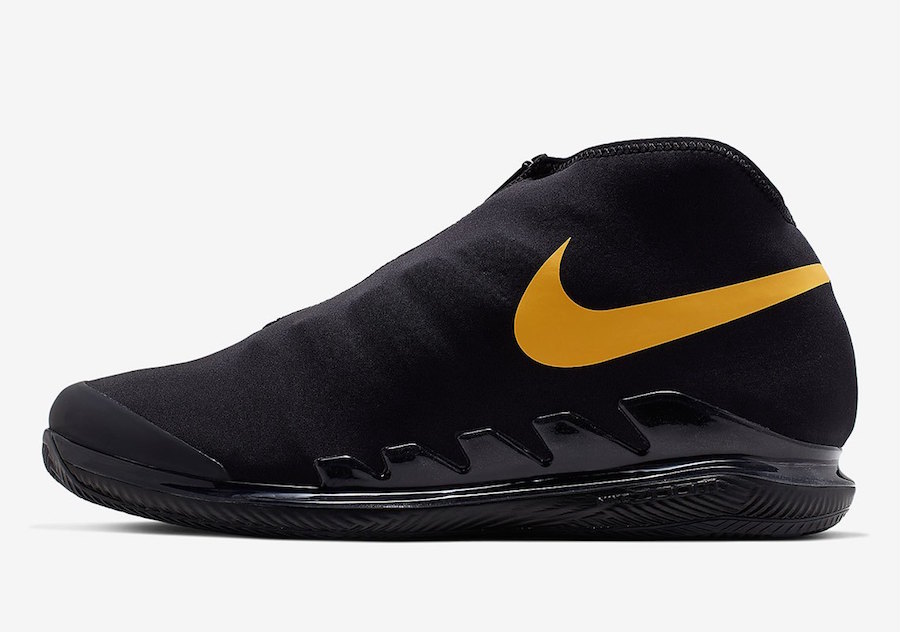 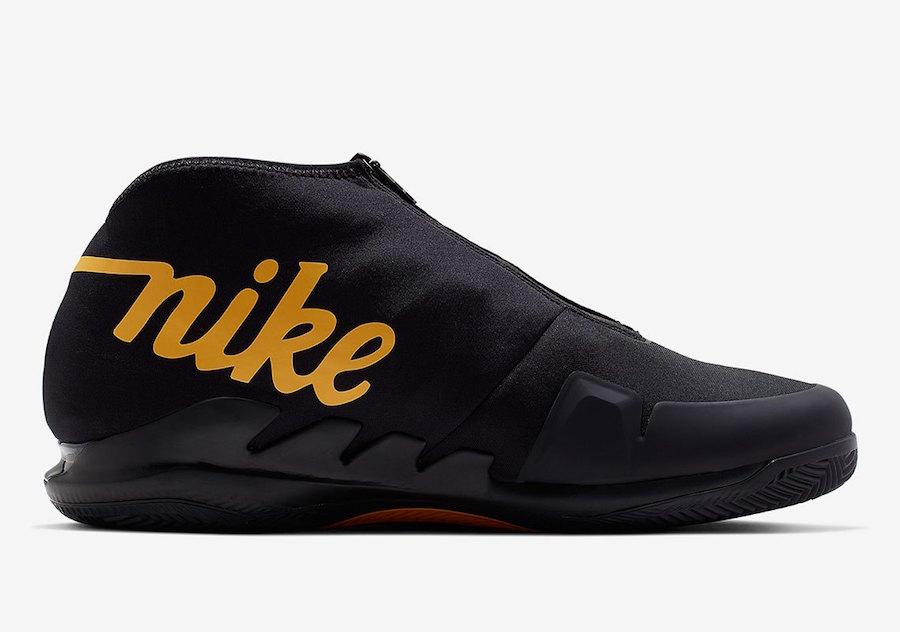 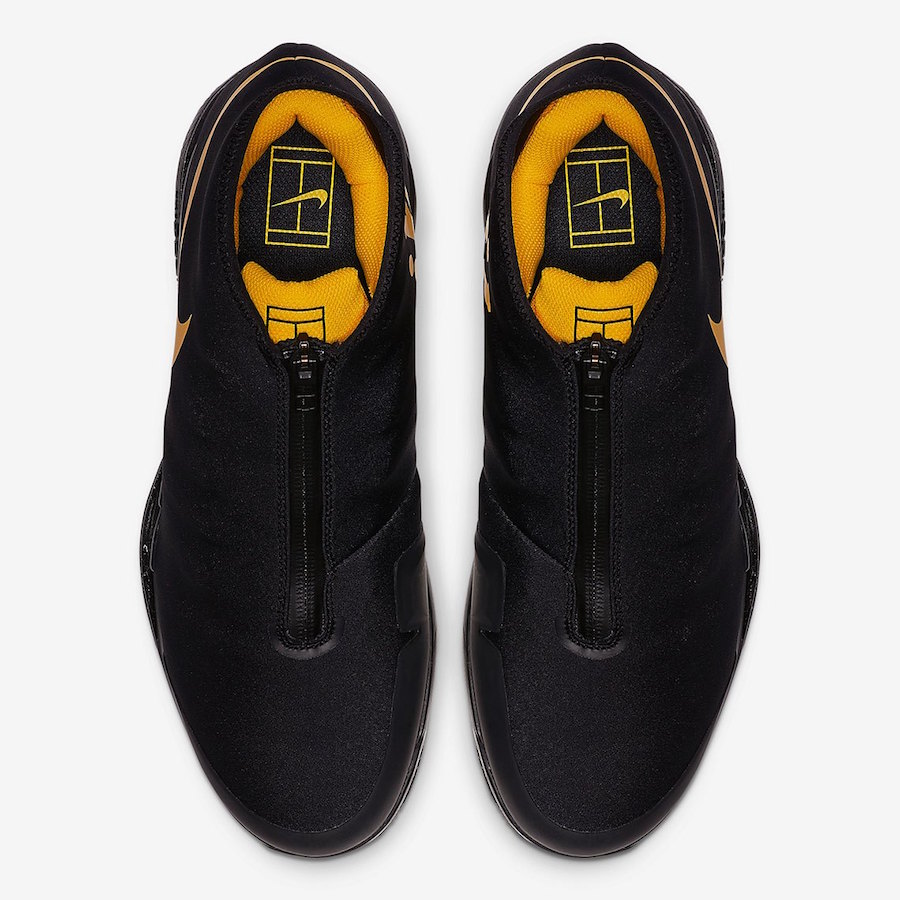 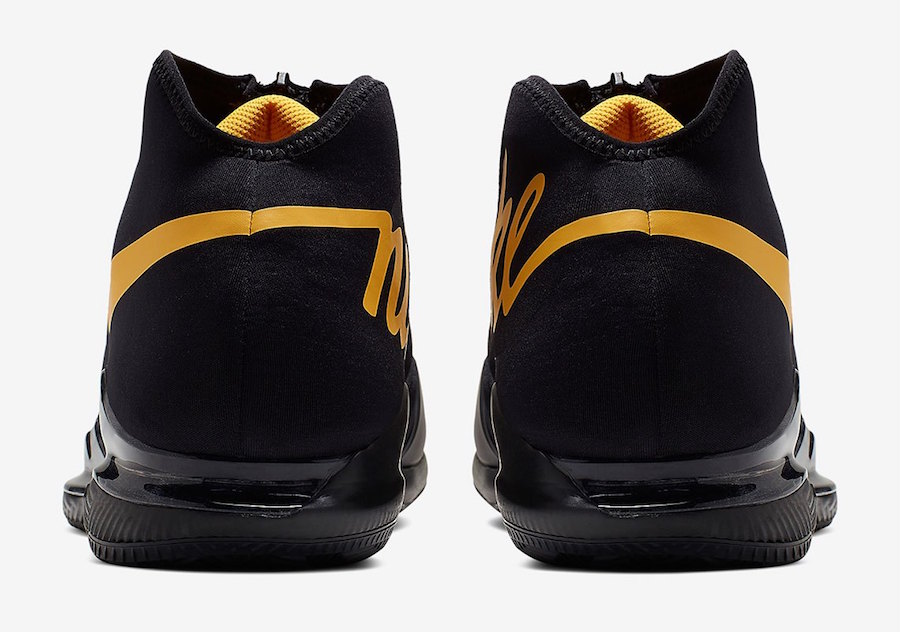 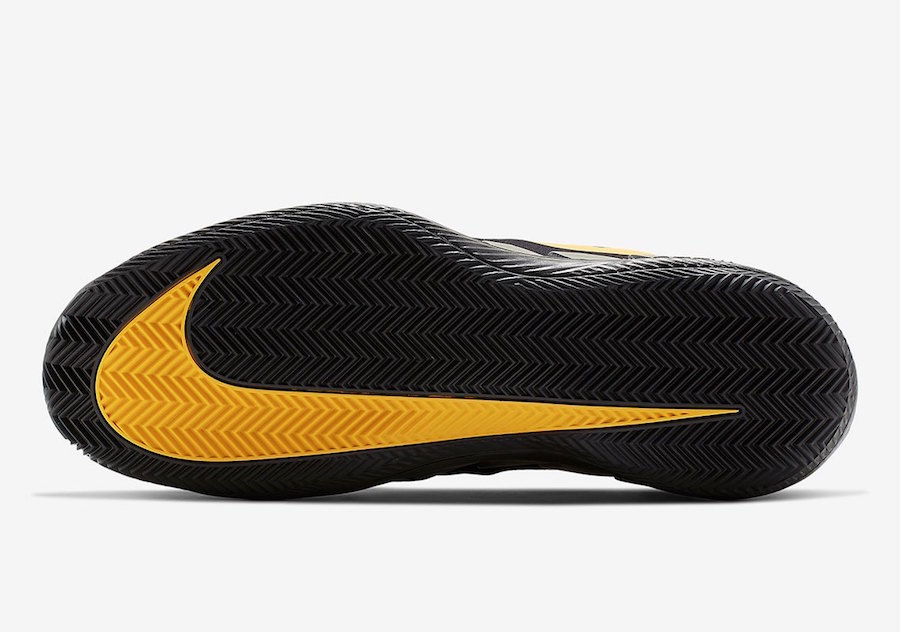