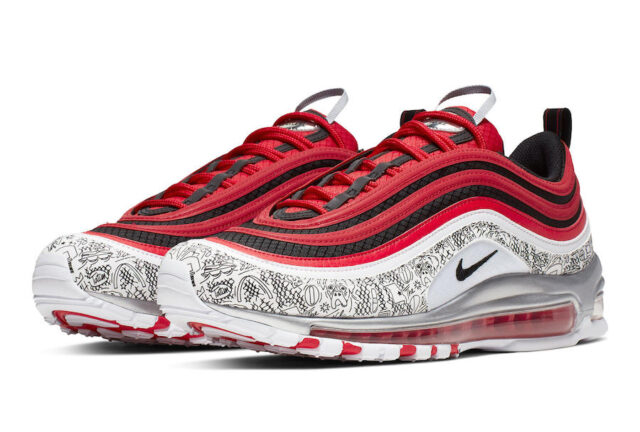 Boston Celtics forward Jayson Tatum and Nike have teamed up to release a special-edition rendition of the Air Max 97. The shoe is covered in the school’s Red Devils colors with red and black on the uppers. Illustrations on the upper represent the Tatum’s Saint Louis roots, including graphics of the Gateway Arch, his 314 area code and more. Finishing details include silver tongues that read, “Tatum” and “The Deuce” as a nod to his nickname, along with silver midsoles featuring Air Max cushioning.
The Jayson Tatum x Nike Air Max 97 will release exclusively at House of Hoops locations on June 13th. A wider release will take place on June 15th at select Foot Locker locations. 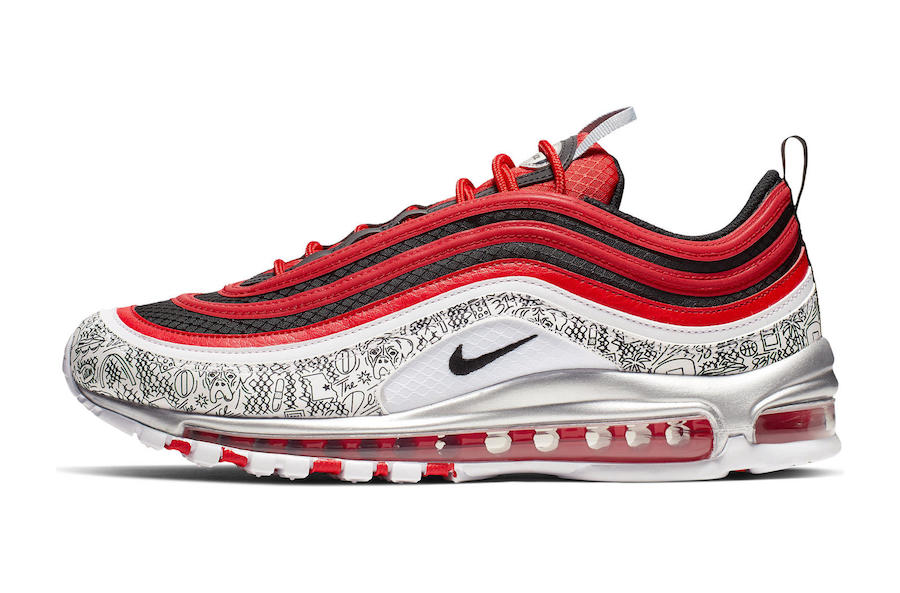 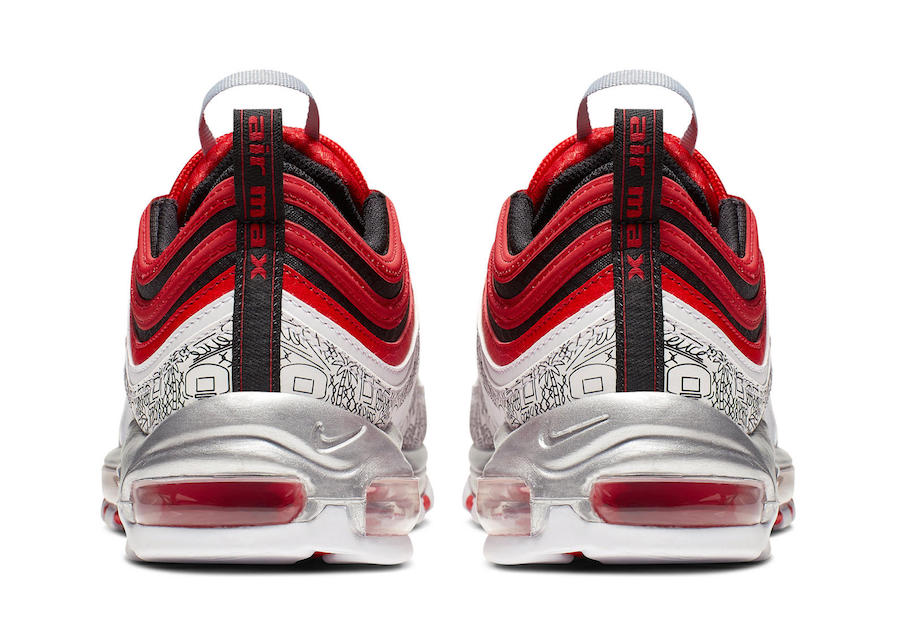 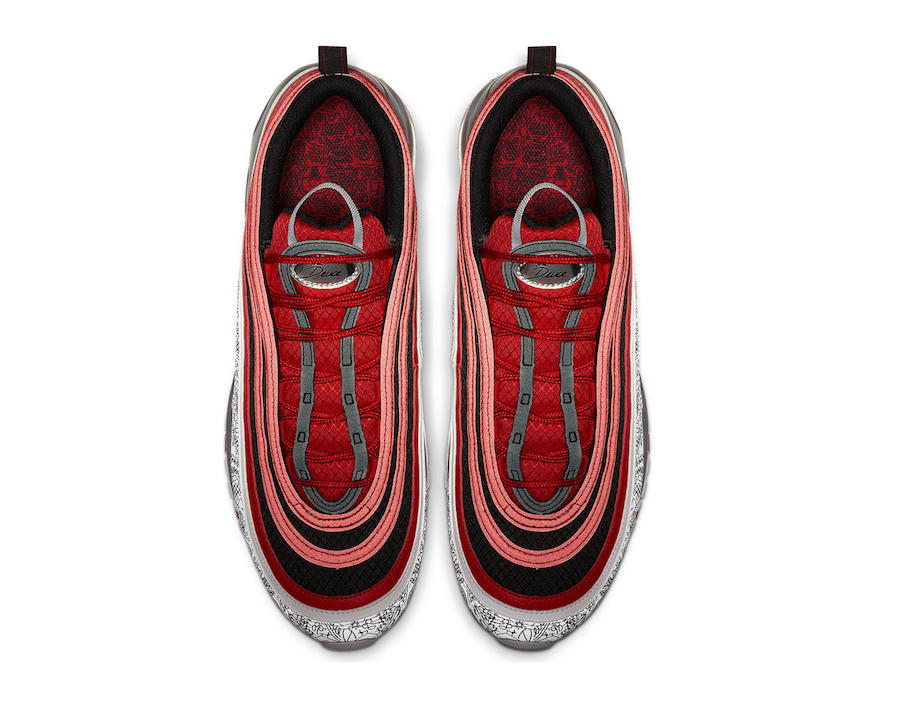 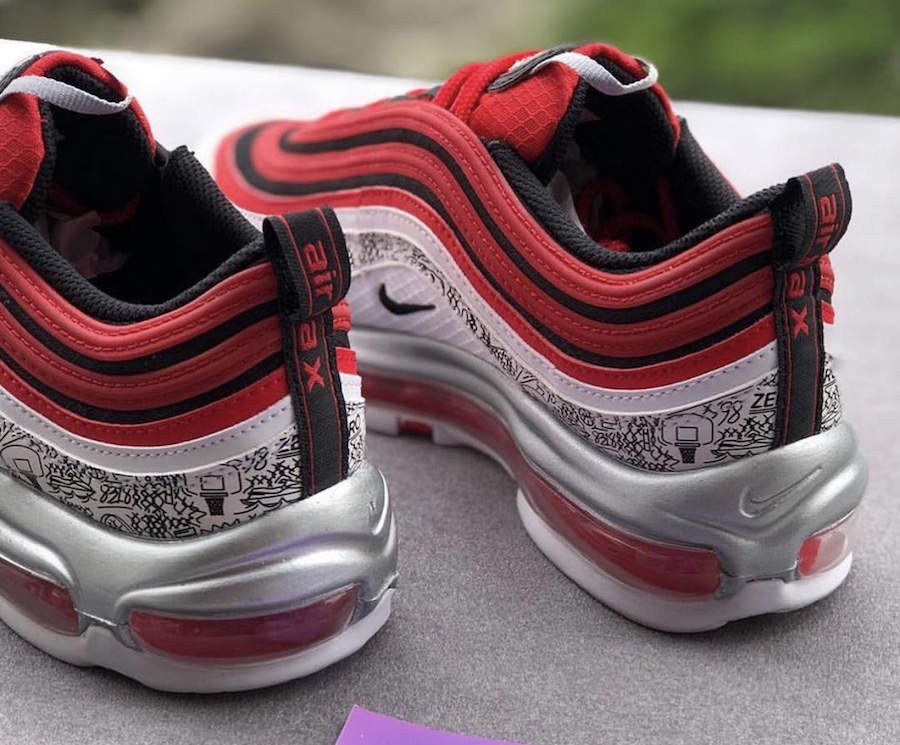 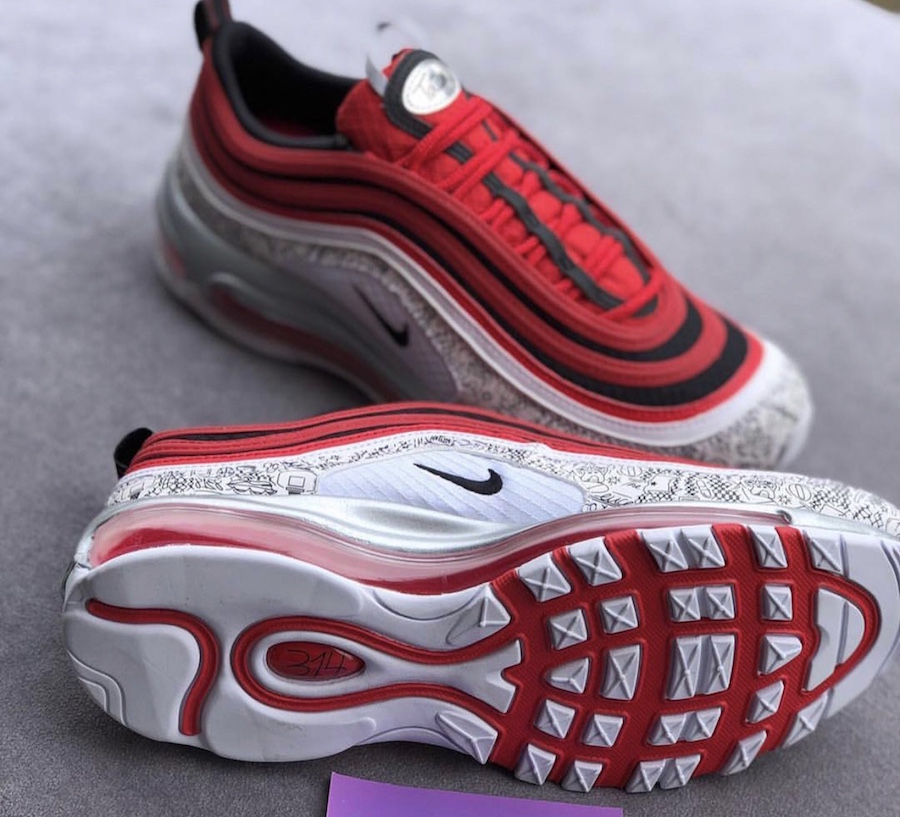