Nike has used several different prints on the M2K Tekno like animal for an exotic look, pixel camo, and more. For their latest women’s release the Swoosh is combining two popular prints/textures. Covered in neutral tones of Light Orewood Brown and White on the upper, this Nike M2K Tekno features a desert camo underlay in shades of grey and tan along with snakeskin textured leather placed on the toe and heel. Laser Orange accents on the insole and rubber outsole gives this release a nice summer touch.
This M2K Tekno has already started releasing at select retailers overseas, however a stateside launch has ye to take place. But you can expect this pair to be available on Nike.com soon. 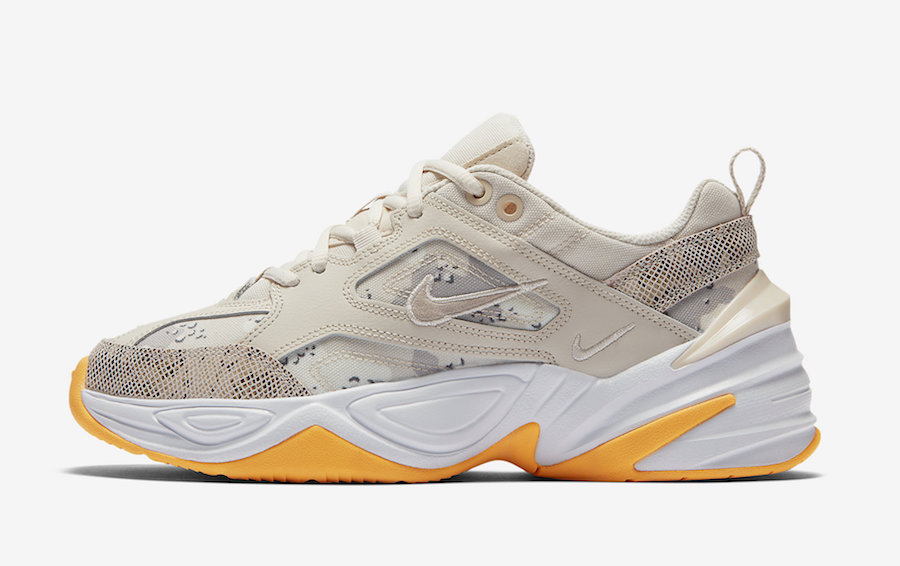 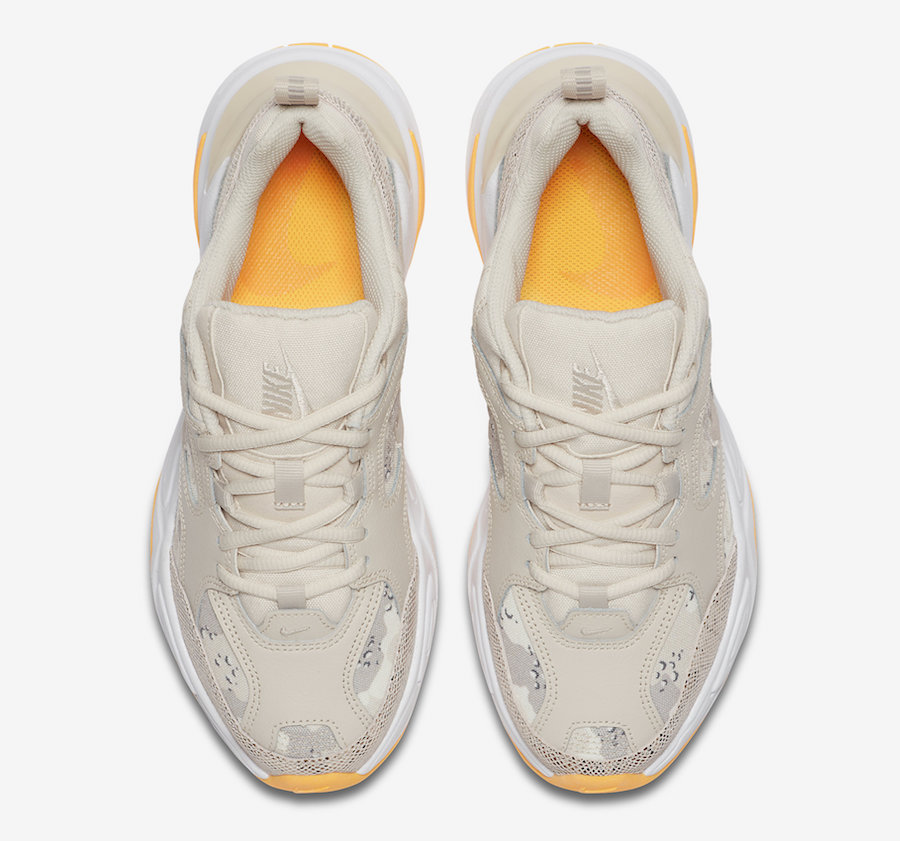 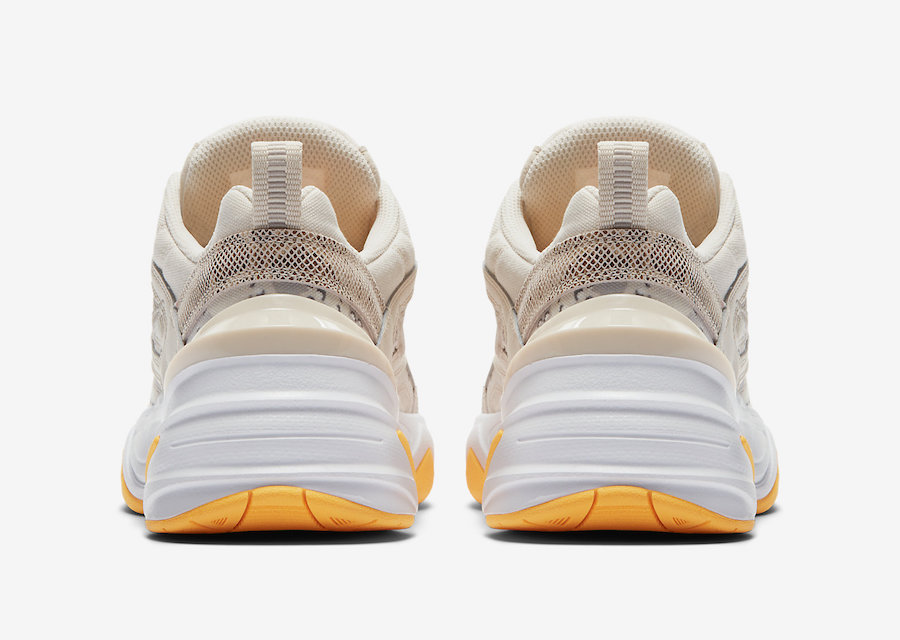 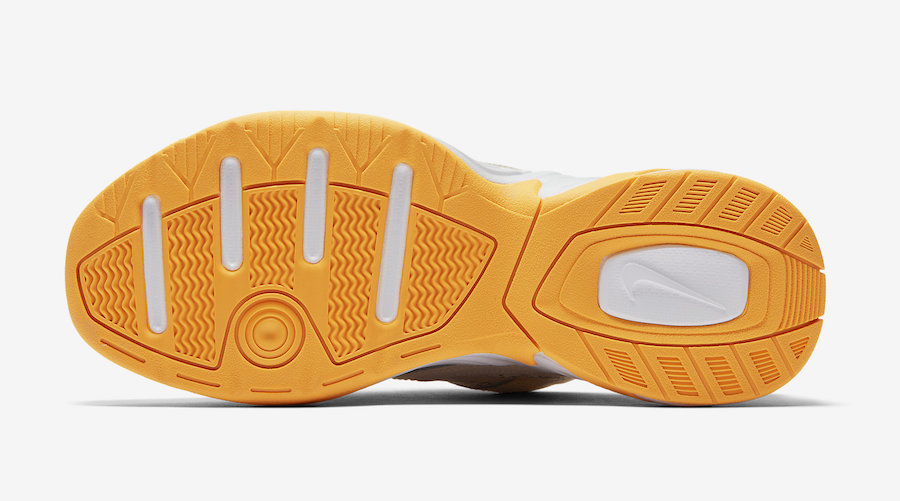