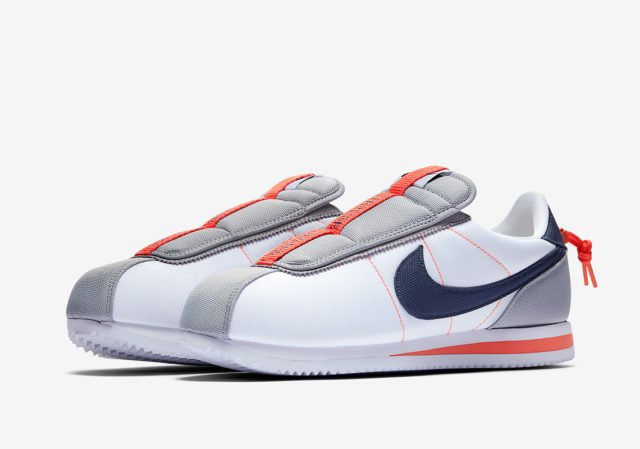 Simply named the Cortez Basic Slip, this shoe is dressed in a White, Wolf Grey, Turf Orange, and Thunder Blue color scheme. Featuring an oversized and cushioned tongue in replacement of a customary lace unit, this new iteration from Kung Fu Kenny and the Swoosh slips on with ease and adjusts by way of a drawstring clasp system attached to its heel.

Official images have yet to surface, it also looks like the new collab will abandon any ties to his 2017 album Damn. and Kung-Fu Kenny persona this time around as well. Look for the Kendrick Lamar x Nike Cortez Basic Slip to release on October 6th at select Nike Sportswear retailers and Nike.com. The retail price tag is set at $100 USD.