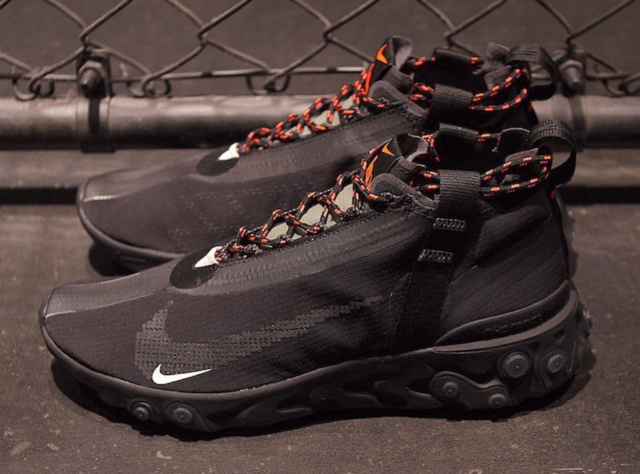 Nike’s ISPA, which is short for Improvise, Scavenge, Protect, and Adapt, is the newest technology offering from the Swoosh. Now it is ready to roll on November 21st, 2018 as three colorways of the React WR LW Mid are confirmed. Featuring the sole of the highly successful React Element 87, this mid-top runner features a deconstructed upper with a waterproof shell that was built specifically to battle the elements as we approach the eye of an inclement season. Trail-style rope laces, an exposed ribbon at the ankle, and a stylish double-Swoosh branding give this technical silhouette the appeal that was first established by models like the aforementioned 87 model and even the Zoom Fly SP, which first popularized the translucent uppers.
Look for the Nike React LW WR Mid ISPA to release on November 21st at select retailers and Nike.com. 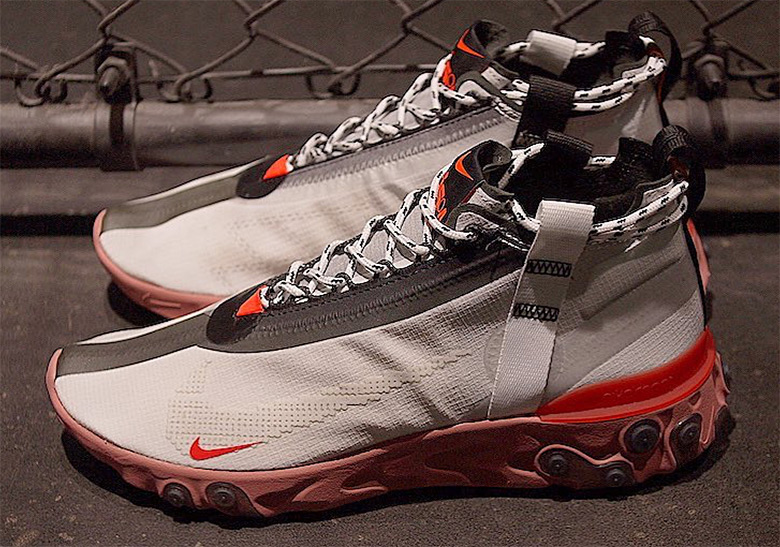 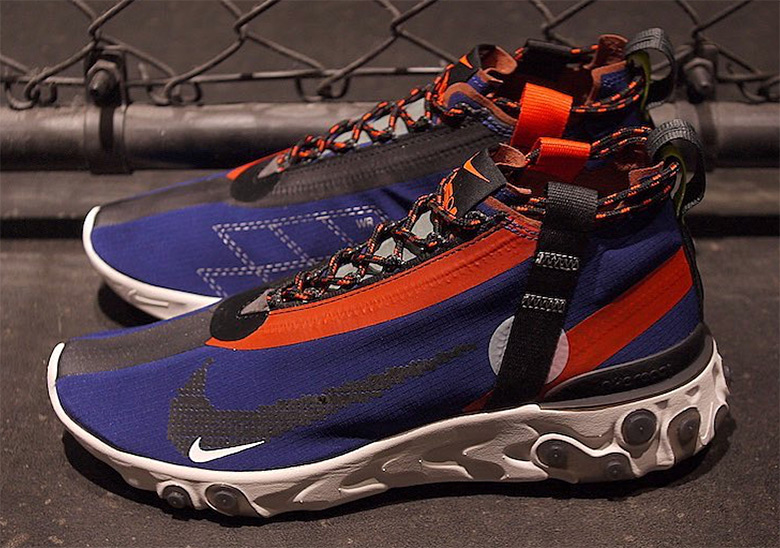