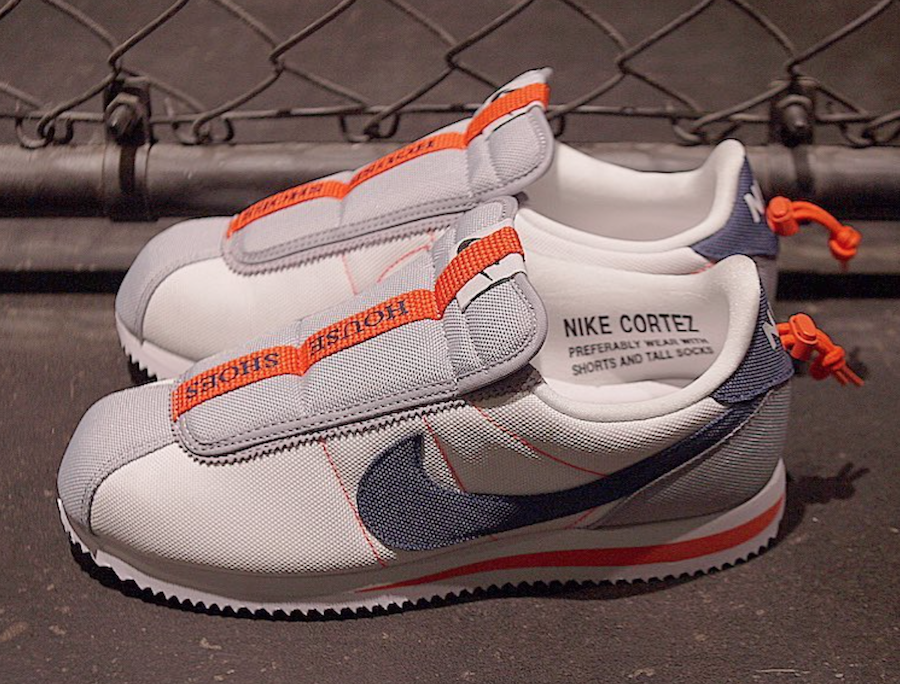 There is a good news for those who love Nike Cortez. A much different kind than his previous pairs will be releasing on September 22nd by Lamar and the Cortez.Abandoning the traditional Cortez look, this new version of the Cortez features no laces but instead a slip-on construction,dressed in a White, Wolf Grey, Turf Orange, and Thunder Blue color scheme.Its nylon-ridden construction combined with its $100 price point create a must-have casual lifestyle offering for any fan of Kenny and the Swoosh alike.
Here is a first look at the Kendrick Lamar x Nike Cortez Basic Slip via mita sneakers. Let’s look forward to its release.