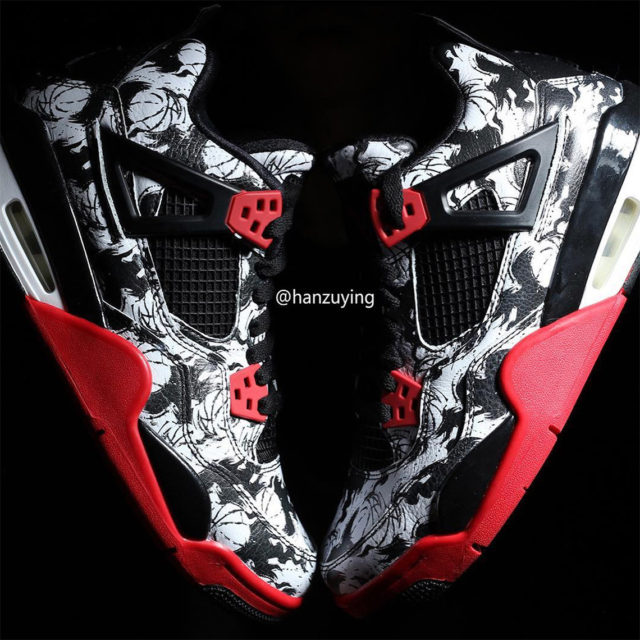 The look of this new Jordan sneaker has many of the latest fashion elements, as well as this most popular comic-book look among young people.

With 2018’s proverbial year of the Air Jordan 3 winding down, the silhouette on deck is the born in 1989 Air Jordan 4. Setting the stage for the Jordan 5 with exposed mesh on its midfoot, the Jordan 4 borrowed a very similar sole unit – with exposed Air technology – from its 1984 predecessor, helping foreshadow the future while still managing to harken back to the past.

With numerous new colorways having already been shown, this black, red, and white take might be one of the most boisterous of the entire year. Its upper utilizes a white base as its anchor, but ushers in a set of black basketball graphics done up in a Japanese anime-style aesthetic, resemblant of paint brush strokes.

Furthering this notion is Japanese character-inspired text on the underside of this AJ4’s tongue, giving its customary upside-down “Air Jordan” typeface a touch of character.

Black and red elements scattered throughout numerous elements of this design round out the color scheme of this intriguing Jordan 4 that is slated to arrive at retailers in January of 2019. While no official release date currently exists, you can peep a detailed set of images below while you wait for an official announcement. 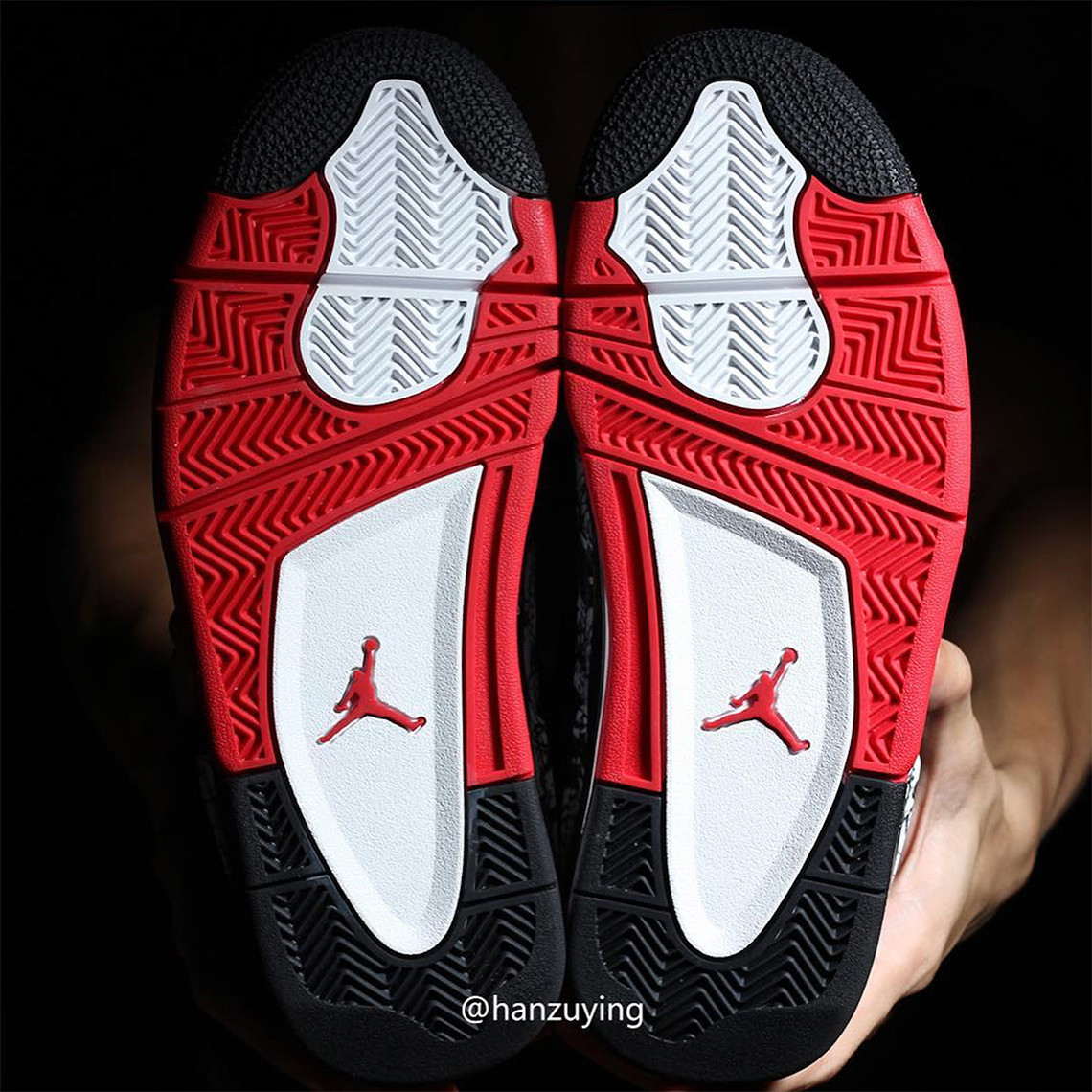 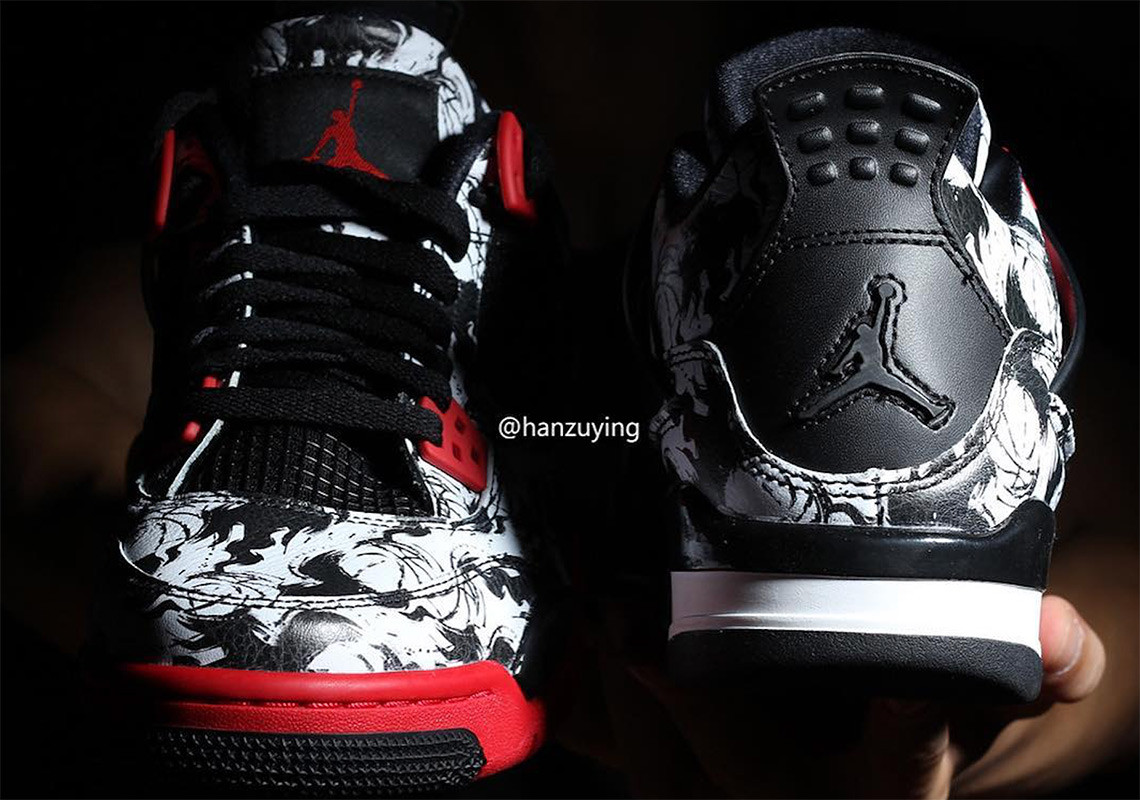 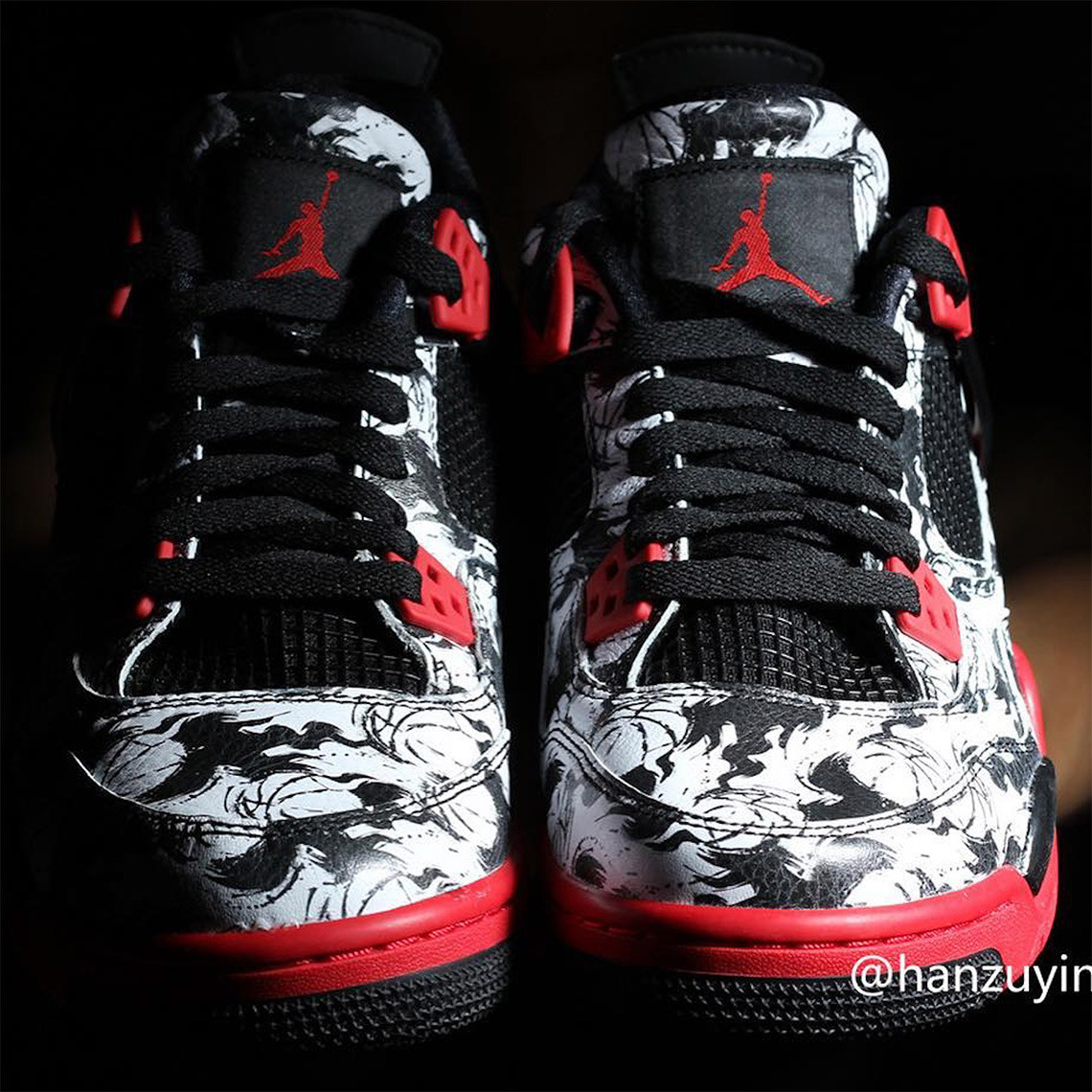 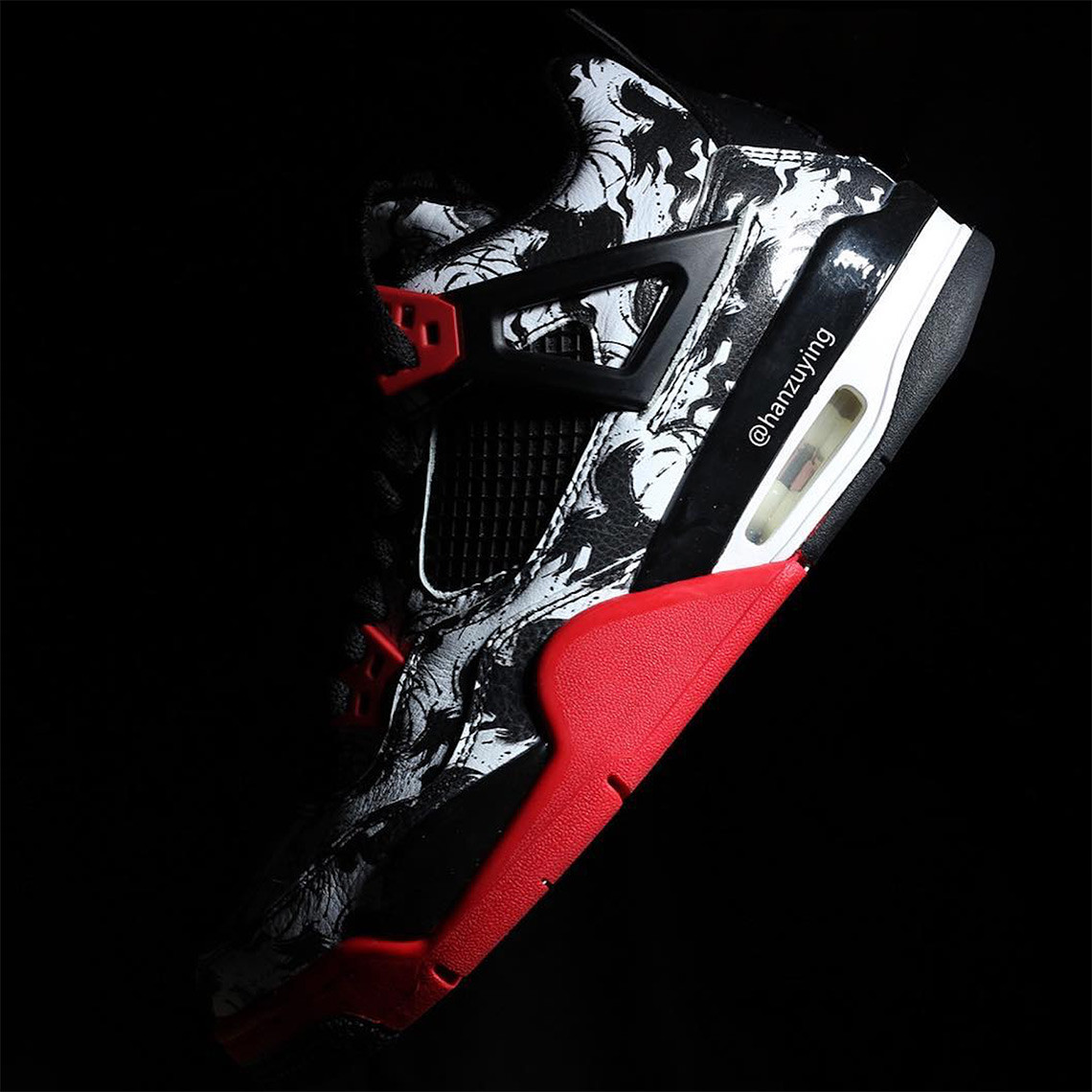 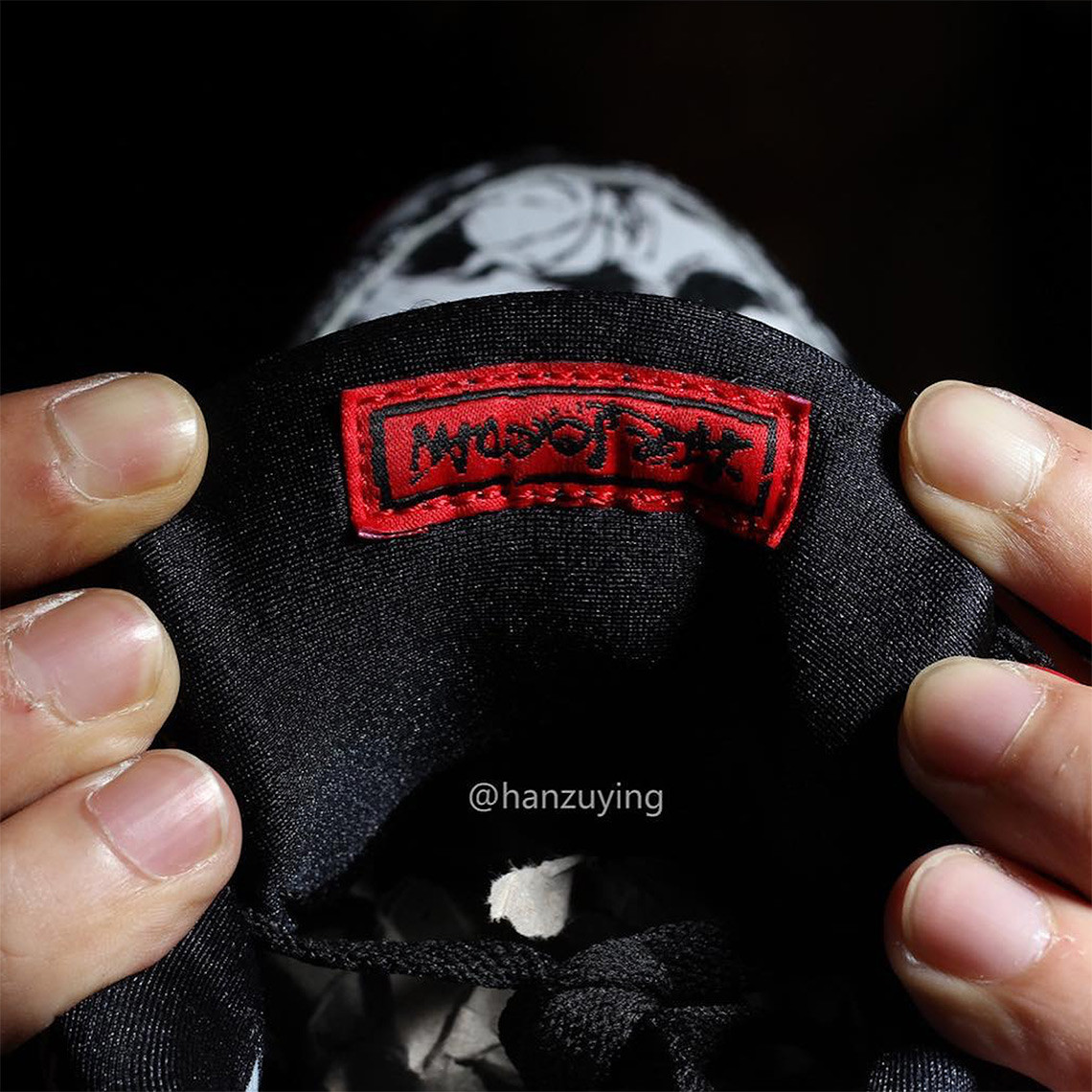