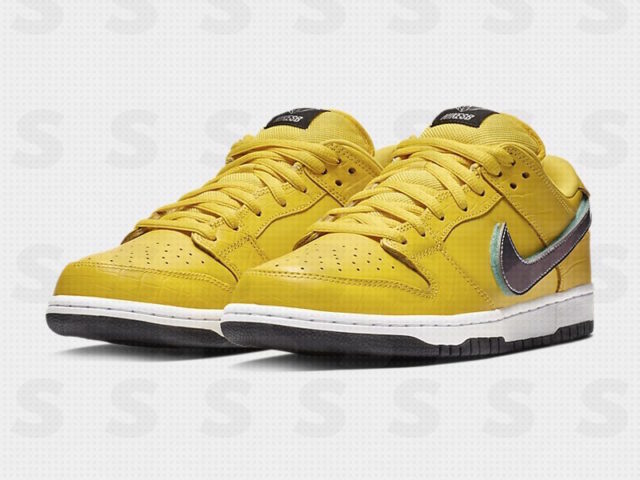 Already seen in black and white colorways accompanied by teal accents, the Diamond Supply Co. x Nike SB Dunk Low has now surfaced in a third colorway. While the two pairs thus far have adhered to the signature color palette borrowed from the 2005 original, the latest pair to surface deviates from the formula.
This Nike SB Dunk Low sports a full Yellow leather upper with a removable Metallic Silver Swoosh branding. Its build is the same as the others, featuring a crocodile print on the toe and heel completed with a Diamond tag on the tongue.
A release date has not to be revealed, but grab a first look at the Canary Yellow Diamond Nike SBs below as well as a detailed look at the black pair, keep it locked for updates as we have them, and stay tuned for official drop dates for all three colors. 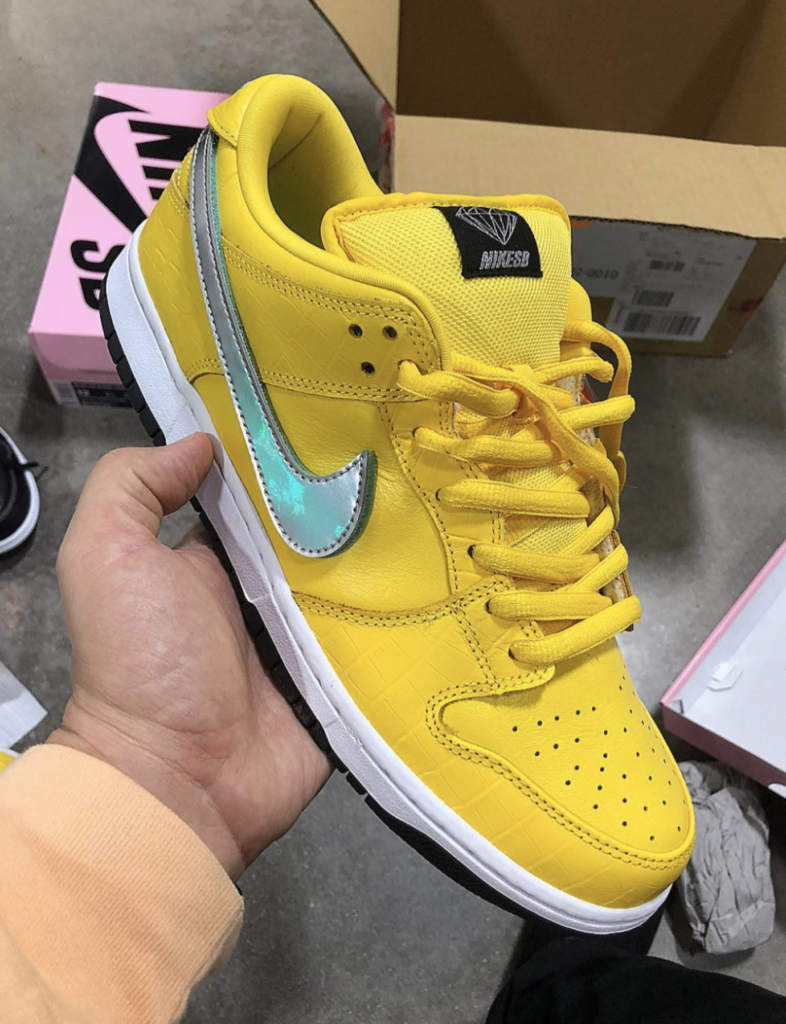 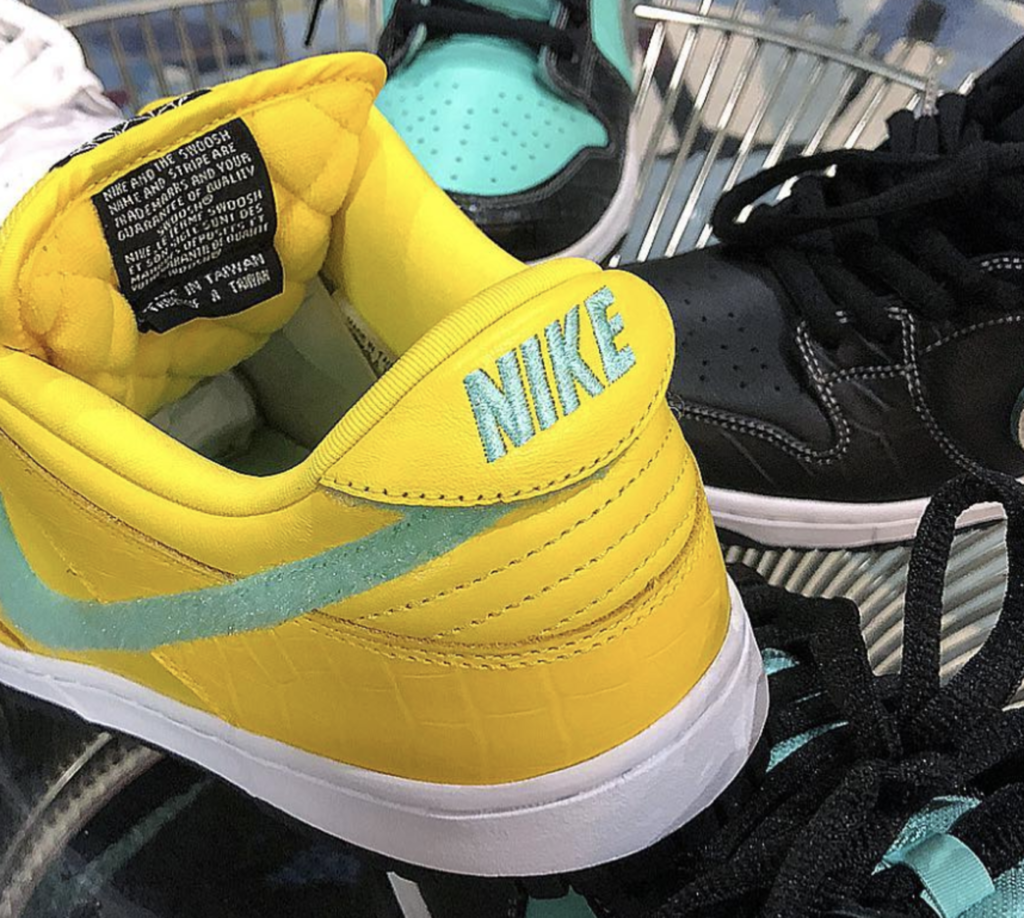 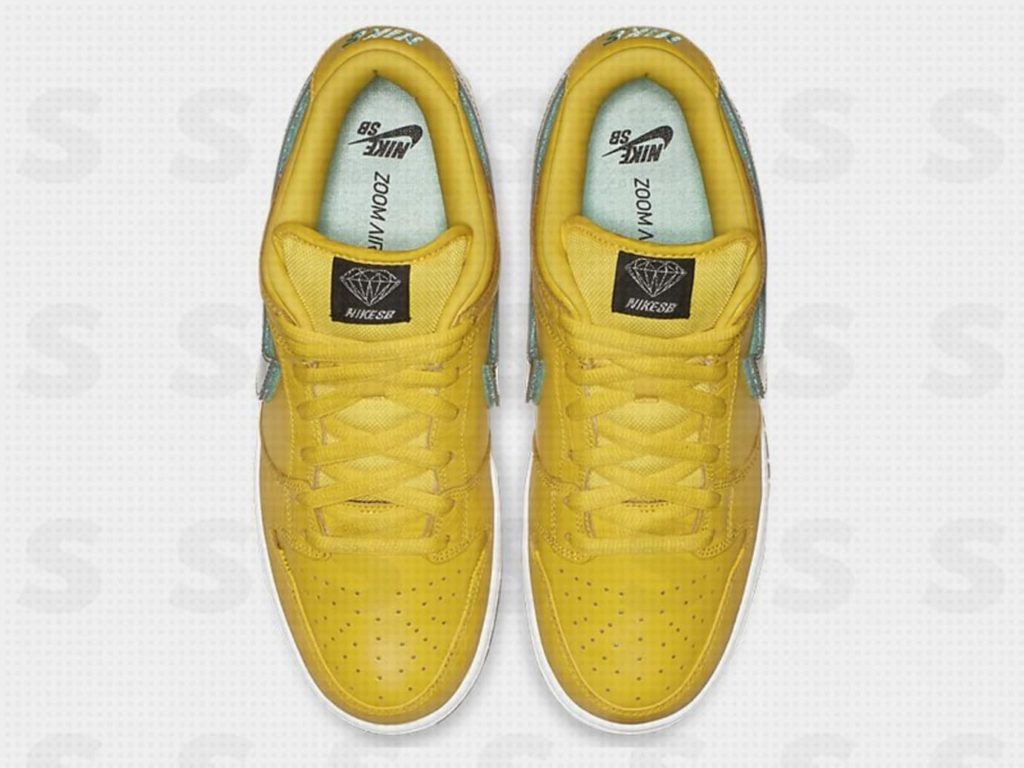