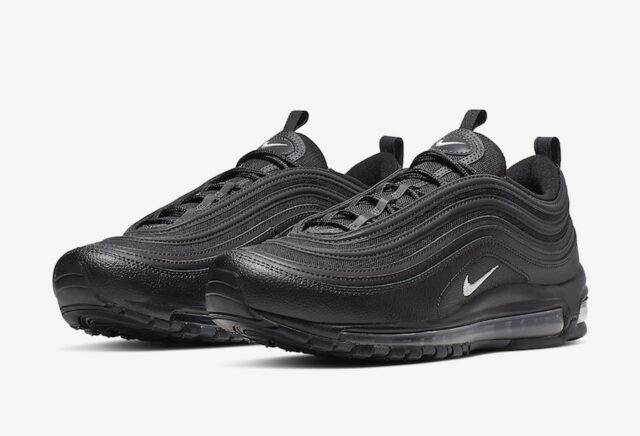 As one of the most popular Air Max silhouettes ever, the Swoosh will be adding a brand new Stealthy Air Max 97 to their lineup. Dressed in a Black, White, and Anthracite color scheme. The design of the shoe consists of a Black mesh upper paired up with the Anthracite reflective overlays and Black tumbled leather on the mudguard. Minimal contrast is made by way of the White on the Swoosh logos and the blotchy terry cloth hit on the medial side.
Grab the photos below, and look for this Air Max 97 to release in the coming weeks at select retailers and Nike.com. 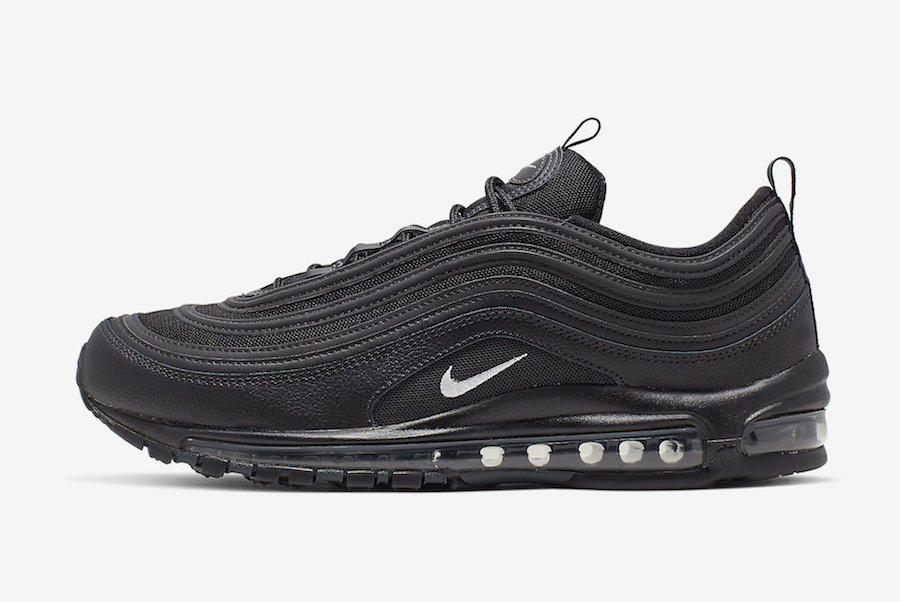 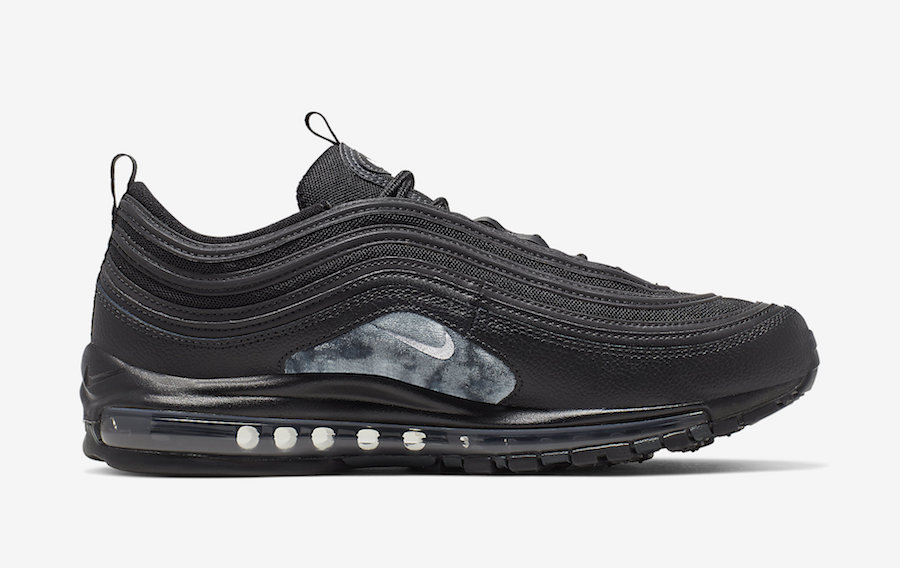 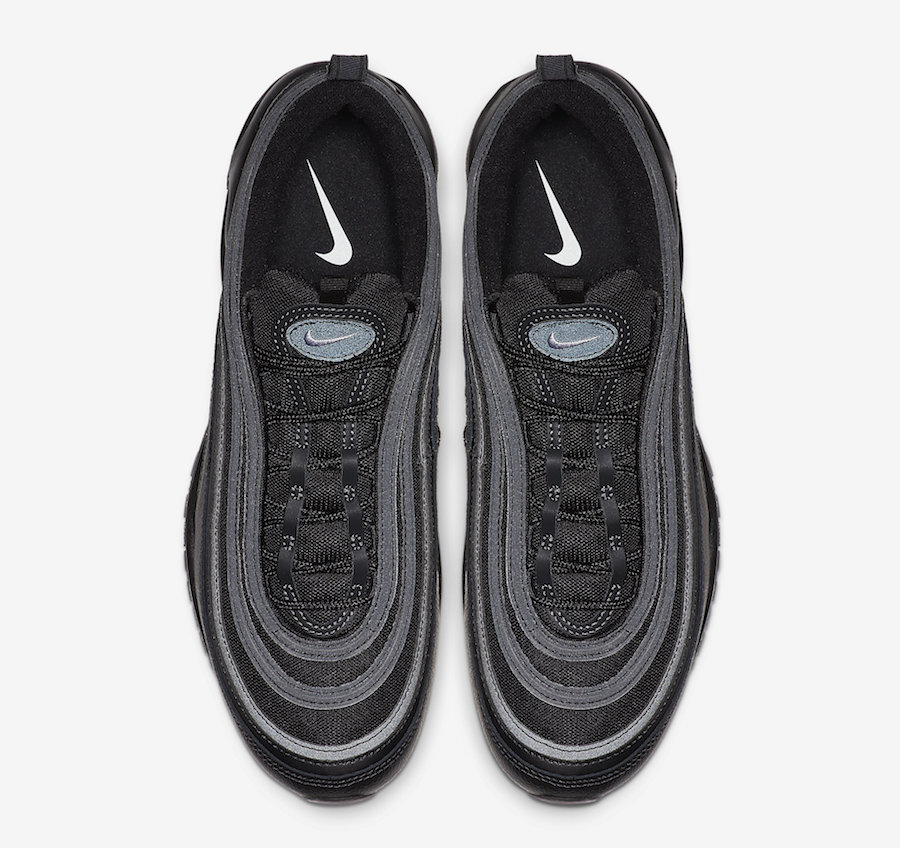 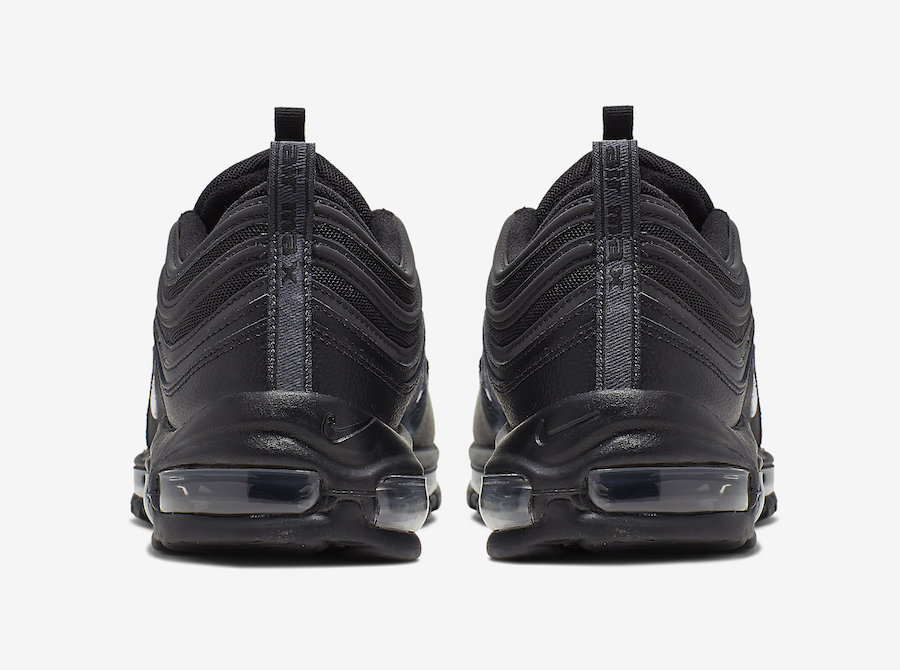