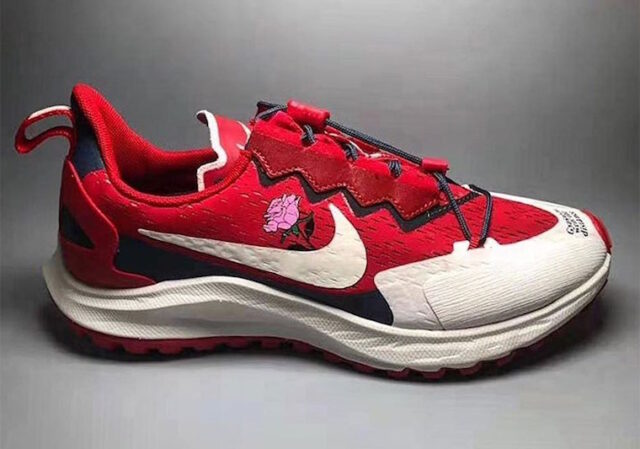 Jun Takahashi and Nike are set to collaborative once again to expand their running label Gyakusou with a brand new silhouette. The next Gyakusou x Nike collab is on an unnamed sneaker. The Gyakusou x Nike sneaker comes dressed in a Red and White color scheme equipped with a small Pink rose placed on the White Swoosh logo on the sides. Bright red synthetics comprise the majority of the construction with layered toe caps sitting in a textured white shell with elegant typography along the upmost forefoot spelling out “Gyakusou went the distance.”
Grab a first look below, and expect more details to come from this upcoming Nike x Gyakusou collab in the coming months. 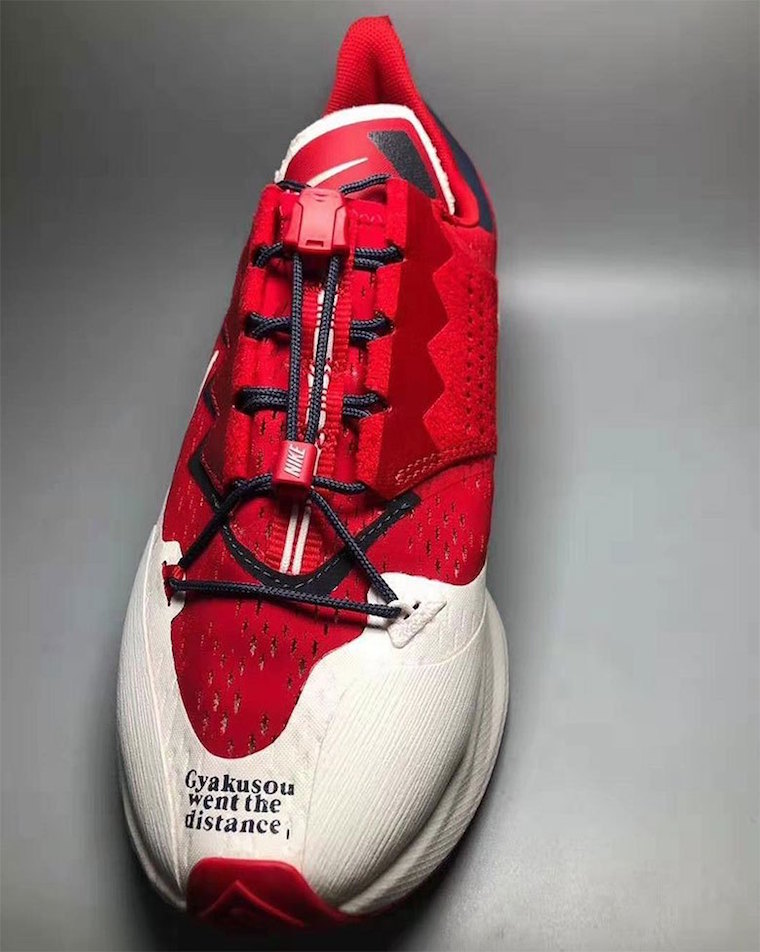 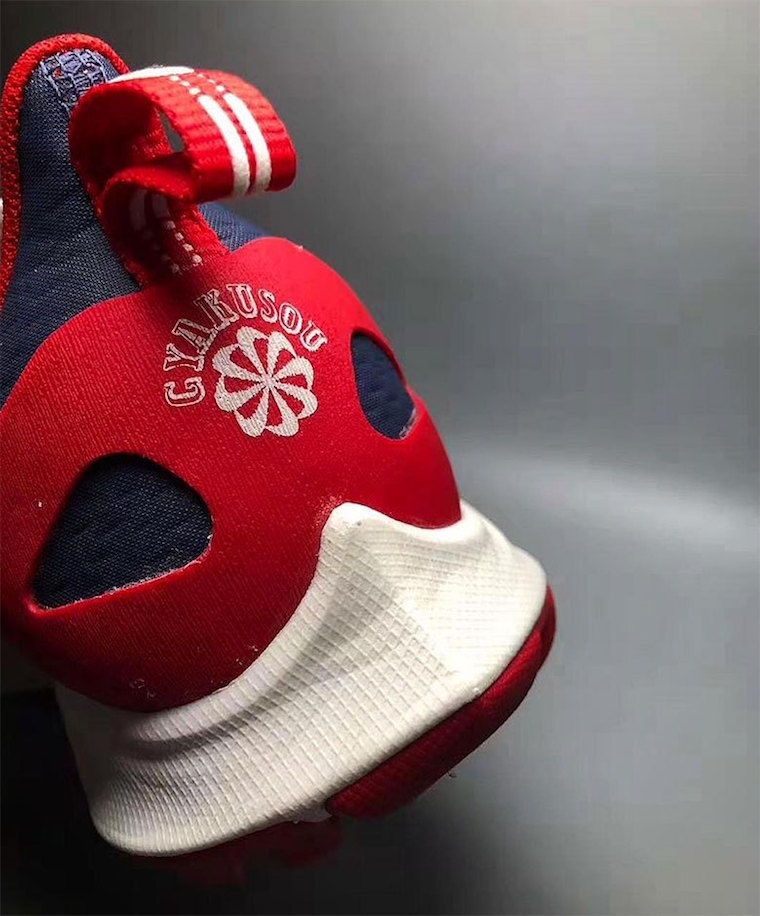 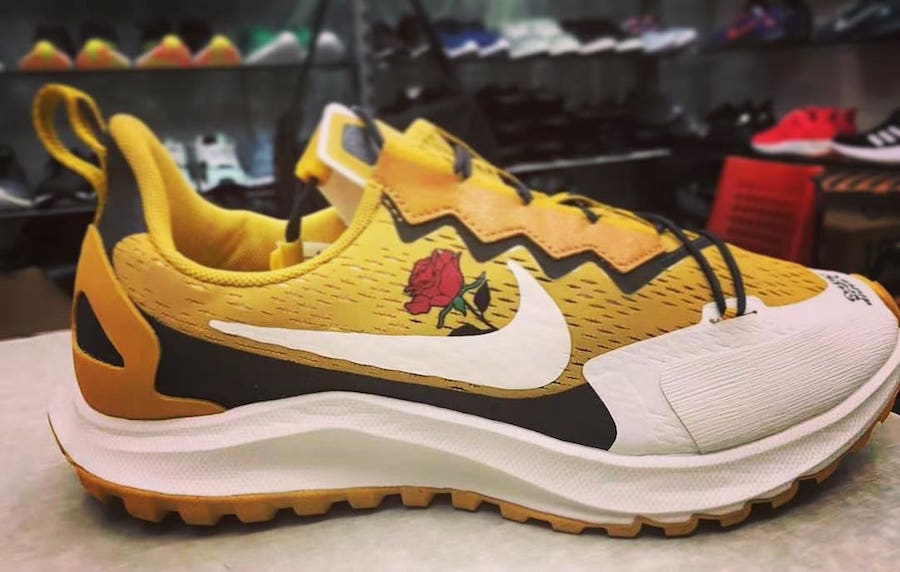 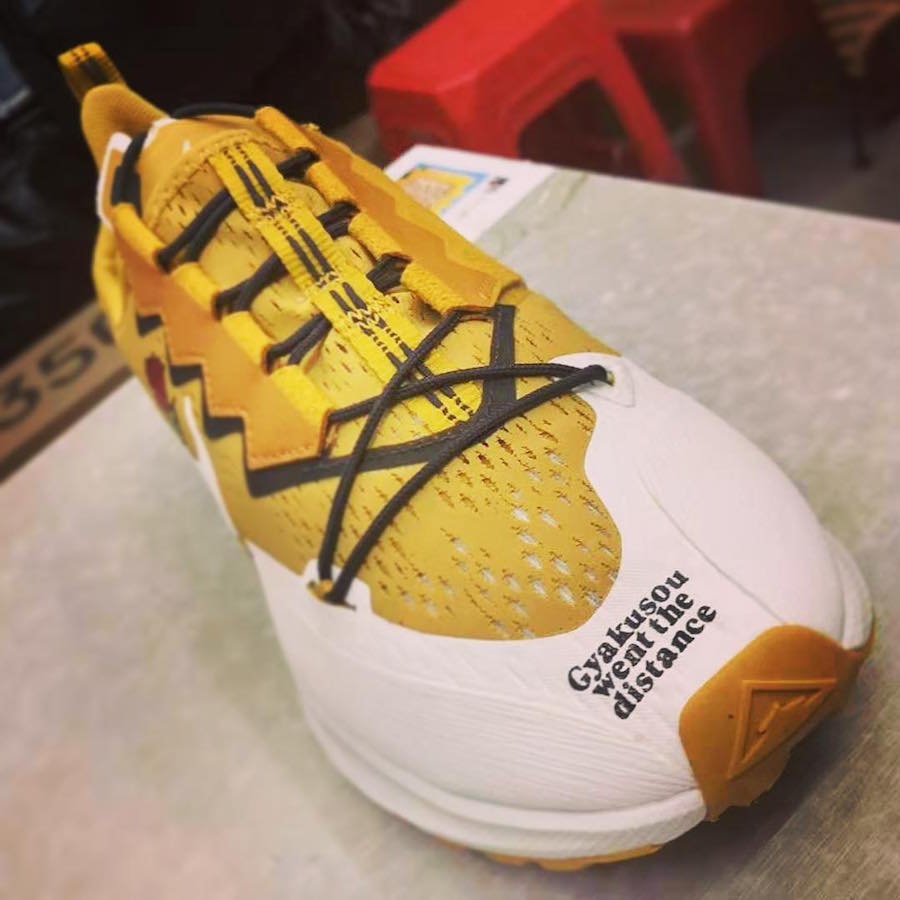 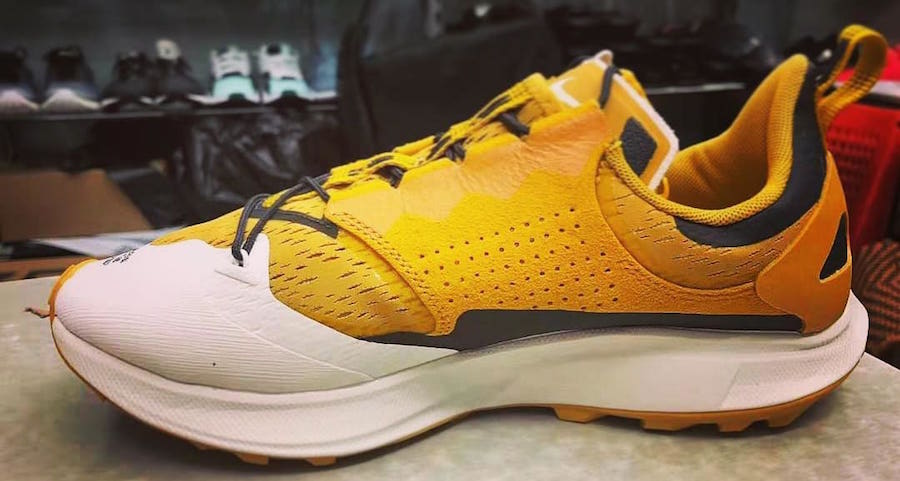