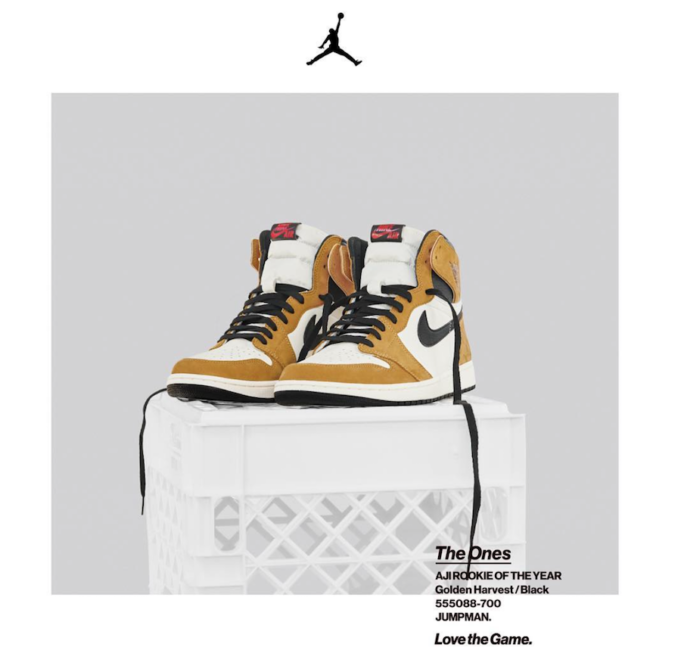 The gray stripes wind like a flowing river, winding and twisting the sneakers.

It now appears that the upcoming Air Jordan 1 Retro High OG Rookie Of The Year will be getting a wider release during the month of November instead of October like we had initially reported. That being said, Tokyo-based retailer atmos will be releasing them early at this year’s atmoscon on October 8th. The rest of us will have to wait until November to pick up a pair.
Recalling Michael Jordan’s wardrobe during his Rookie of the Year acceptance speech, this Air Jordan 1 features a color combination of off-white, Gold Harvest, and Black all throughout the upper which is constructed out of leather and suede.

The best parts of the shoe are the insides of the wing flaps, one which reads ““This award is nice, but I just feel it is very important for each individual to go out and contribute to his team.”-MJ. And the other has “1984-85, R.O.Y., 2313 points, and 28.2 ppg. A white tongue, red Nike Air branding, black laces, white midsole, and black rubber outsole complete the look.

You’ll be able to grab this new colorway of the Air Jordan 1 on November 17th for $160.