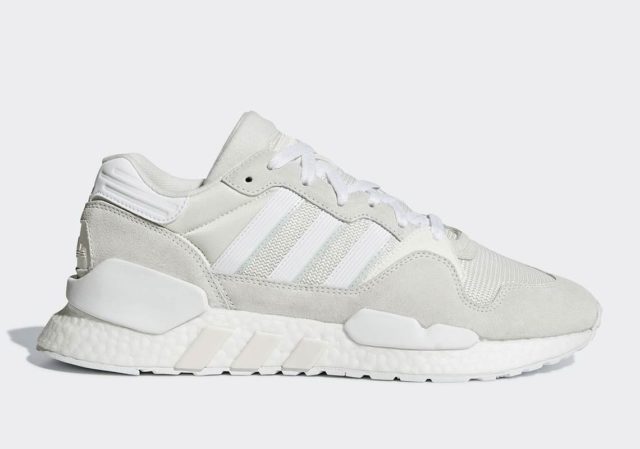 The white and gray colors are the whole pair of shoes that look very clean and wear a little refreshing feel.

With their recent “Never Made” pack that features classic heritage models molded together with new-age Boost midsoles, adidas is bringing their past and present together in a way that they’ve never truly done before.

One of the most interesting silhouettes from the pack is unquestionably the ZX930 EQT Boost — a shoe that features a classic EQT upper forged with a thick Boost midsole — and it’s now surfaced in an airy color combination of white and light grey. The upper half features the heavily layered look that’s become synonymous with the adidas EQT line — and features pale grey overlays and sail mesh melding together with white detailing for a look that’s stark and stately at the same time.

The sizable Boost midsole features further detailing as well via white plastic pieces and a three stripe graphic toward the midfoot. The shoe is then completed by a classically styled outsole. Official release information for these new adidas shoes has not been released yet, but look for them to release alongside other “Never Made” hybrids later this fall on adidas.com. 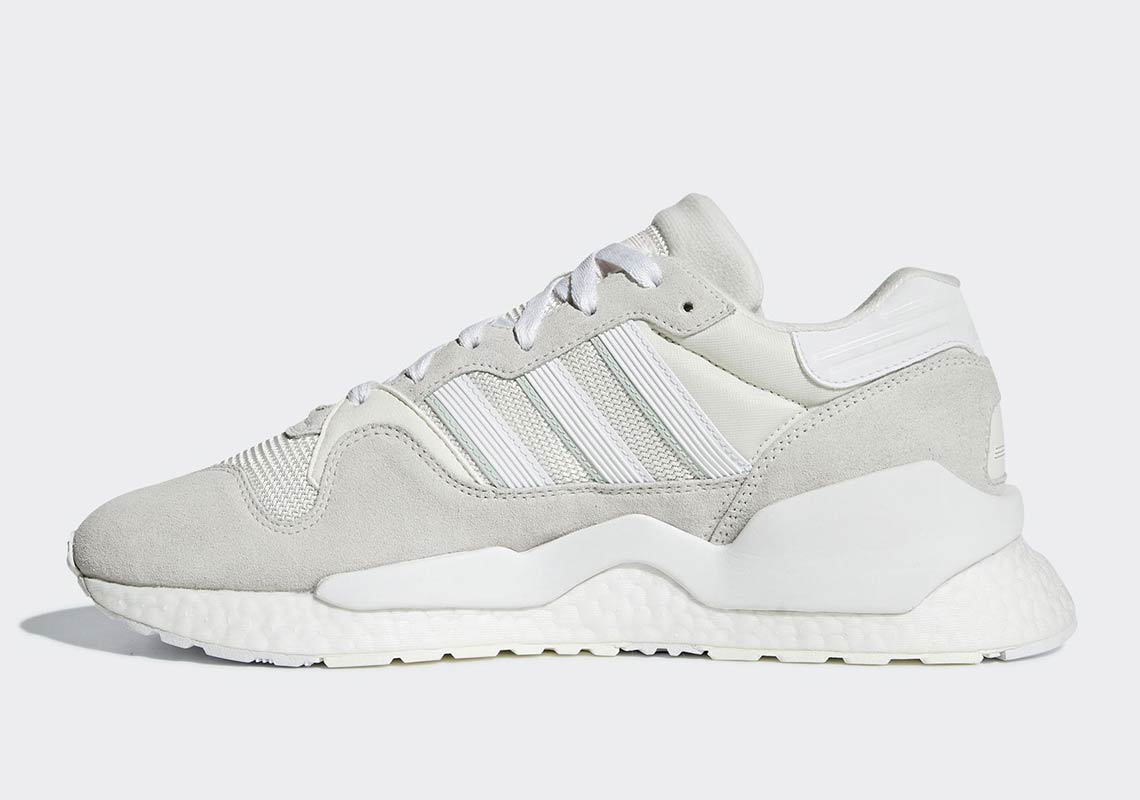 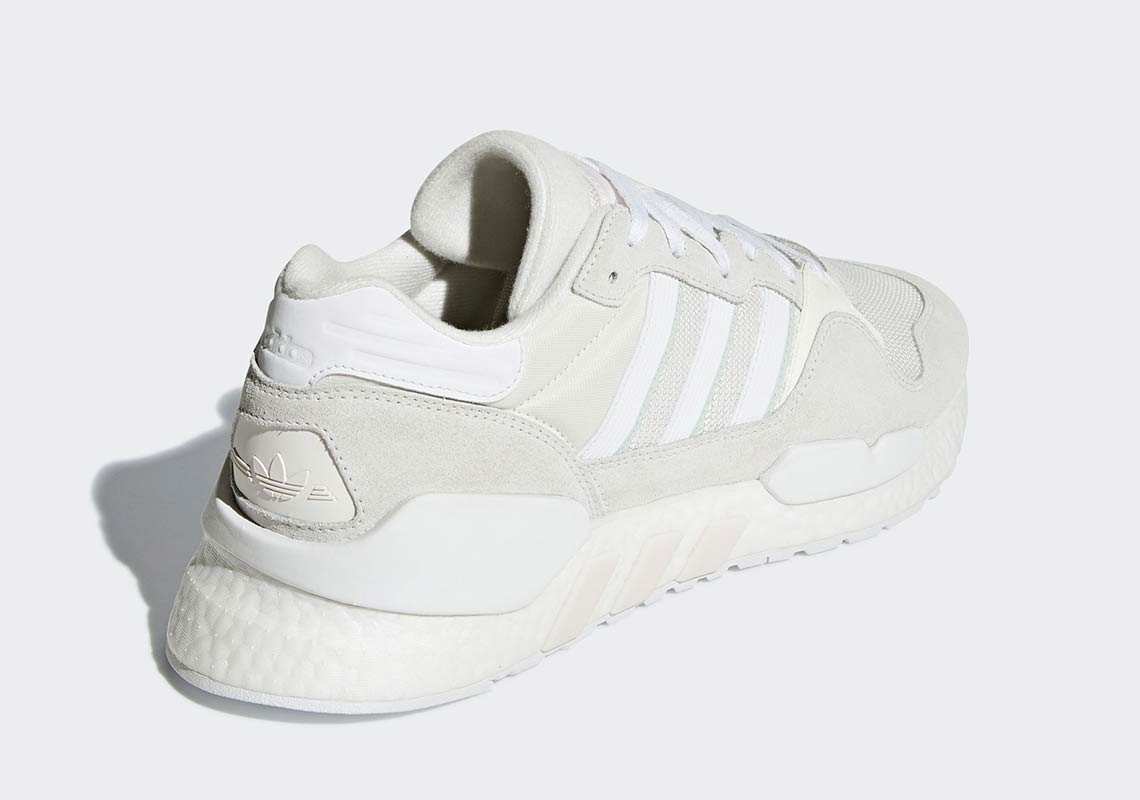 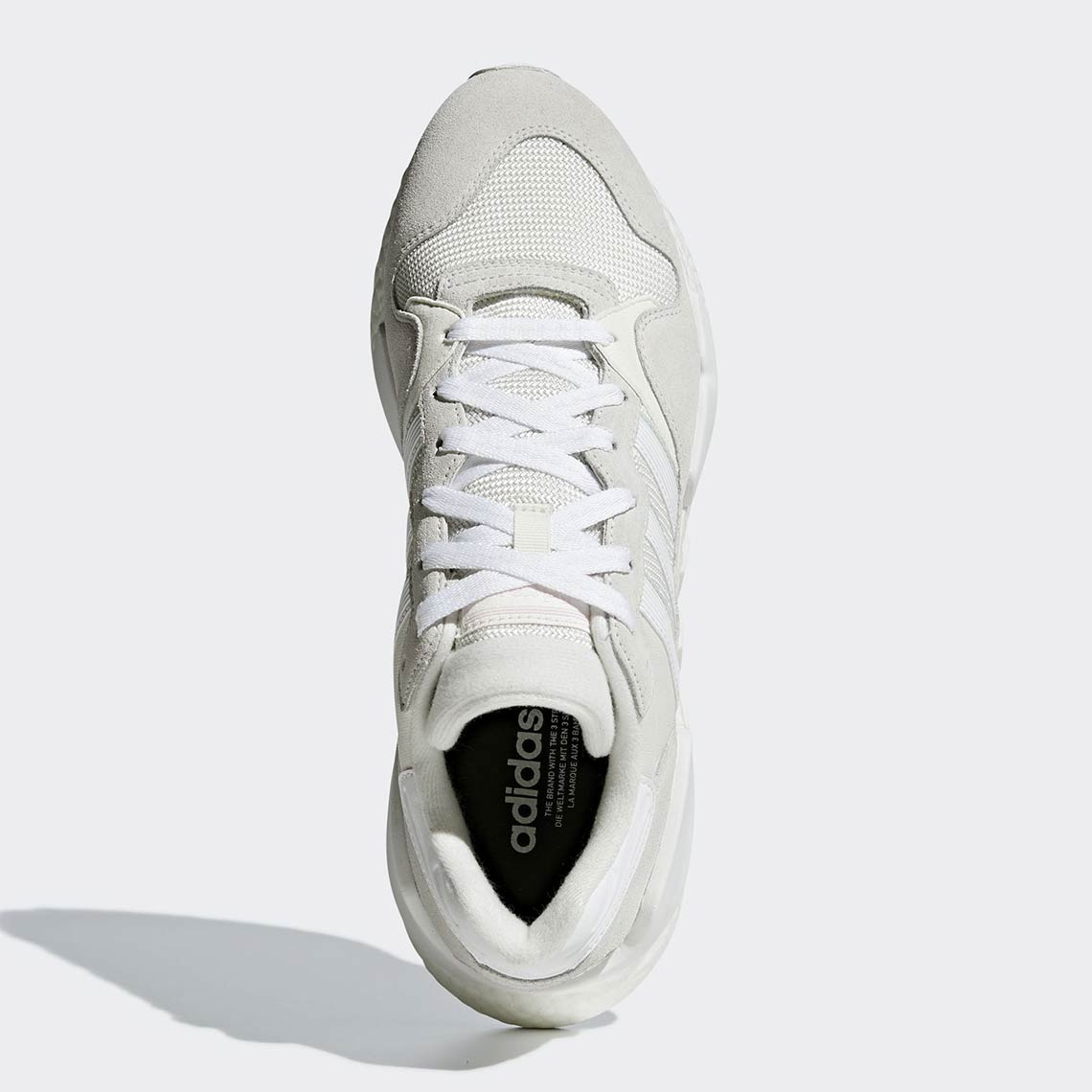