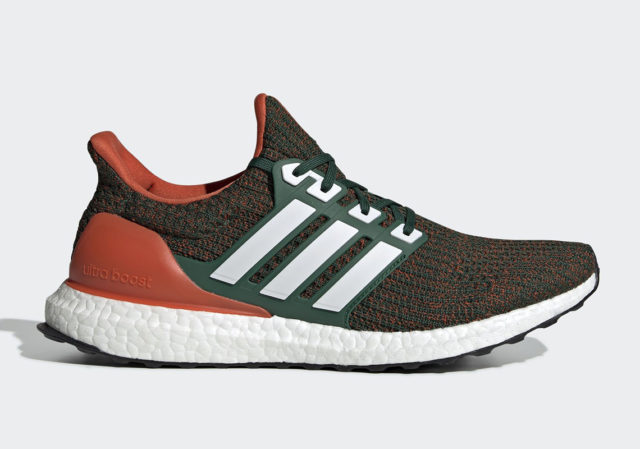 It’s a classic pair of shoes. This time, a new color matching has been released, which gives people who like these shoes more choices.

At the peak of Ultra Boost madness, the PEs issued to the brand’s NCAA teams were among the most coveted colorways of the technical running shoe. Perhaps the bright orange and green edition that represented “The U” aka the Miami Hurricanes was the most sought after, with pairs fetching high dollars in the resale market as the shoe itself never actually released to the public.

As part of a larger adidas Ultra Boost release moment in December, the brand is ushering in an unofficial sequel of sorts as the most recent 4.0 style will get dressed in the same team colors, complete with white exterior stripes and a full-length Boost cushioning. See these on adidas.com on December 2nd, and for now be sure to check our store list for the upcoming Cream Ultra Boost release.