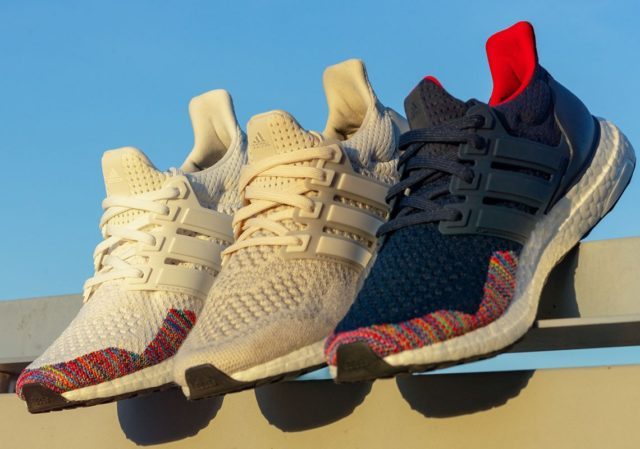 This pair of shoes has three different colors, so that you can choose the one you like.

Since defining the Boost line-up in 2015, the Ultra Boost silhouette has become a staple for those favoring comfort and aesthetics. With Kanye wearing the original pair when the model first came out, we’ve seen a massive surge of popularity with a slow cooling-off in buzz after each later iteration.

The German brand is now bringing a return to form with a re-release of 3 of its most popular colorways: the Chalk White (aka the “Cream”) as well as the two Rainbow toe editions that they’re dubbing the “Legacy Pack”. With the original weave pattern — which fans have deemed to be the best of the bunch — the Ultra Boost Legacy Pack is sure to be a hit. Each pair will retail at $200 USD and will release at adidas.com a well as select Three Stripes stockists.