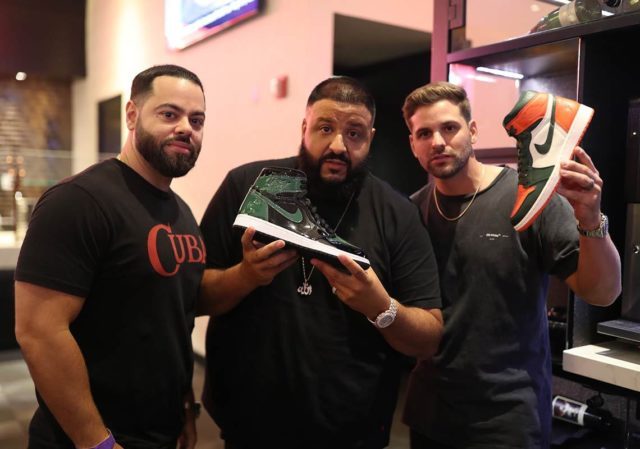 Miami’s annual Art Basel is an important event on the street culture calendar each and every year.

Apart from being a large gathering point, it’s also served as a launching pad for extremely rare sneakers before, with Basel 2017 featuring the exclusive release of both the “Rust Pink” and “Igloo” Air Jordan 1s.

Now with Basel 2018 right around the corner, Jordan Brand is bringing SoleFly — one of Miami’s most esteemed boutiques — into the fold for two special new AJ1 releases.

Premiered by bombastic Miami native DJ Khaled on Instagram, each pair boasts a striking color pallette: one offers a Miami Hurricanes-esque combo of white, dark green, and orange leather, while the other opts for a shimmering combination of forrest green and black patent leather with an orange medial side Swoosh.

Each pair also features Miami-specific branding on the tongue, with the former using a “305” area code hit while the latter opts for an “MIA” embellishment. Khaled himself mentions in the video that the patent leather makeup is limited to only 23 pairs, so it may very well be a friends and family release. 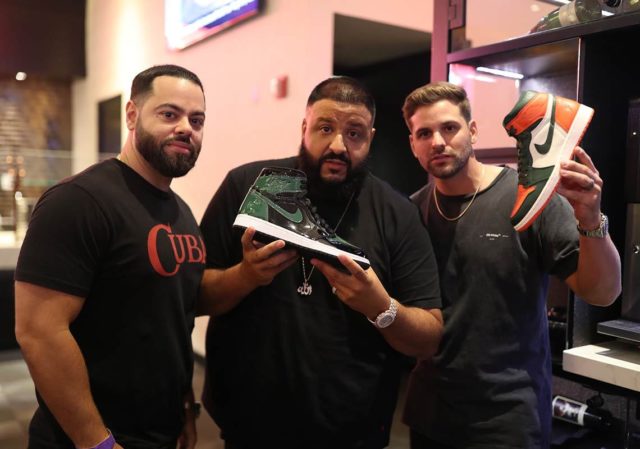