Barneys New York is best known as a stockist for a number of the world’s top high fashion houses the likes of COMME des Garcons, Gucci, and Stone Island, they are well-versed in the luxury shoe market as well, carrying Off-White label sneakers and Balenciagas.

Barneys New York is teaming up with Reebok to exclusively release two extravagant takes on the modernized Reebok Run.r 96 silhouette.

before,Reebok’s technical Run.r 96 was introduced in June, dropping alongside the Sock Run.r. The unisex silhouette boasts a mesh upper with rubber accents and a chunky soul with sawtooth detail. Traditional laces have been replaced with elastic cord locks. The names of both brands can be found on the insole.

Now, Barneys Done up in both a black and a pink/blush colorway, the chunky, low-cut runner boasts an exaggerated thick midsole with mesh and leather panelling on its upper with grey reflective elements mixed in for contrast.Barneys branding shares real estate on this offering’s co-branded insoles, while a conventional lace unit is replaced with an oft-preferred clasp-style system. 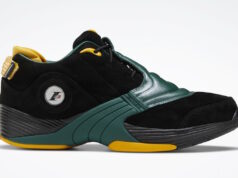 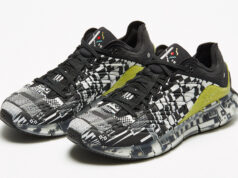 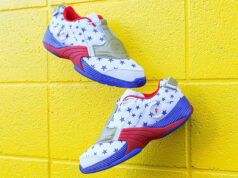