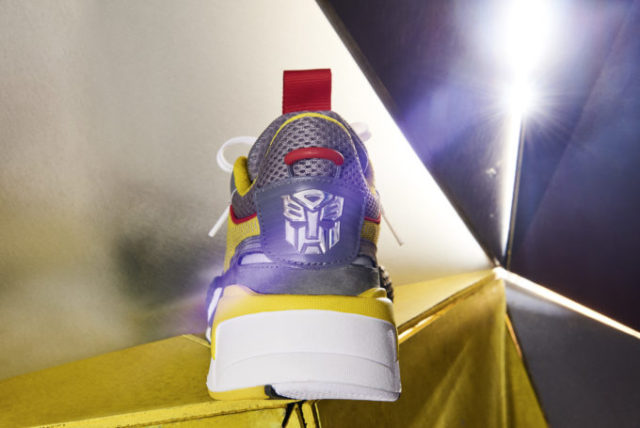 PUMA has teamed up with Hasbro to create a series of collections to celebrate the release of the upcoming spin-off movie Bumblebee this December. First introduced by Hasbro and Japan’s Takara as a toy series in 1984, the adventures of the robots which can transform into motor vehicles also became a popular cartoon series. So far, there are only visuals of the “Bumblebee” colorway. A singular teaser photo indicates the pair will feature a yellow and grey mesh upper to represent the colors of the popular hero, red accents, and a metallic silver Autobots symbol on the heel.
“We are proud to collaborate with PUMA, one of the world’s most popular and respected sports apparel brands,” said Nikki Gie, EMEA Director – Fashion & Home, Hasbro.“With nostalgia for the 1980s at an all-time high, we are excited to bring together two 80s icons for the first time: Transformers and the PUMA RS shoe. We hope fans everywhere will rock the Transformers RS-X sneakers when they come out to see even more 80s vibes in BUMBLEBEE, in theaters this December!”
Sneaker and Transformers fans alike will get the chance to purchase the Hasbro x Puma “Transformers” collection when it releases exclusively at Foot Locker this December. 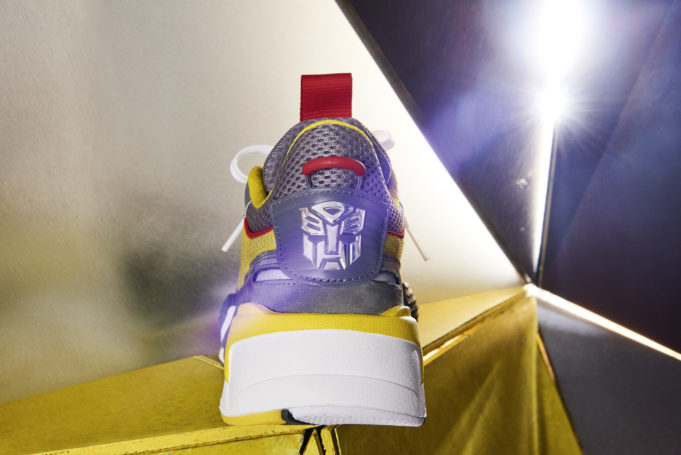 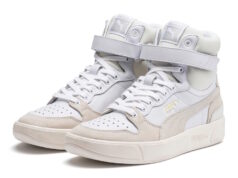 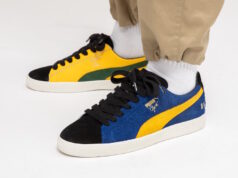