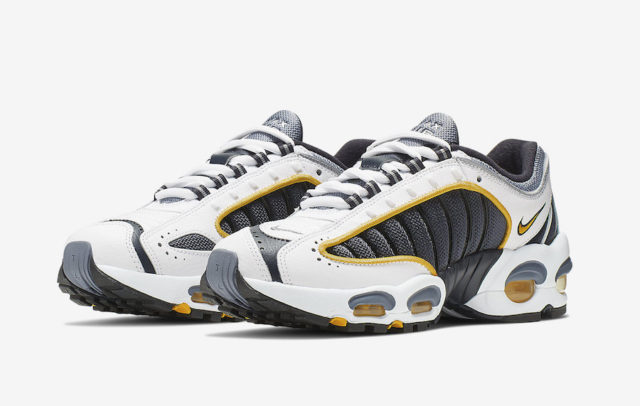 The Nike Air Max Tailwind 4 is returning this year and now the silhouette is set to launch in an upcoming Navy and Gold iteration. Unlike the Supreme collaboration that debuted a few weeks ago, this scheme is much more akin to vintage make-ups, serving as one of the few original iterations to make headlines on current releases. This pair comes with White leather across the upper while Grey mesh lands on the collar and tongues. Navy mesh appears on the panels with Black molded plastic overlays.
Grab a detailed below and expect a release inbound at select retailers and Nike.com very soon. 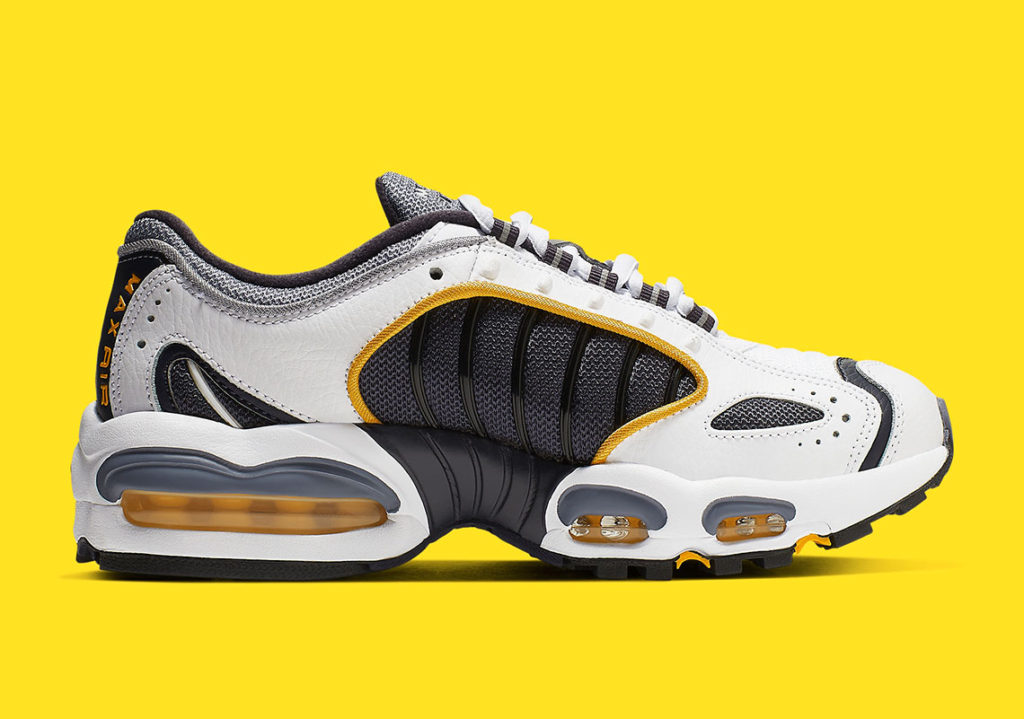 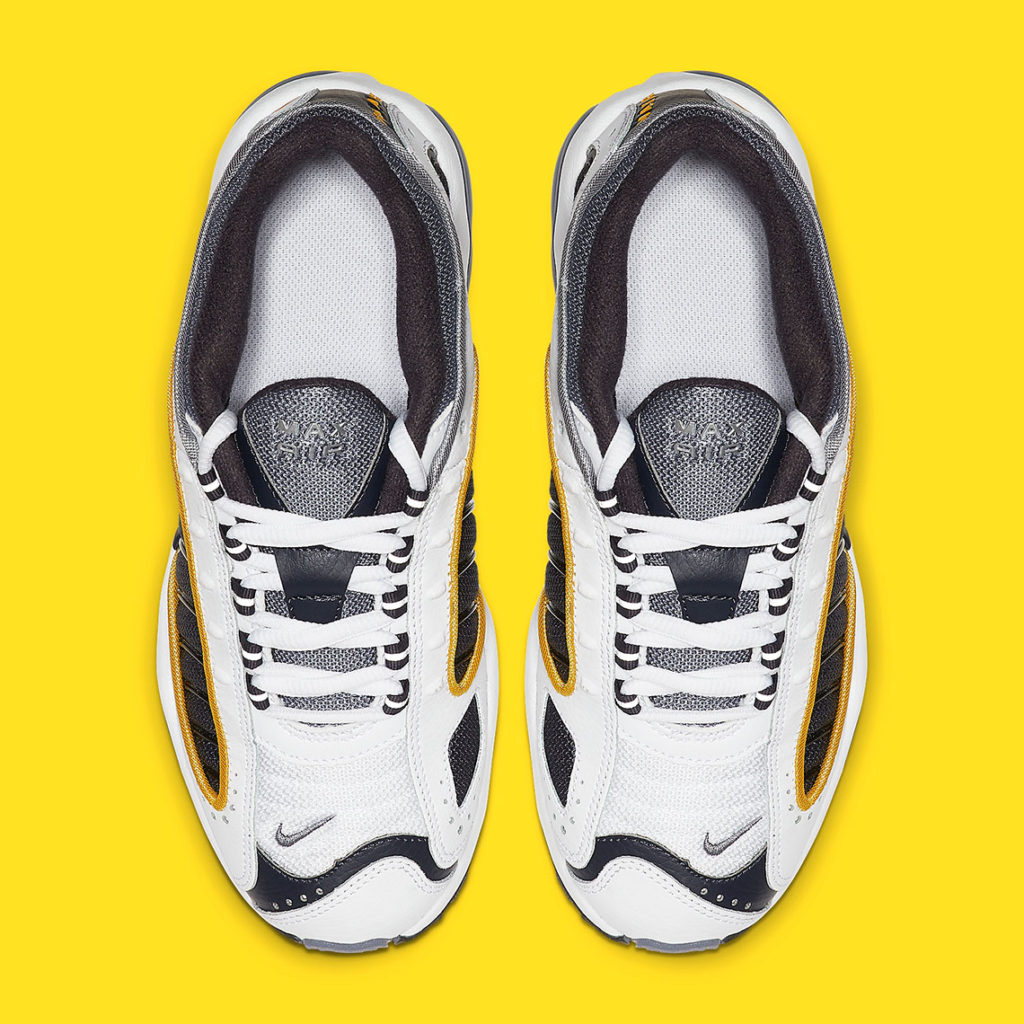 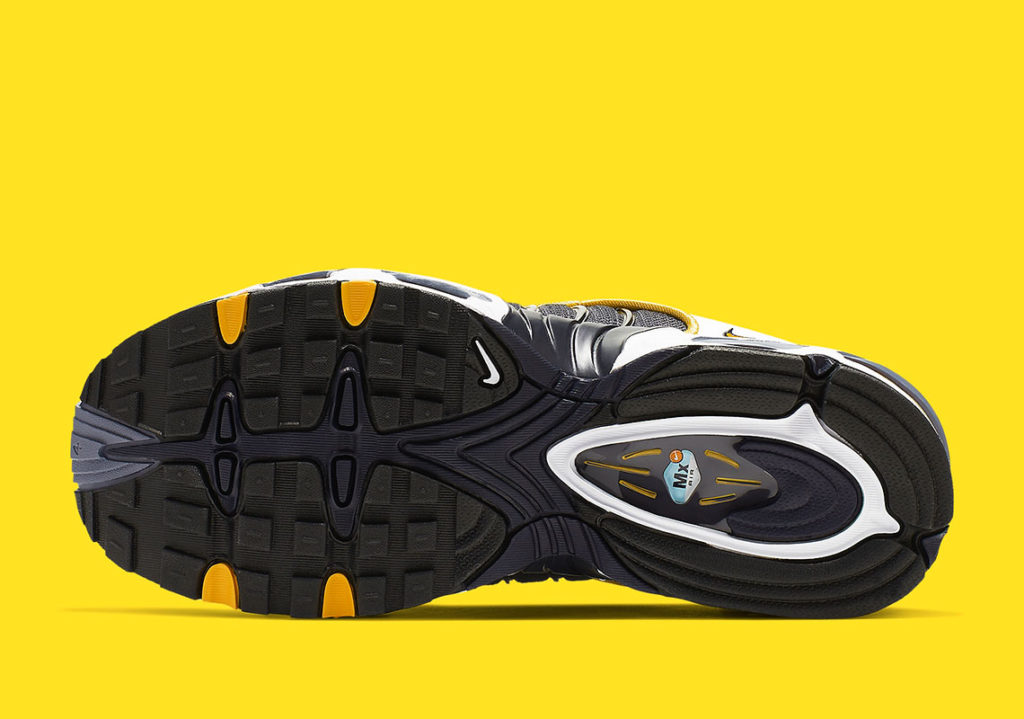