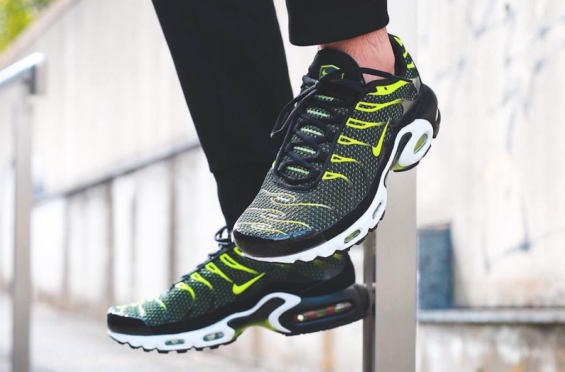 The green lines support the entire shoe body like exoskeletons, giving a sense of being on an alien planet.

Already available internationally, here’s an official look at the Nike Air Max Plus Black Volt. Said to be a part of Nike’s “Frequency Pack” (Foot Locker exclusive), this new colorway of the model comes dressed in a Black upper offset by the Volt accents noted throughout the upper.

Standout features include the gradient pattern on the molded stripes, patent leather wrapping on the midfoot and the White accents placed on the midsole. We’re still waiting for a stateside release, but the Nike Air Max Plus Black Volt is now available at Nike UK. You picking up a pair once they arrive in the states? 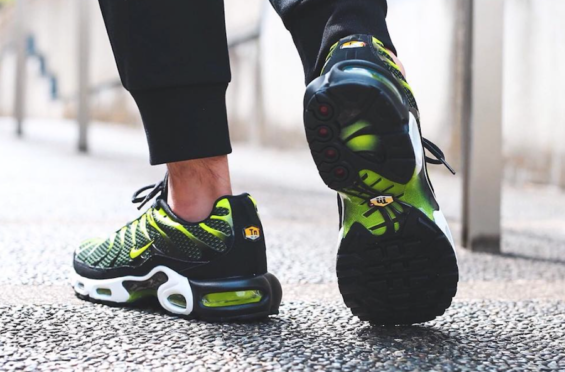 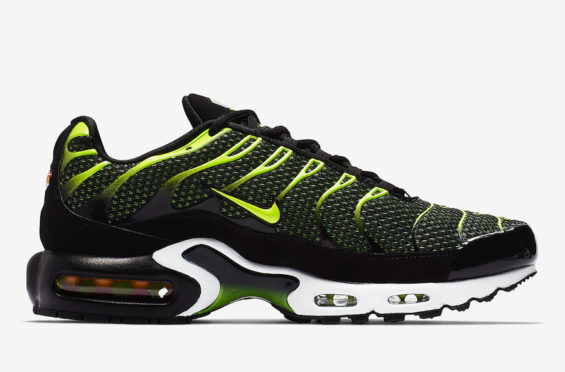 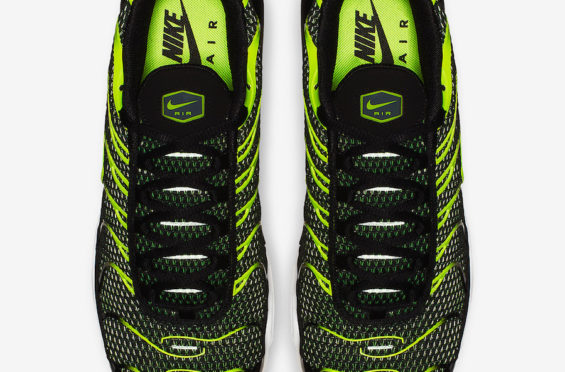 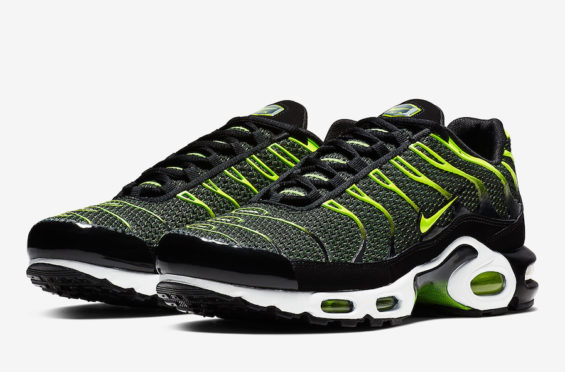 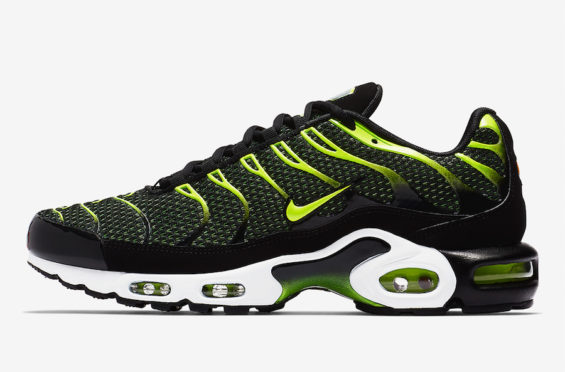 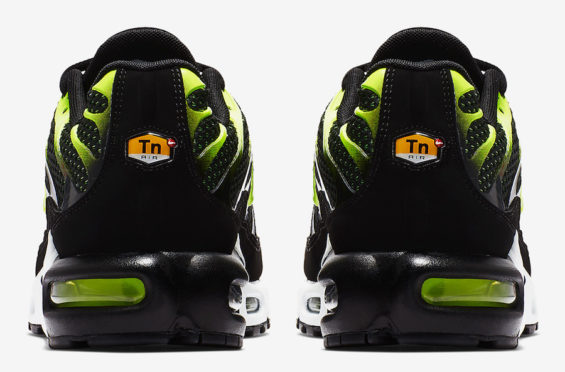 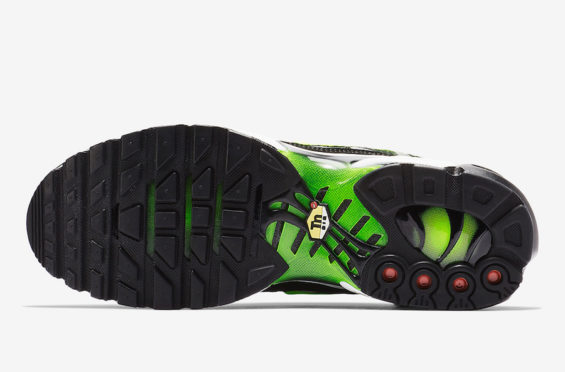