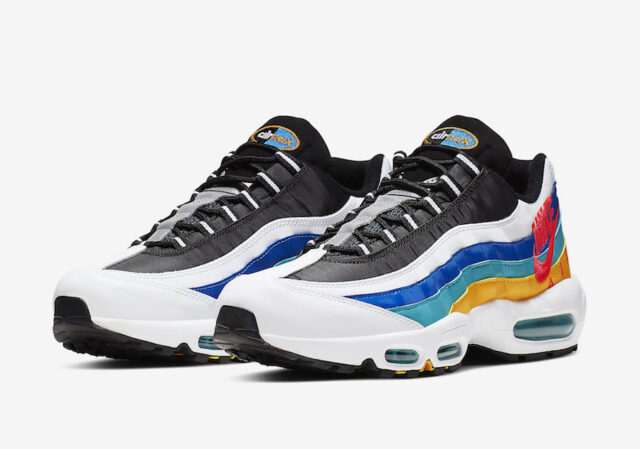 Inspired by Nike’s windbreakers of the late 80s and early 90s, the Swoosh has started to release a few models from their upcoming inspired collection. This iteration of the Air Max model comes dressed in a White, University Gold, Teal Nebula, and Red Orbit color scheme. The laceguards and tongue come in black to contrast the white reflective material riding up from the toebox to the throat, and also featured on the heel. The retro look is completed with oversized Nike Air logos and a “Sportswear” tag near the heel in “Red Orbit” and black, reminiscent of the brand’s ’90s windbreakers.
Grab the photos below, and you can find this Air Max 95 available now on Nike.com. The retail price tag is set at $170 USD. 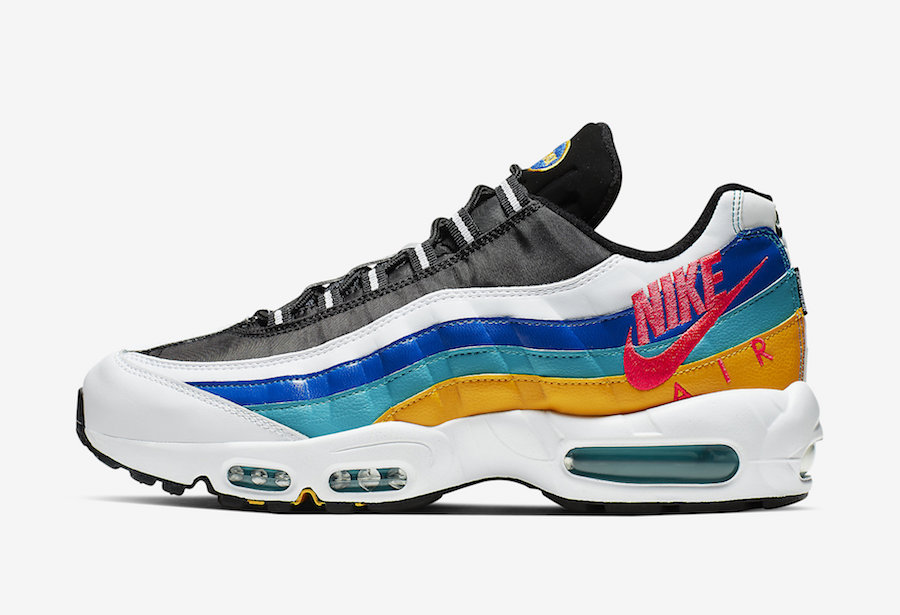 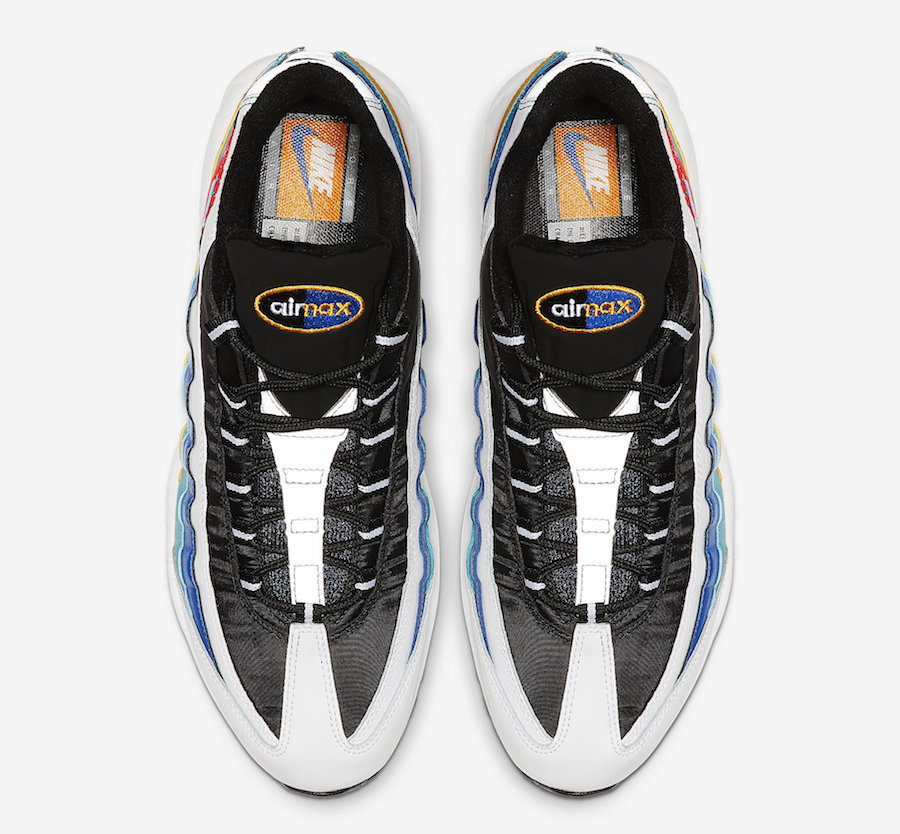 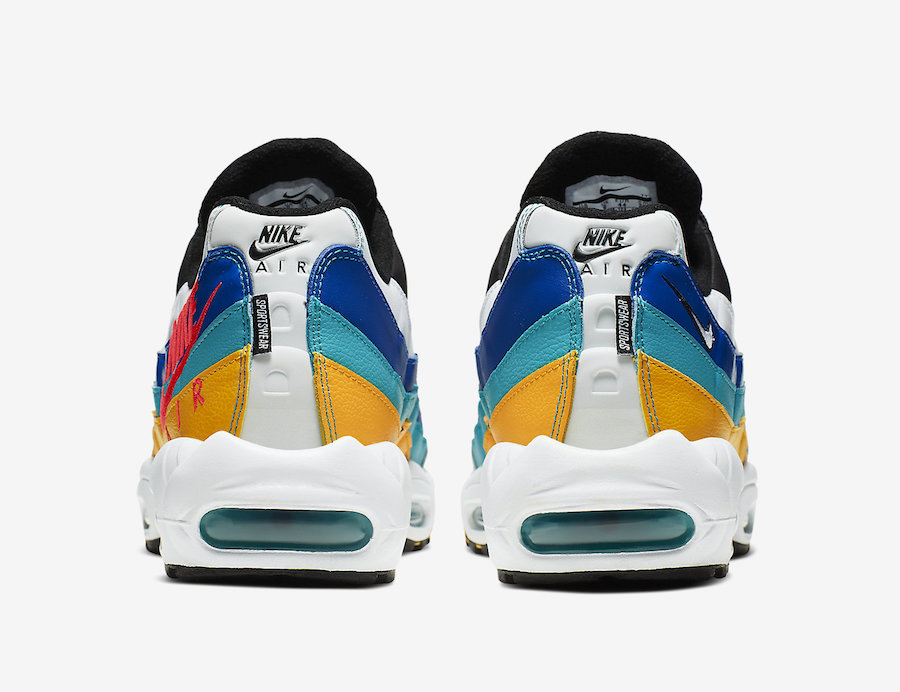