Nike recently released images of a new Air Force 1 Low Utility. Having already been shown in a red, black, and white color scheme, the Swoosh is now ready to roll out a fall-flavored Olive Canvas iteration with similar Tour Yellow detailing that took shape on the last set of three.

New to this shoe is the tonal green rework, giving way to tumbled leather all throughout its upper base, with white leather Swooshes hitting the side areas, while mini embroidered checks invade the forefoot area and lace dubrae. Other notable accents include the exposed textile tag sitting behind the lateral side Swoosh, as well as the looping heel tabs.

Pairs of this lifestyle-ready Air Force 1 Utility are set to arrive on Nike.com and at other Swoosh Brand retailers on October 1st. 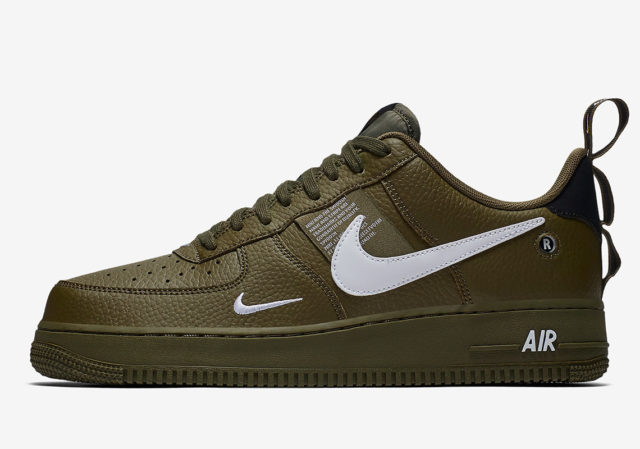