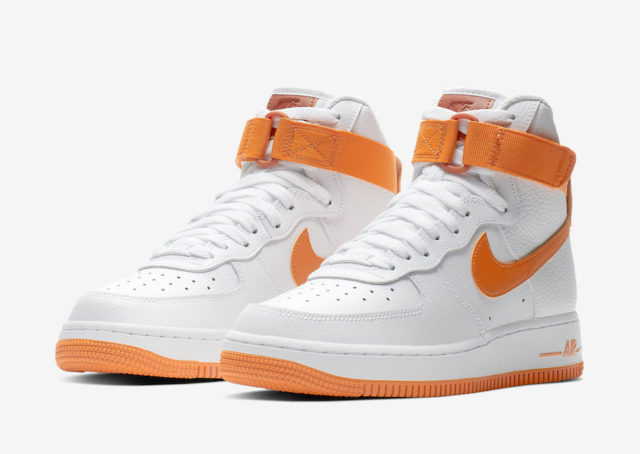 Nike is set to release a few new White-based Air Force 1 High colorways for the warmer months which features a White upper and flashy pops. A white leather fills the majority of the construction, adding simplistic balance to the louder embellishments found throughout the kit, with a pebbled appearance setting it apart from the more basic triple-toned renditions. In addition we have Orange placed on the Swoosh, ankle strap, heel, insole and across the rubber outsole which completes the look.
Check out the official photos below, and look for this Air Force 1 High to release in the coming weeks at select retailers and nike.com. 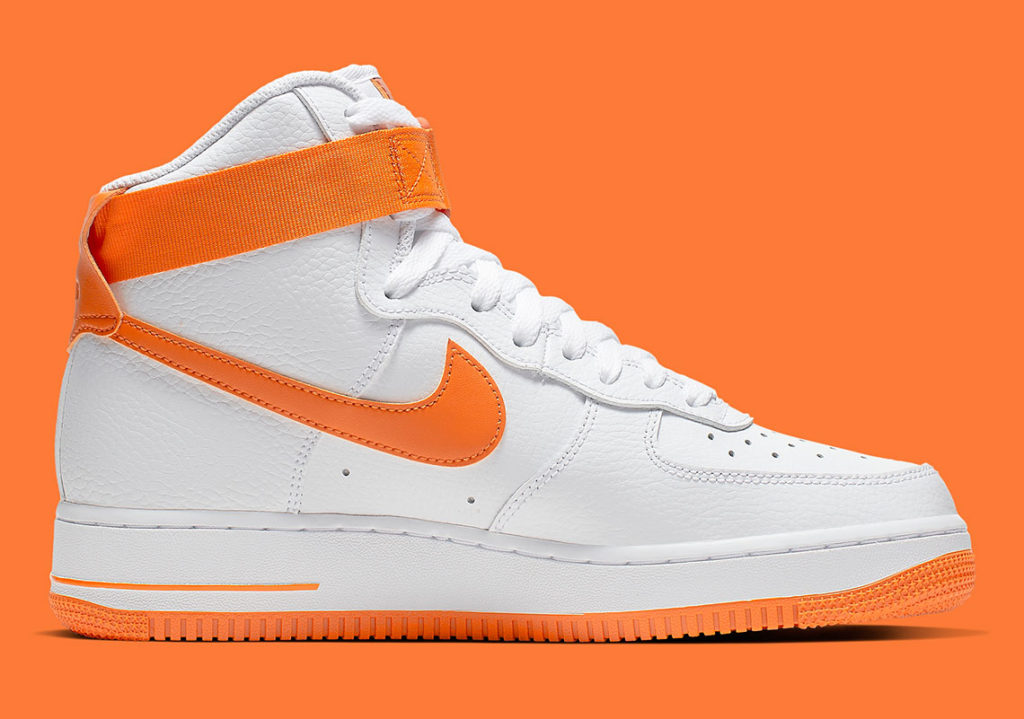 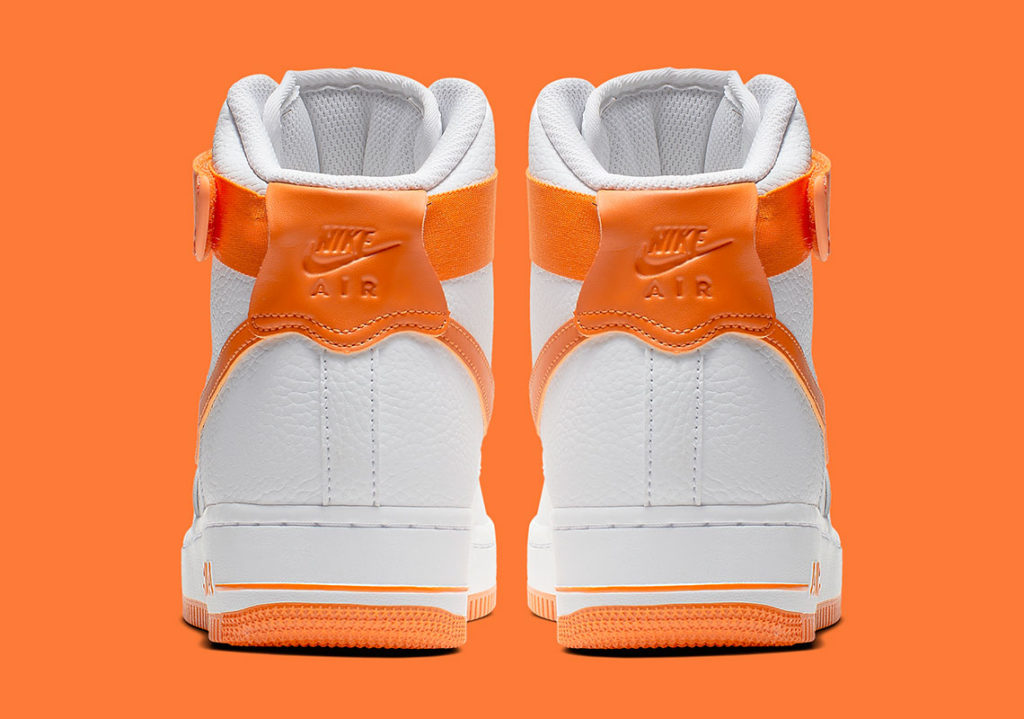 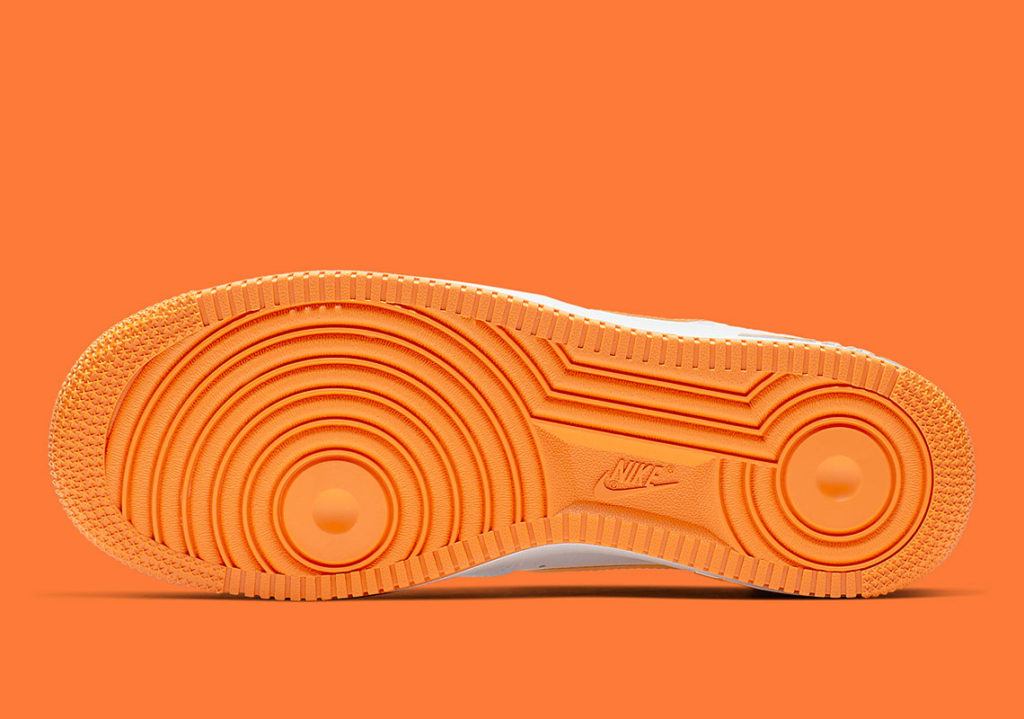