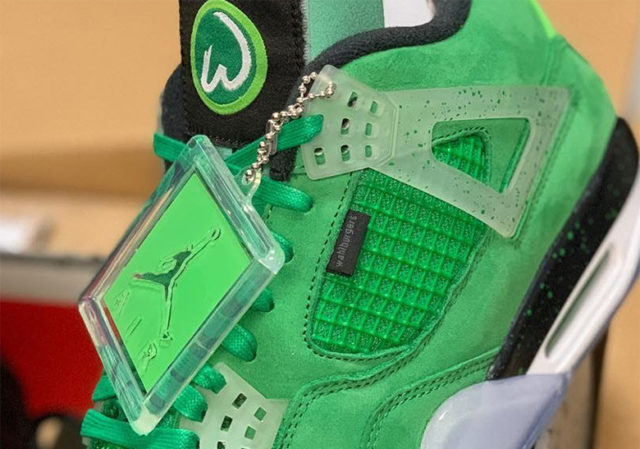 Over the years, Mark Wahlberg and Michael Jordan have created an unexpected friendship built on rounds of golf and the fact that they both gravitate toward the top of their respective fields.

This celebrity duo has led to a number of Wahlberg-inspired Jordan PEs stemming from the family’s Wahlburgers franchise as well as the actor’s participation in the Transformers film series.

Last year, Wahlburgers received its own trio of Jordan Formula 23 trainers, and now – in advance of its 30th anniversary celebration – the Boston-native took to IG to flaunt a pair of green and black Jordan 4s. Equipped with the burger joints signature “W” logo on its tongue, other details include an array of green shades, translucent eyelets and a matching outsole, and an attractive paint splatter print on its black midsole. 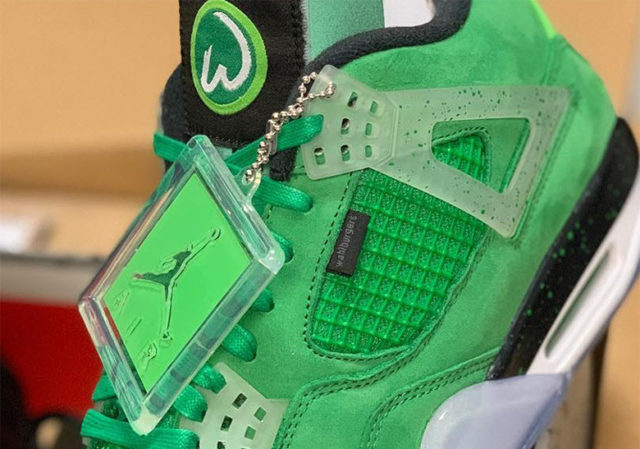