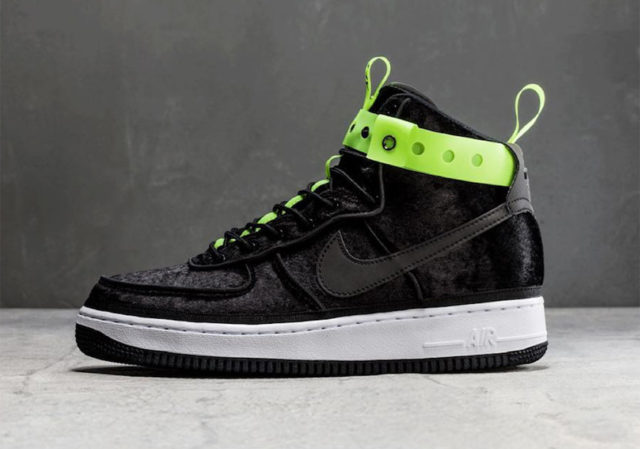 As a follow up to their first release back in February, Tokyo-based streetwear brand Magic Stick and Nike are set to release another exclusive Air Force 1 High. For its latest collab, the brand was inspired by the VIP section of nightclubs. The upper is constructed of a luxurious black velour that nods to VIP sofas, while reflective detailing on the upper’s raised seams and Swoosh ensure that the wearer will be visible — no matter if they’re enjoying themselves on the dance floor or lounging in their pricy booth.Similar to the original release, a green wristband that wraps the ankle, which matches the green pull-tabs on the heel and tongue of the shoe.
The “VIP” Magic Stick x Nike Air Force 1 High “Black Velour” will release exclusively in Japan through Nike SNKRS and other select retailers on Saturday, Nov. 24. Pricing has yet to be announced. 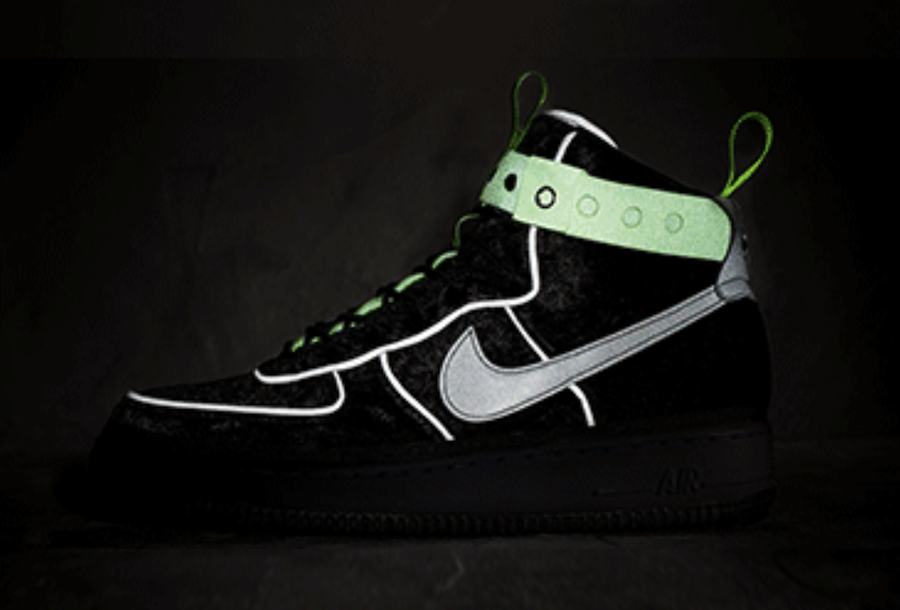