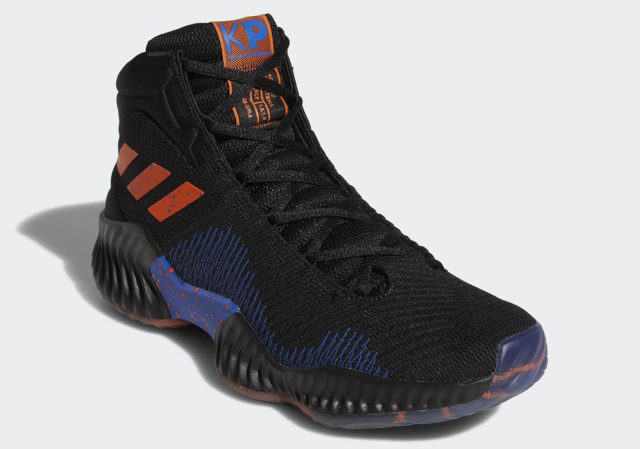 This pair of shoes is a perfect match with black as main color matching and blue and orange ornament.

Being a Knicks fan during the 2018-19 NBA season is not going to be easy. With “The Unicorn” Kristaps Porzingis likely out for the entire season, fans showing up to the Garden will be tuning in to watch the likes of rookie Kevin Knox and the grossly overpaid guard, Tim Hardaway Jr.

While the seven foot tall stretch four may be down for the count, adidas knows that KP is as marketable a star as they have on their roster and will be releasing a PE version of the brand new Pro Bounce Mid in his honor. Done up in a Knickerbocker-friendly array of Core Black, Orange, and Collegiate Royal, the Zinger’s initials come embroidered on its tongue, while paint splatter adds flavor to its midsole and Three Stripes midfoot hit.

A unicorn graphic furthering the nod to the Latvian superstar taking shape on its outsoles completes this honorary creation that is available at the retailers we have listed in our where to buy section below. 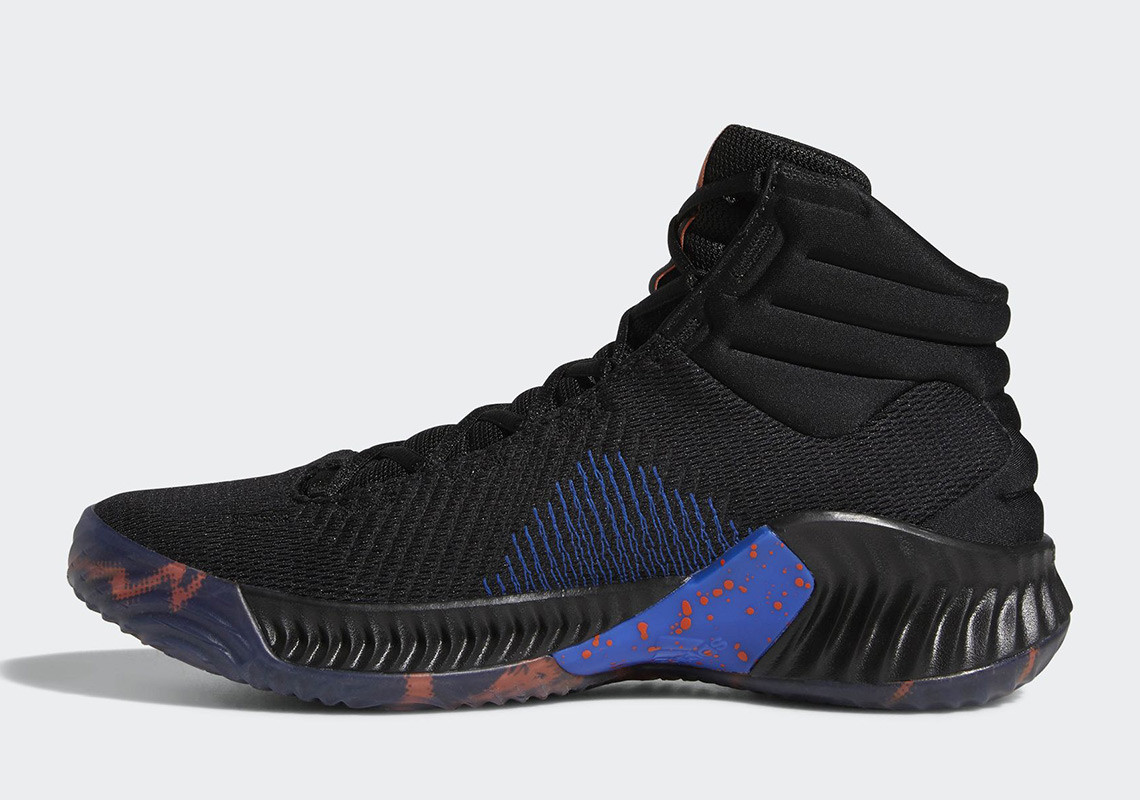 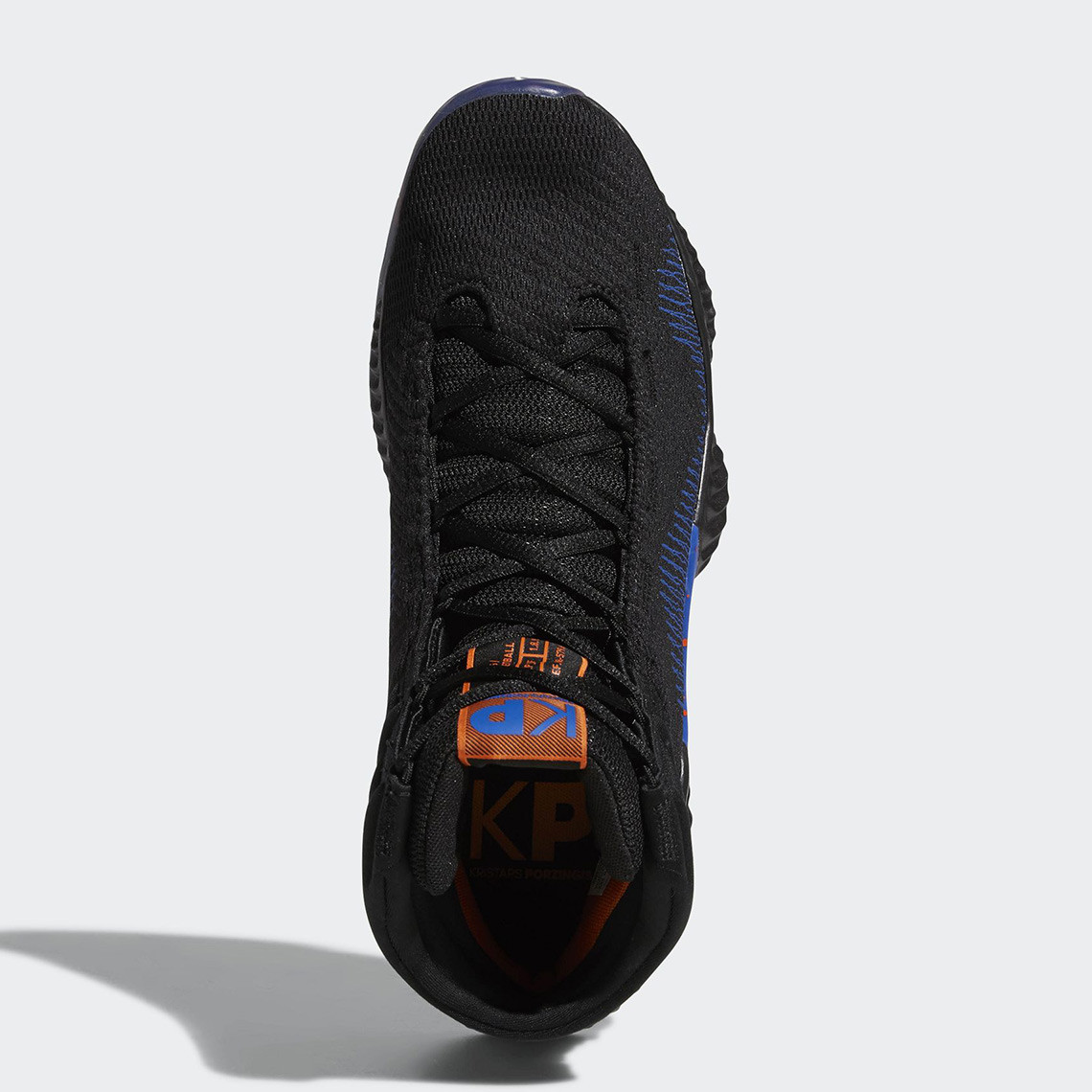 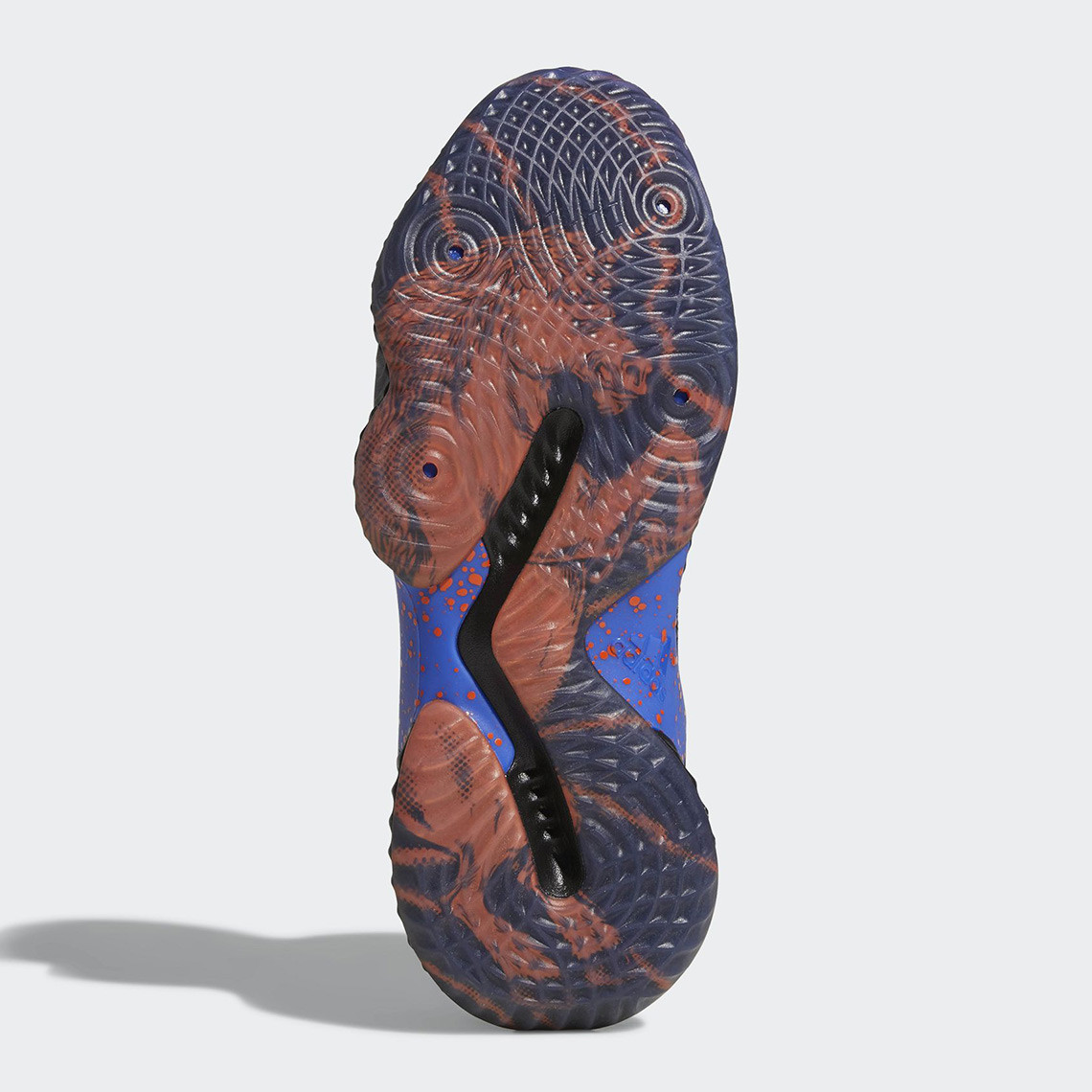 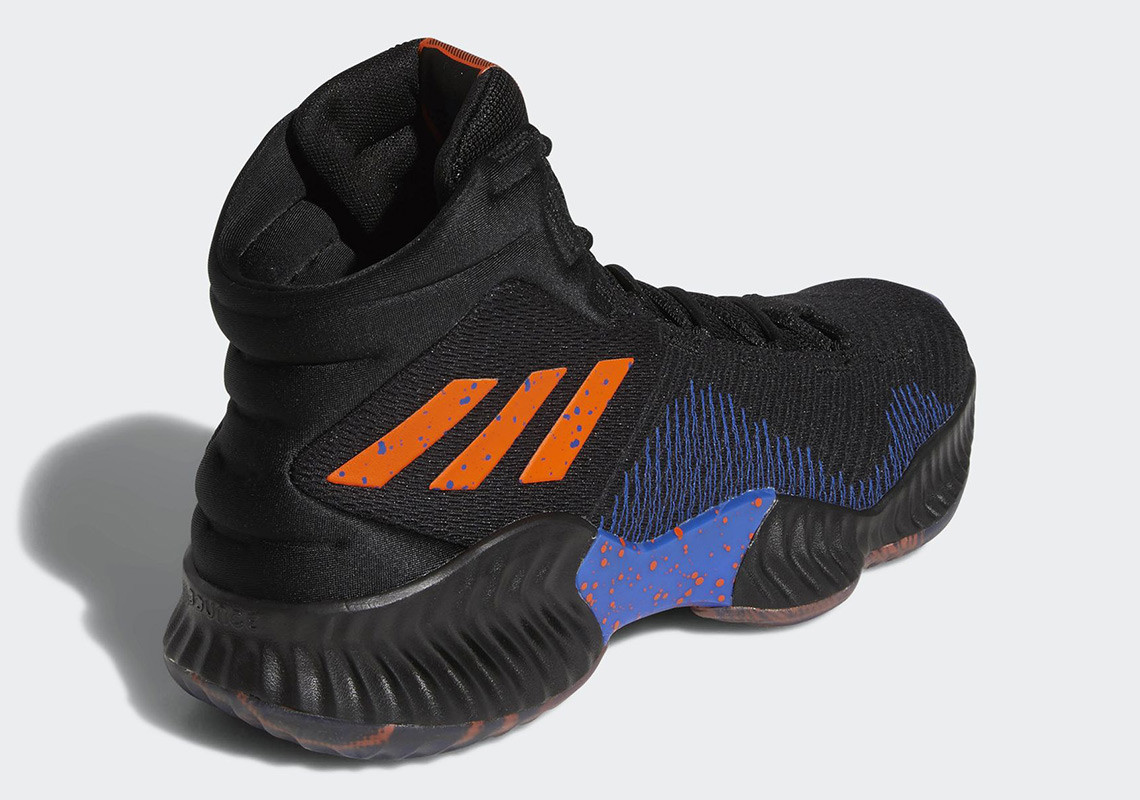