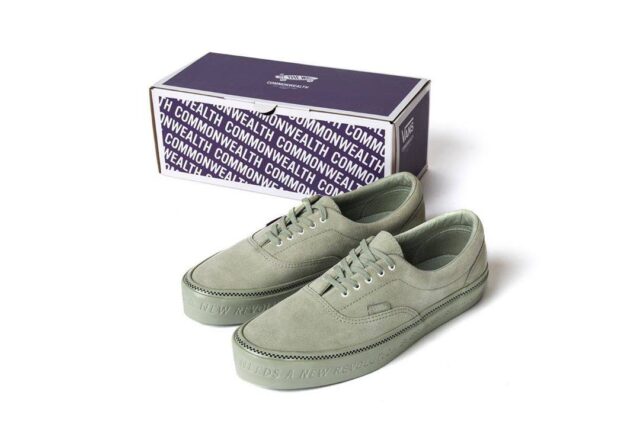 The collaboration is the first in a series of collaborations between Commonwealth and Vans Vault. Founded in Norfolk, va., Commonwealth has built a reputation for working closely with local artists and has made its stores a hub for local art, design, skateboarding and street culture. In this joint venture, both parties will launch two new pairs of shoes, OG Era LX and OG Slip-On LX.

Commonwealth looks to art, the military and pop culture for inspiration, and USES it as a prime consideration for co-branded shoe designs. Covered in premium suede, Era has a new “Desert Sage” color scheme, and Slip On has been transformed into “Lark Tan”.

OG Slip-On LX is also a pure suede with extraordinary texture. The yellow vamp is paired with a white outsole with the same black and white checkerboard stripe pattern around the middle of the whole hem. The Vans label on both sides of the shoe body is double-sided and the purple Commonwealth logo can be found by opening it.

At the same time, Commonwealth pays more attention to details, making the whole package more concise and eliminating the previous “front skirt” design. The outsole is a retro ‘knife cut sole’ with hidden ripples, and details such as insoles are printed with the Commonwealth Logo. For this purpose, Vans designed the most retro shoe box into a purple and white joint shoe box. 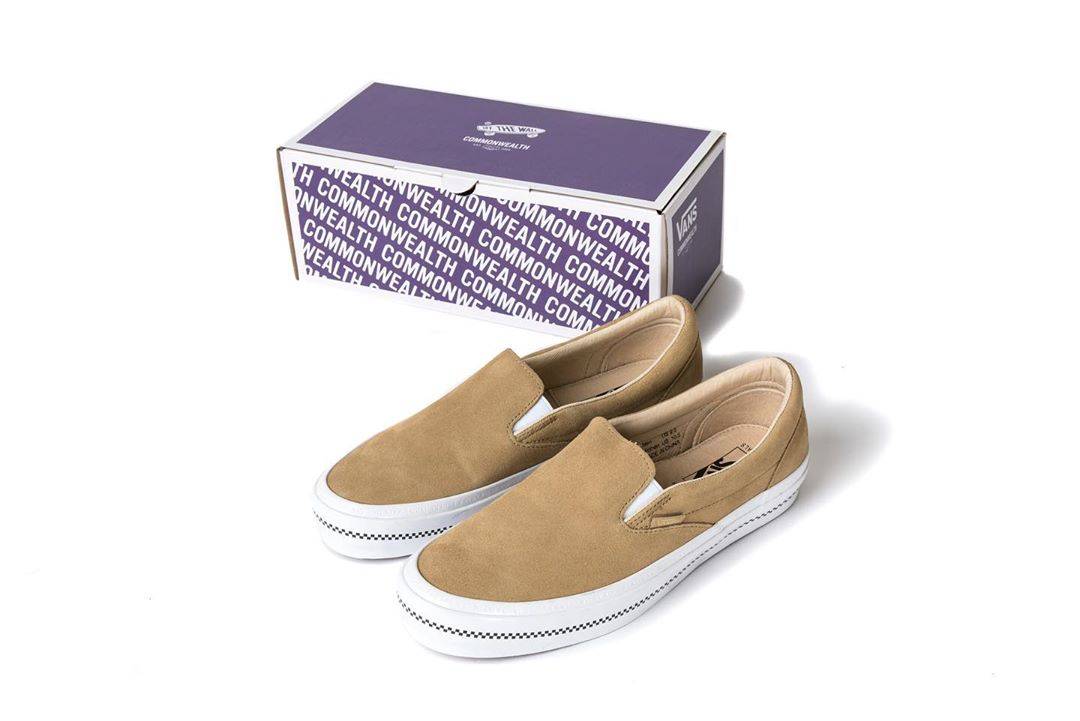 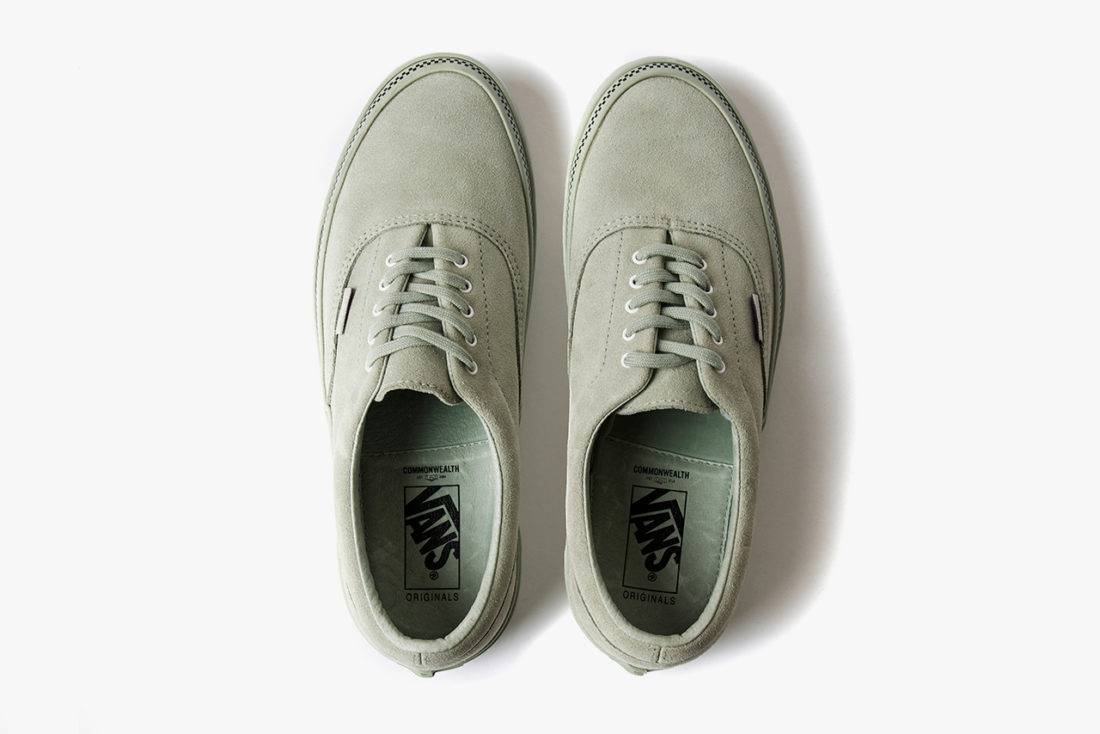 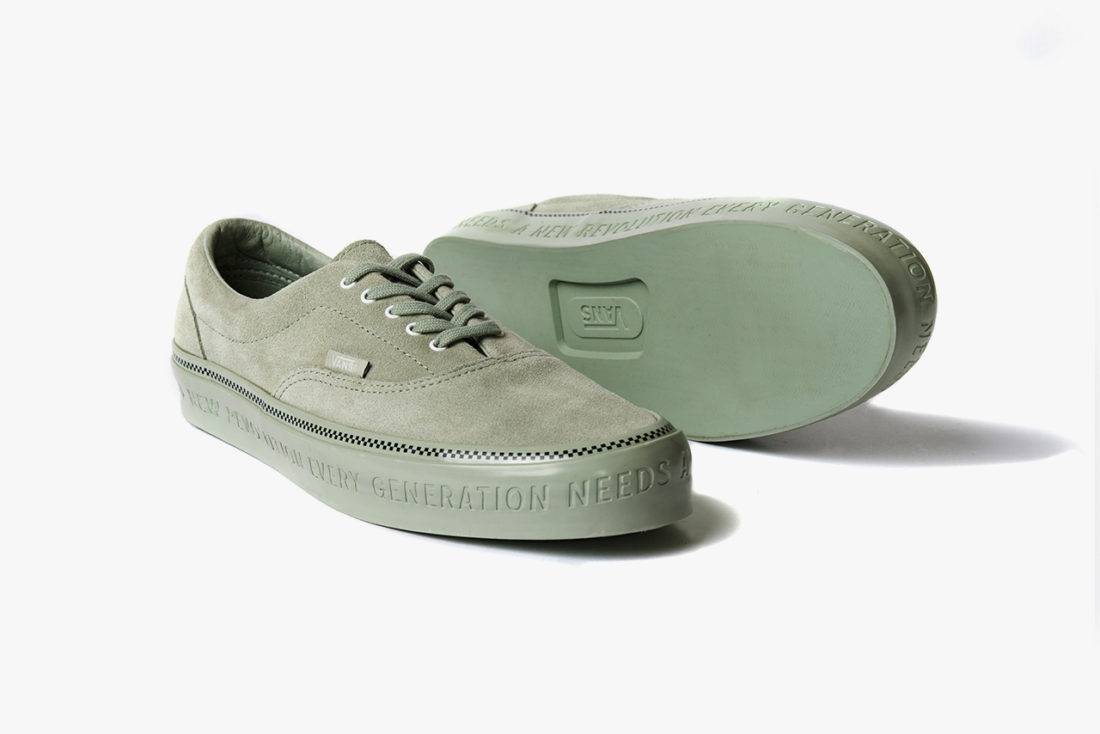