Clot and Nike team up to launch Air Force 1 Low’s new color scheme next month.This pair of shoes combines his brand street style design language with some of the main lifestyle elements.Whether it is the design of the details or the material is praiseworthy.

One comes dressed in “Game Royal” (shown below) and the other in a “Rose Gold” makeup. Both pairs features silk upper with Chinese patterns. A White midsole atop a Gum rubber outsole completes the design.Hits of a luxe silk fabrications almost completely outfit the construction from toe to heel with no deviance from its Royal Blue palette. Swooshes contrast by just a tad through smooth leathers with branded tabs featuring a similarly standout note through its neutrals while the rest of the core panelling ornament with various etchings akin to a hand-embroidered textile a king’s garb.

Look for these Clot x Nike Air Force 1 Low styles to release in October at select retailers. The retail price tag is set at $250 USD each.

UPDATE: Clot’s lifestyle store Juice has confirmed that the “Royal University Blue Silk” Nike Air Force 1 Low will release this week. The shoe draws inspiration from Yin and Yang that features a tearaway upper that can peel away to reveal Grey underneath. 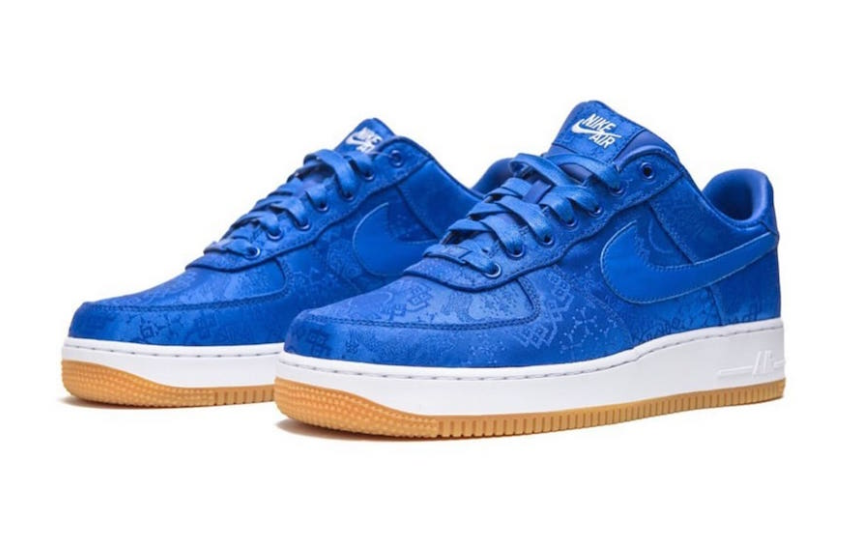