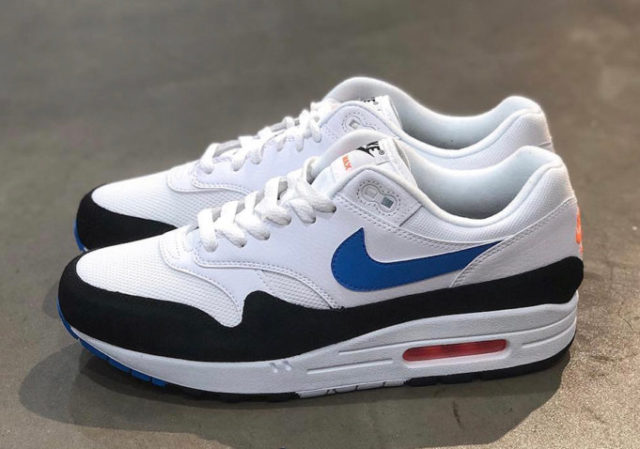 Nike’s never-ending lineup of the Air Max 1 will be adding yet another new colorway in time to enjoy the warmer months ahead. The colorway that is presented up above is one that lines up easily with the style/theme of an OG colorway as the shoes come covered in White throughout the mesh and leather upper. Color then arrives via the aforementioned blue and orange tones — the former graces the Swooshes and part of the outsole, while the latter makes its presence felt on the heel and Air Max cushioning unit.
Get a detailed look below, and expect this Air Max 1 to release in the states very soon at select retailers and nike.com. The retail price tag is set at $110 USD. 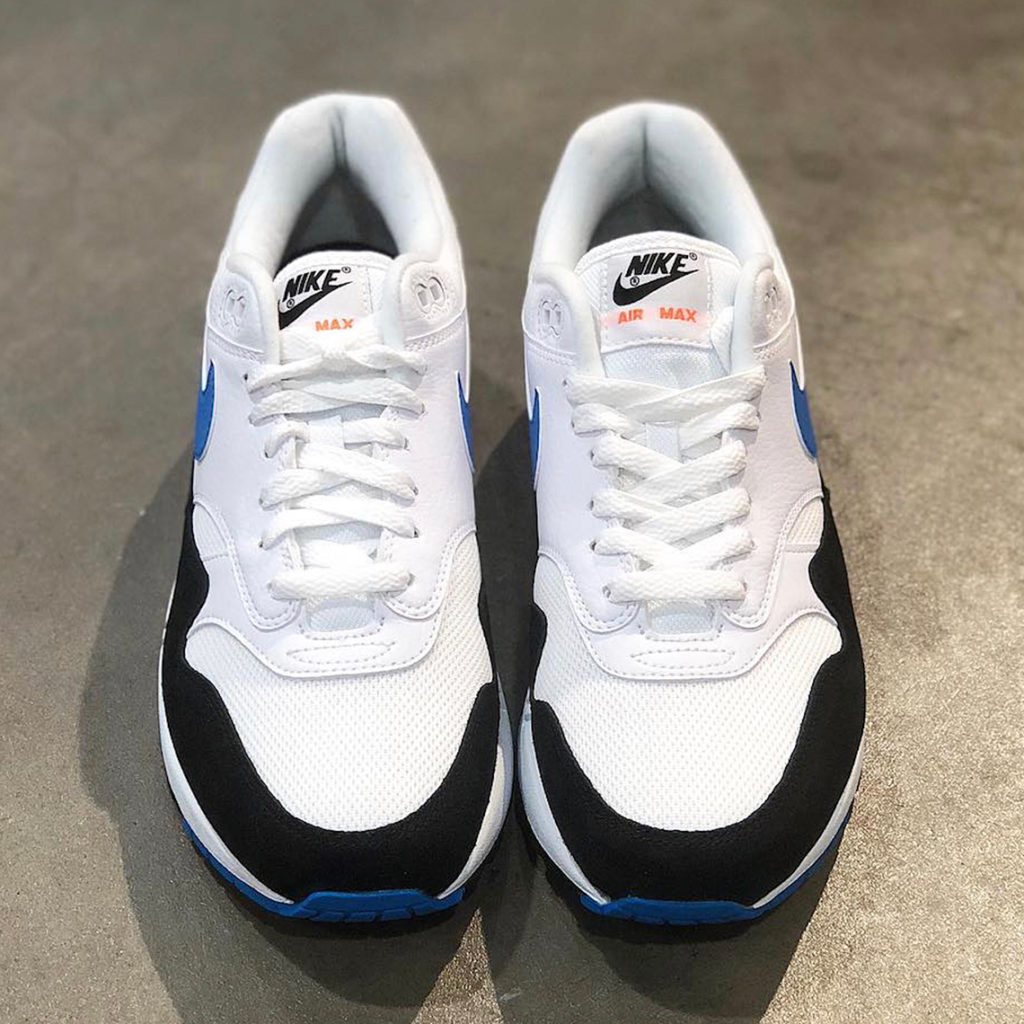 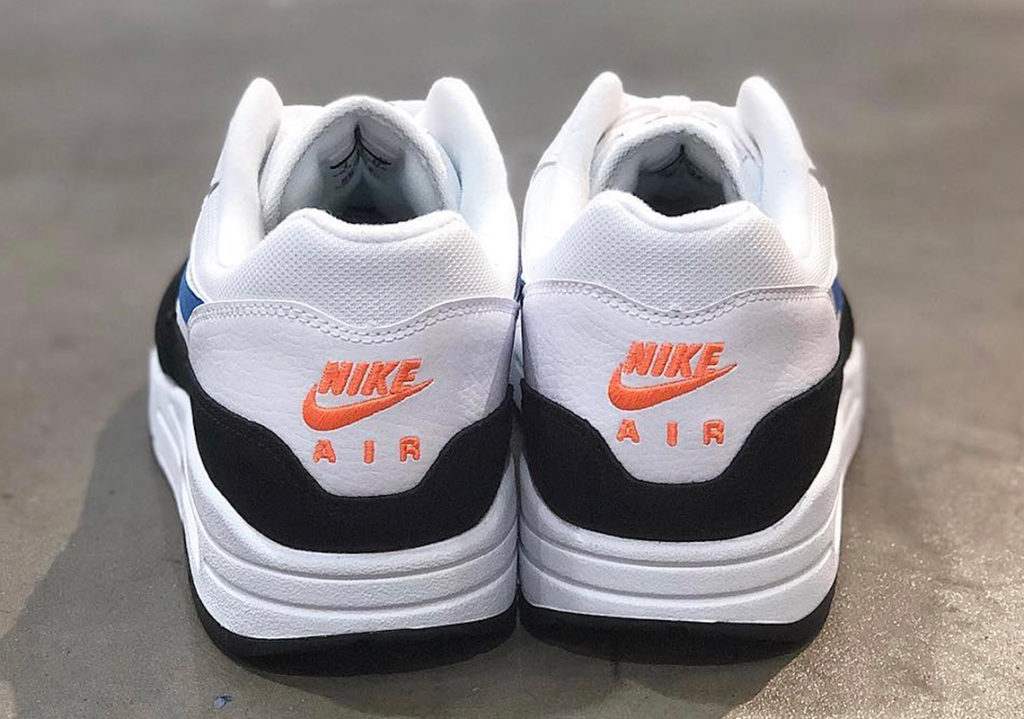