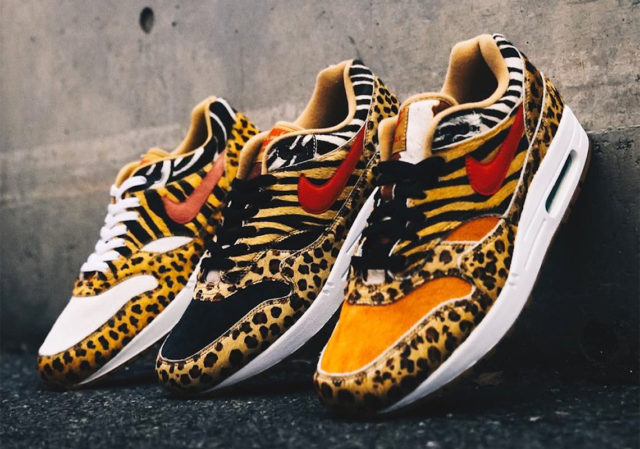 Japanese retailer atmos has released arguably the best Air Max Packs of all-time, with their “Animal Pack” being one of their most well-known releases,  consisting of both the Air Max 1 and the Air Max 95.  Re-issuing a modern version of their “Animal Pack” that originally released back in 2006, the 2018 iteration dubbed the 2.0 has been championed by a friends and family edition that is deemed the 3.0.

The special shoes feature a plethora of exotic prints, calling upon everything from zebra to cheetah, and come dressed with red and green details, nodding to the yin and yang between herbivores and carnivores. It differs predominately at the toebox and paneled underlay, where black pony hair is replaced with a burnt orange version.

None of the three are dropping and this Nike Air Max 1 Animal Pack will not release at retailers. 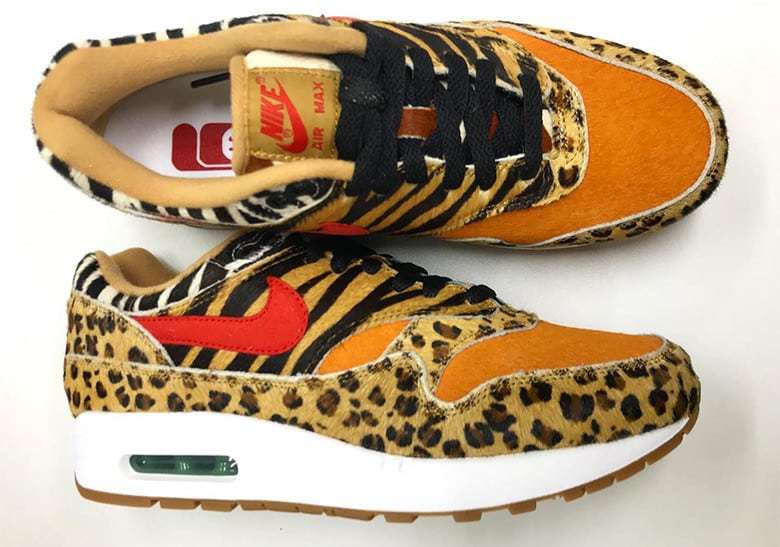