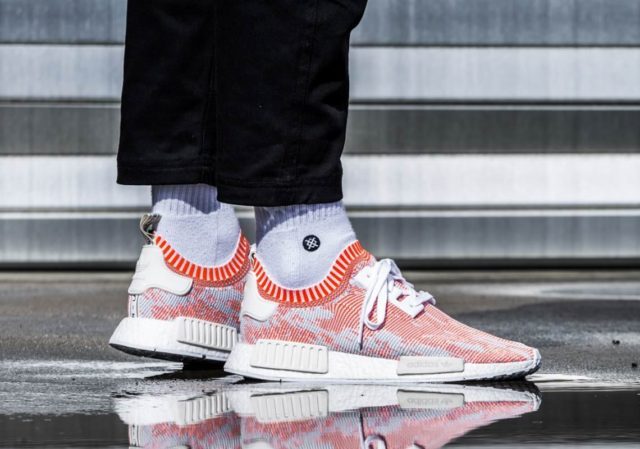 These two pairs of shoes have the perfect streamline and perfect color matching.

Among the plethora of popular adidas NMDs, some of the most-loved colorways come from the “Glitch Camo” pack. Featuring flecked Primeknit uppers, each NMD in the desirable pack gave off an abstract camouflage look that was simultaneously stealthy and head-turning.

Originally released in 2016, they’re still a hot commodity among NMD collectors — and now they’re being brought back to market in limited quantities. Returning in both the bright white/orange color (arguably the most popular of the bunch) and the murky cargo/black combination, the Three Stripes is giving you a rare second chance at two desirable kicks — but there are some exceptions.Retailer 43einhalb has stock of both shoes but is releasing them in-store only, so if you’re not in Germany you’re likely not getting a pair. Let us know what your favorite “Glitch Camo” NMD is below, and stay tuned to our Sneaker Release Dates page for all the fall Trefoil Brand release information you need.